The 8450 was the most popular of the Charlton reels built for trout. The 8350 was small (3” in diameter), perhaps most suited for rod weights 1-4, and the Signature Series 8400’s were slightly heavy for a trout-weight setup. As such, the 8450C with its 3.5” diameter became the fan favorite in the lineup. Originally, these reels were available with three spools: the 3/4 (large arbor), the 5/6 (medium arbor) and 7/8 (small arbor). The 3/4 proved to be a little too large in arbor size, limiting the line sizes an angler could put on the reel to 4 and lower before running out of room for backing. The 5/6 was the most popular, though recently the 7/8 spool with its maximum capacity has become a popular size for anglers that want to experience the Charlton feel in any line weight from 3-8. If you are doing precise lightweight saltwater fishing or any trout fishing on the planet, this reel is a great chance to get into the game.

This reel is used but has been very well cared for, and show virtually no sign of use on the finish. There is some slight wear on the counter balance, and the terminal end of the screws that attach the reel foot to the frame, but in all Charlton reels the interior of the threads were also anodized with the type III anodizing and this should present no issue to its performance. Unlike every other Charlton reel produced, these were user-convertible, and changing from RHW to LHW is simply a matter of rotating the dial on the inside of the frame and raising or lowering the drive. If you want to fish what is perhaps the best trout reel ever produced, this is your chance. 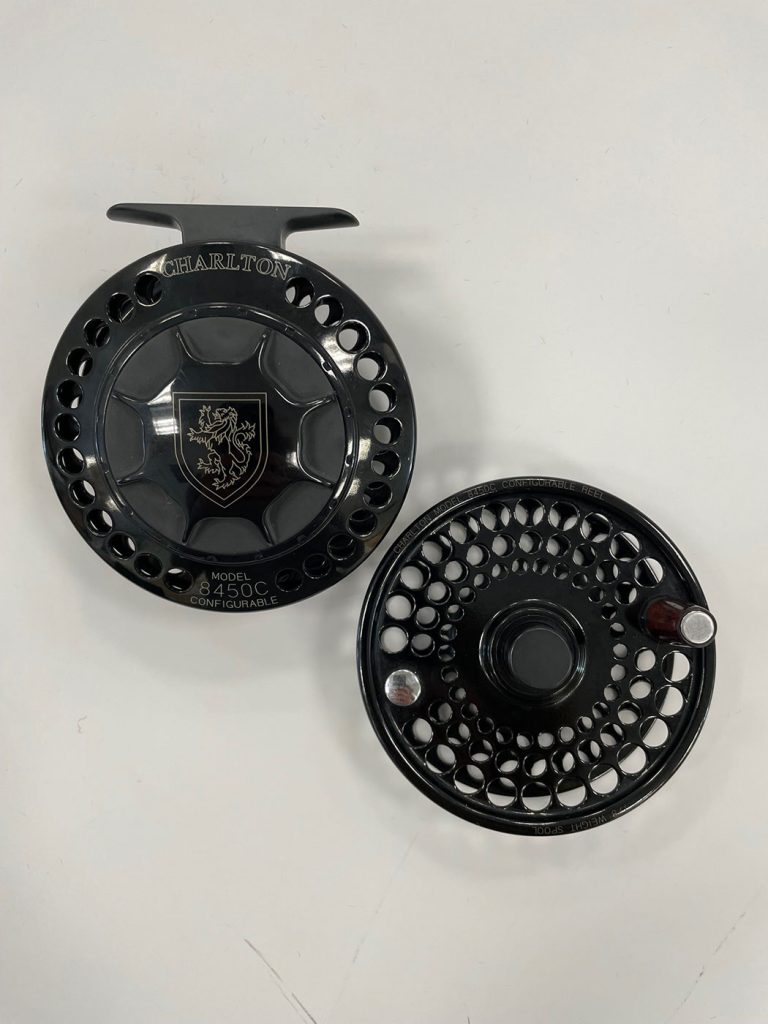 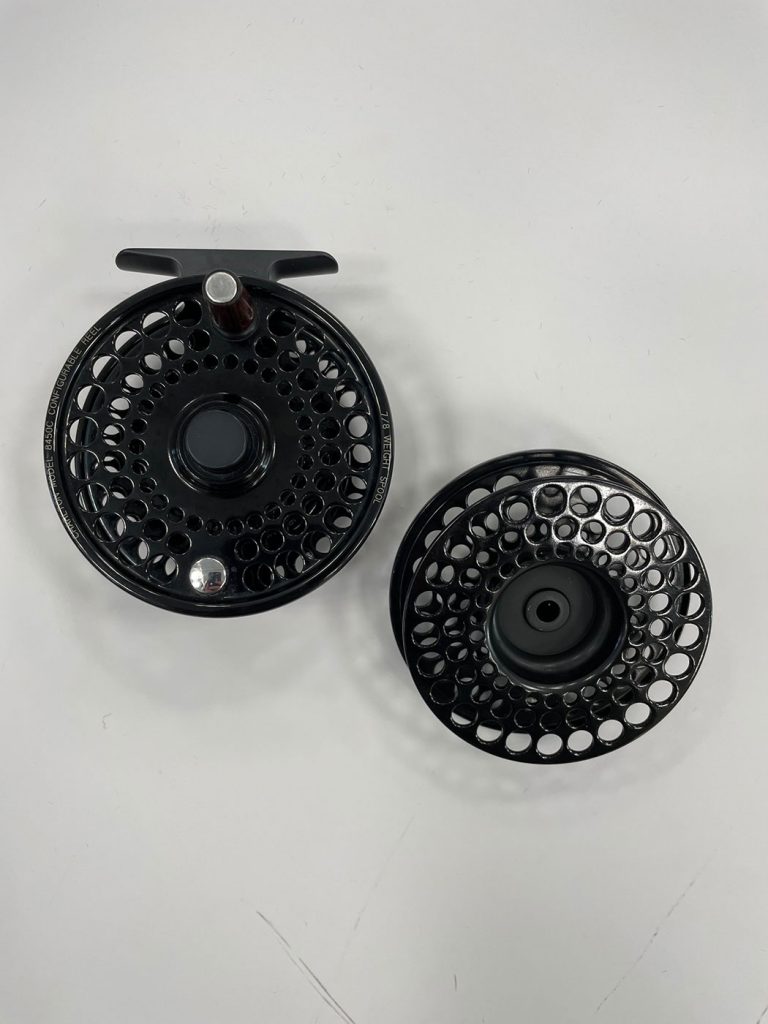 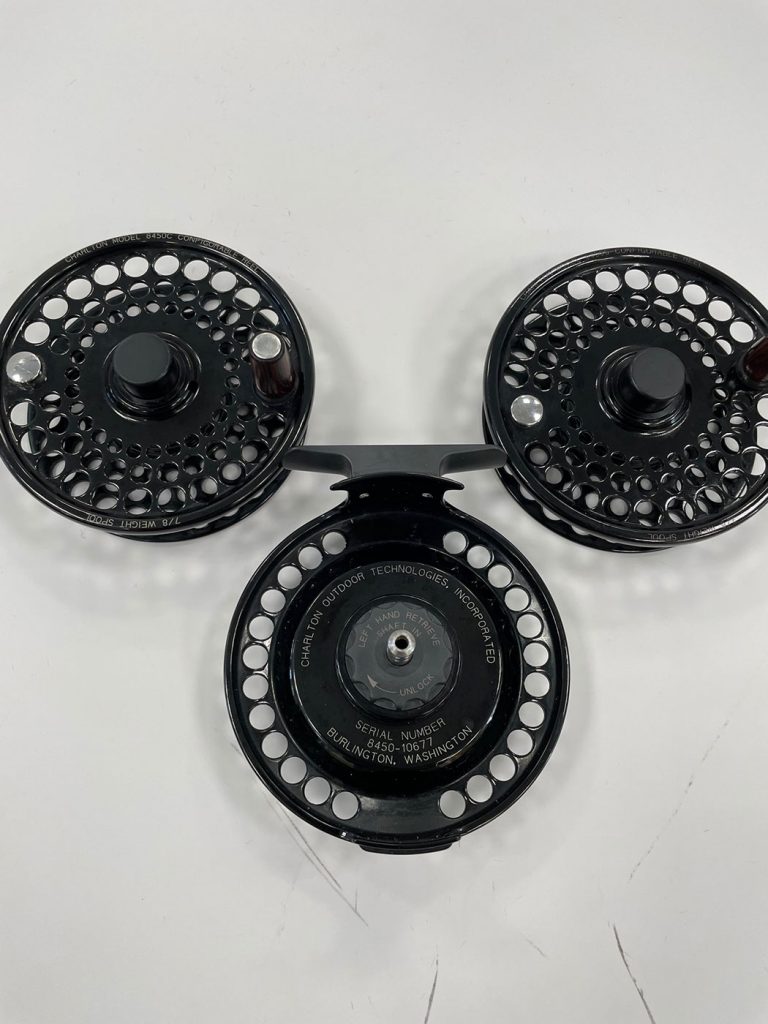 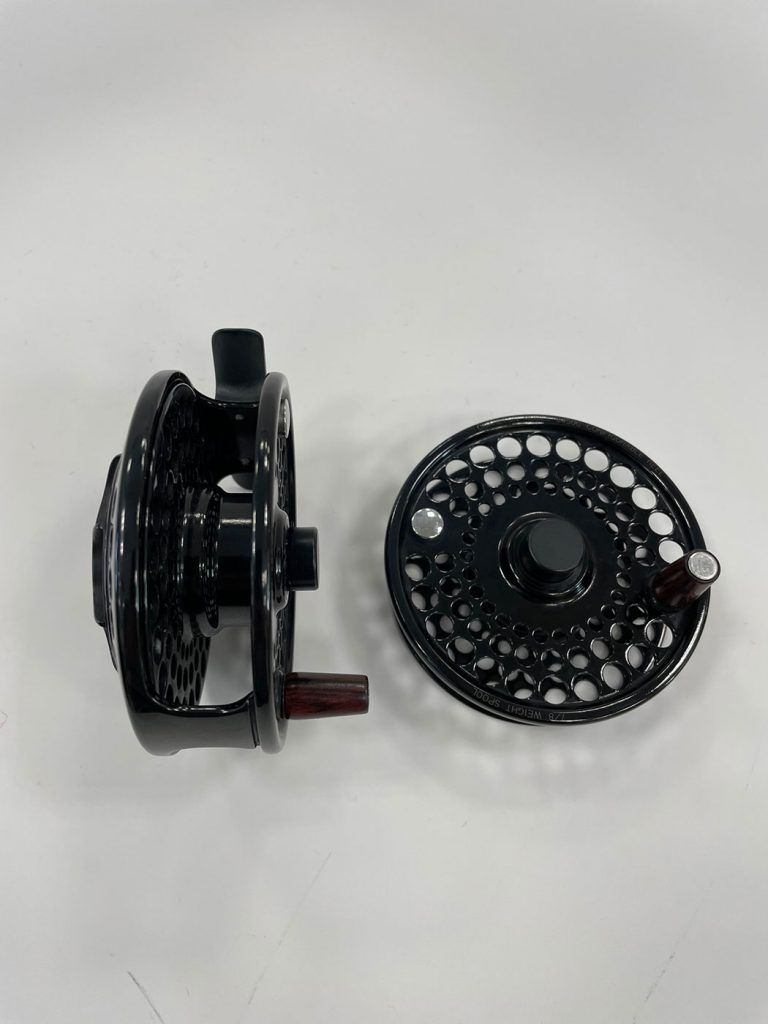 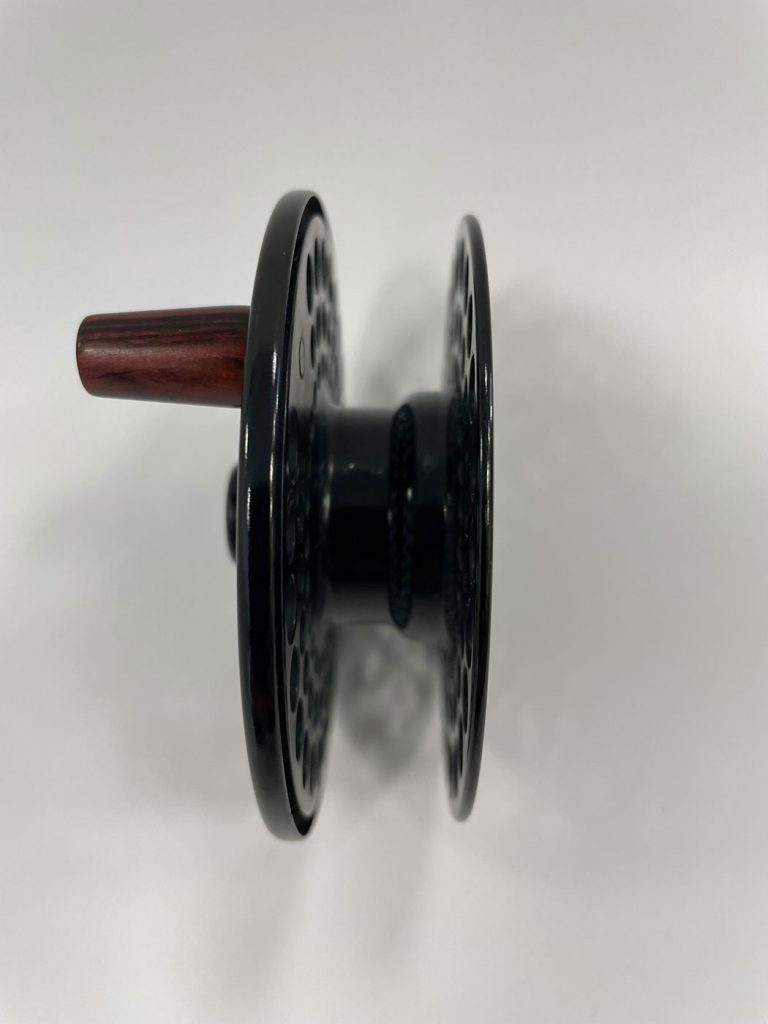