This reel is a great example of an early Charlton Signature Series that was produced before the shift to carbon fibre drag material. It’s been used a handful of times in fresh water, and save for the two marks (one on the rim of the spool and one on the reel foot, both photographed in detail) it is in excellent++ condition. It also ships with the original receipt, the letter from Jack that accompanied all early reels, and an early copy of Jack’s business card. The original box is also included, this one with the early check boxes including options for which wood was used in the handle, as well as the “fly” or “mooch” demarcation on the label. In sum, this is a great opportunity to purchase an early Charlton that represents the shift in the company to the Signature Series and carbon drags. Ships with all of the above, as well as the early zippered pouch that was standard before the green (and subsequently blue) cordura cases that became standard later.

The 8500 1.2 is a great size for any rod weights from 8-10, though with all of the included ephemera this would also make a great addition to any collection as an example of the cork drag models that preceded the later carbon fibre models. 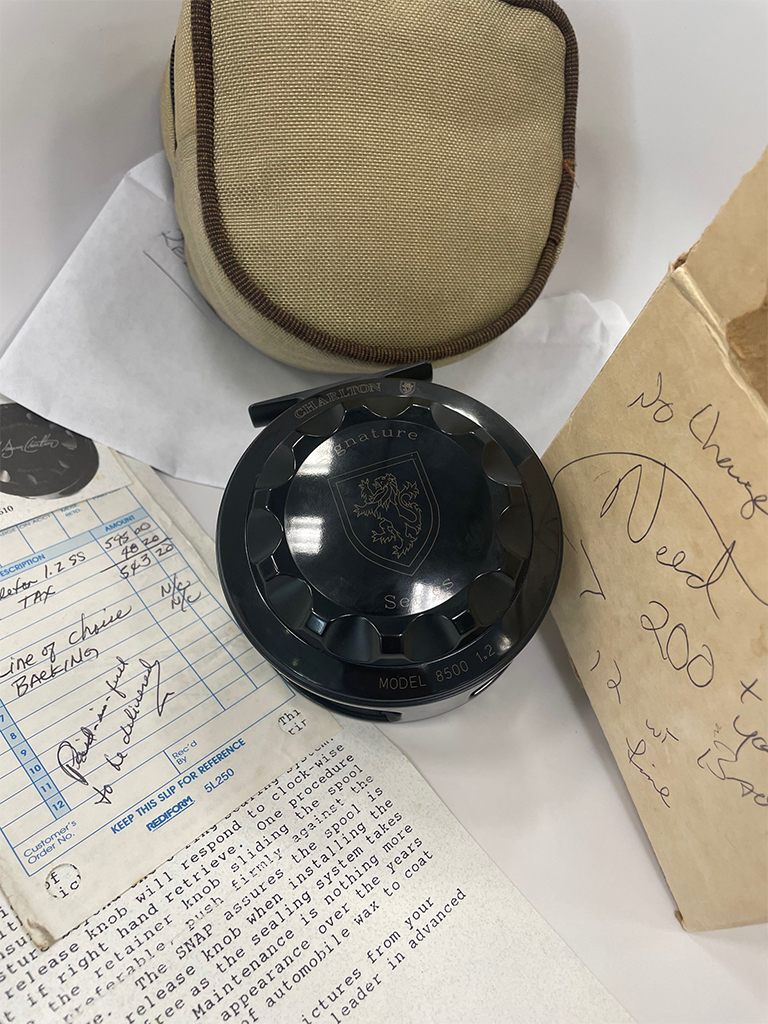 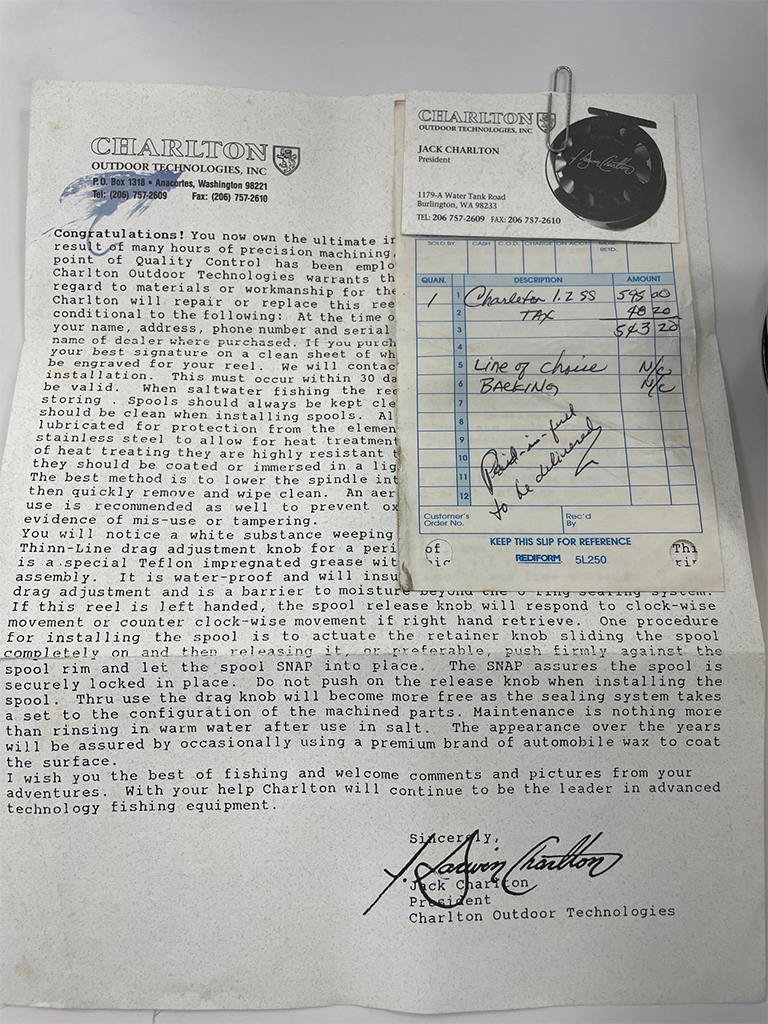 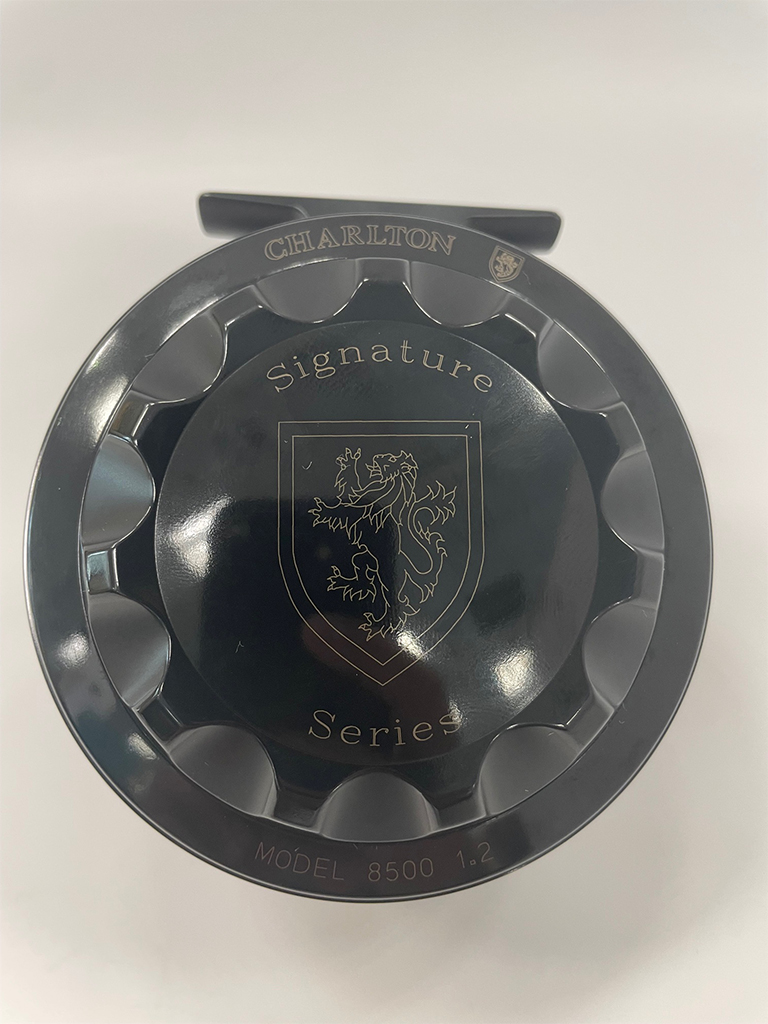 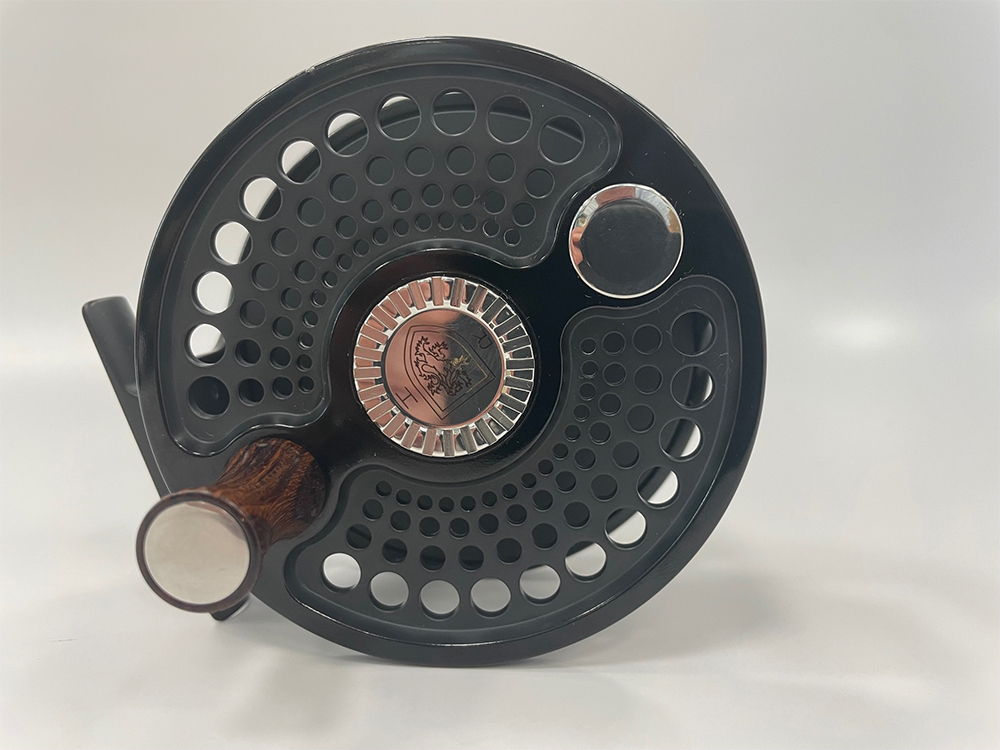 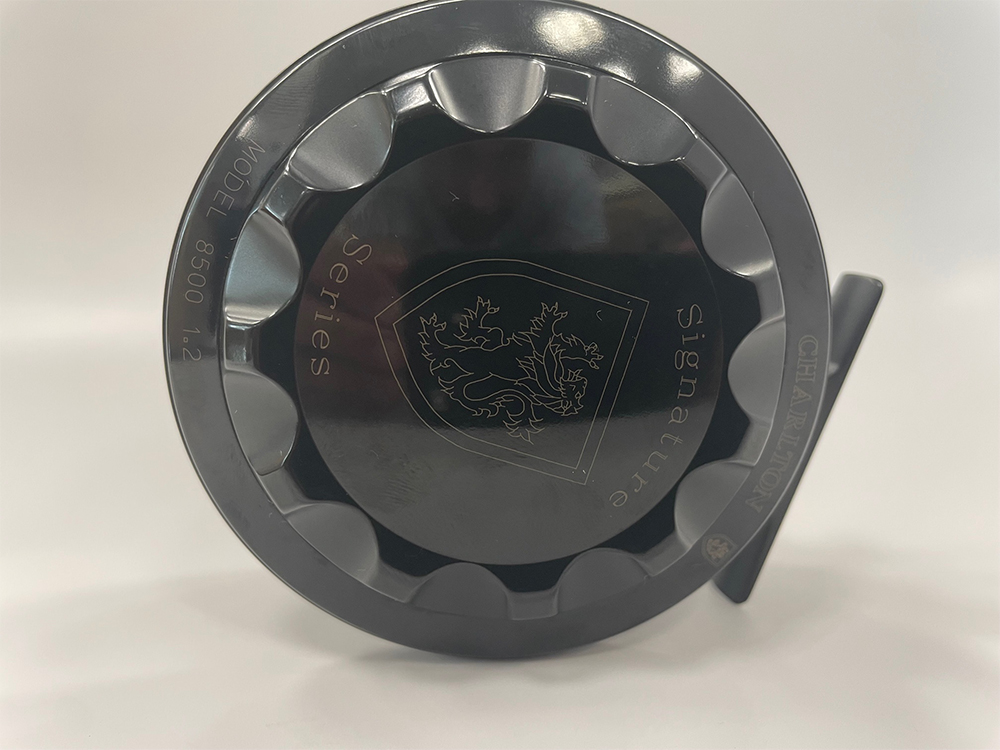 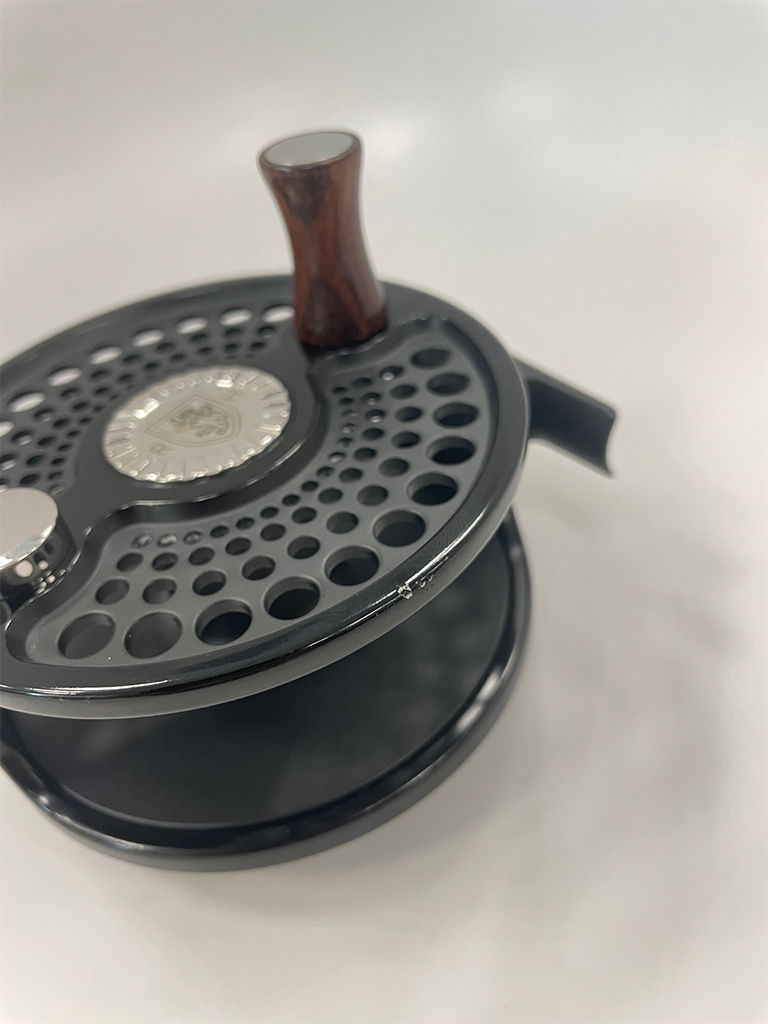 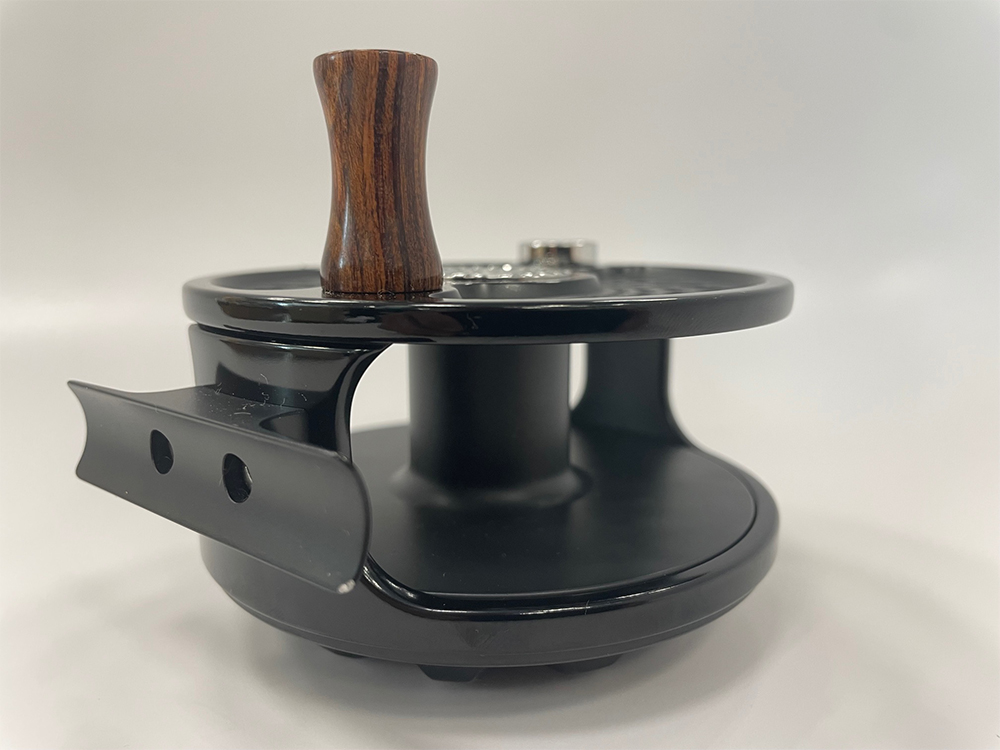 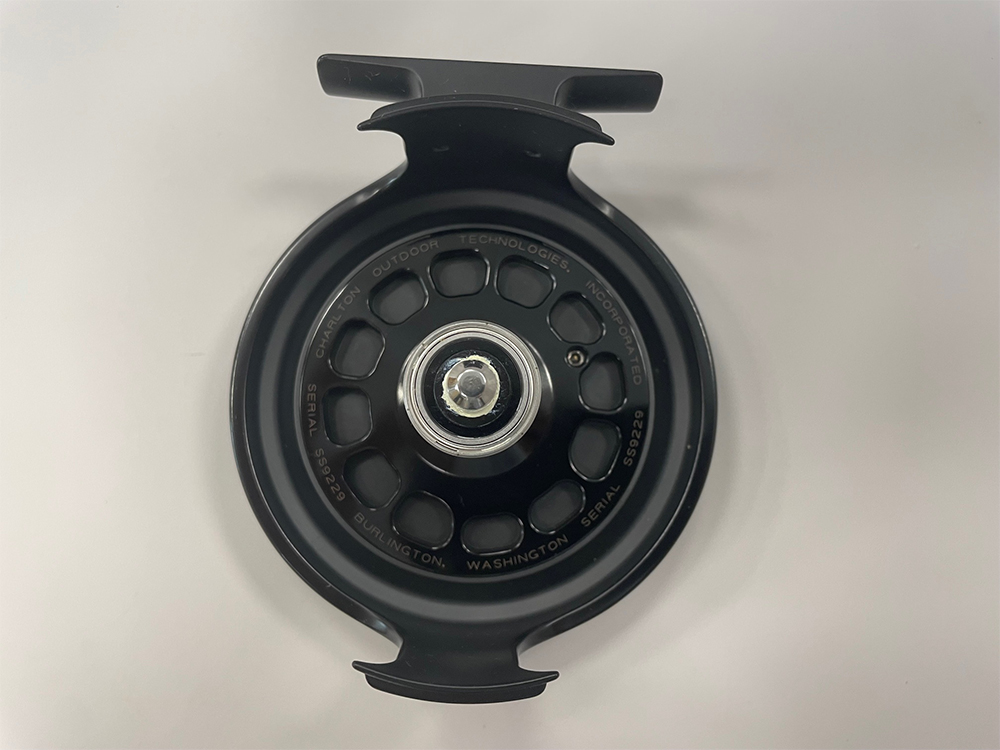 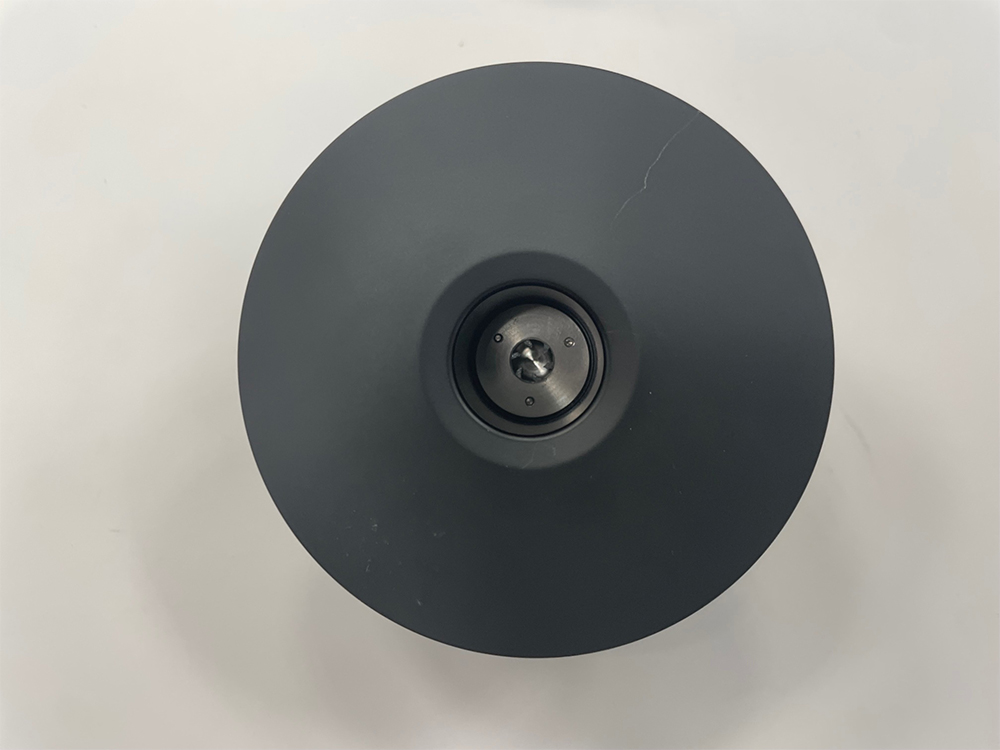