This is a complete 8550C, as new as the day it shipped from Charlton Outdoor Technologies, Incorporated. It's serial number indicates it was an earlier reel, produced by Jack and Judy personally. Included are four spools--the bonefish, offshore, tarpon and the rarest Spey spool. Each is in mint condition, and this set offers something we rarely see: a totally complete, mint 8550C 'set'. For a collector this is a chance to own the four 8550C spools and a frame. For an angler, this is a chance to use the 8550C as it was intended: as a single frame with spools that make it fishable for everything from bonefish to blue marlin. From the bonefish spool with its large arbor and multiplying handle to the cooling fins and high capacity of the offshore spool, this set can take you from the flats of the Bahamas to the Azores, and every place in between (including, of course, a salmon trip with your two-handed rod). Rarely seen and even less frequently offered for sale, this is the chance to own a piece of reel designing history. Included with the sale are four original green cordura cases, which are original to the set when it shipped. 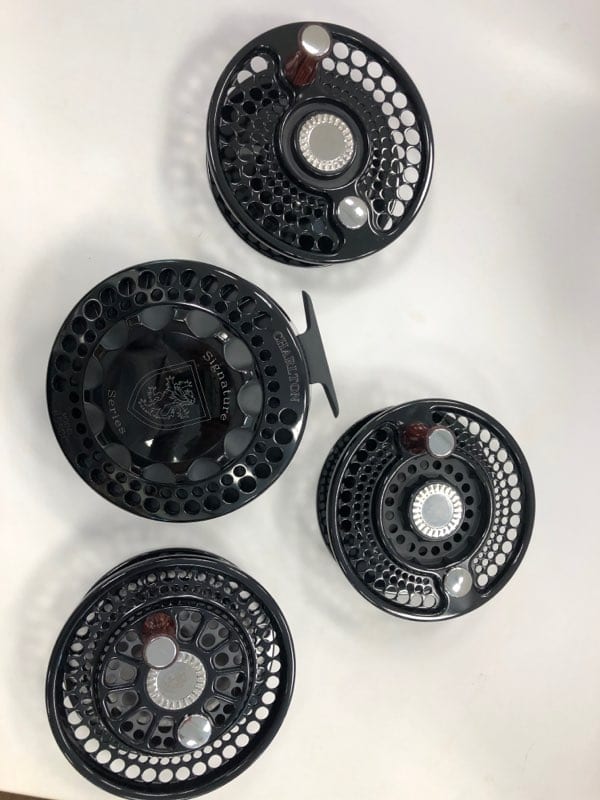 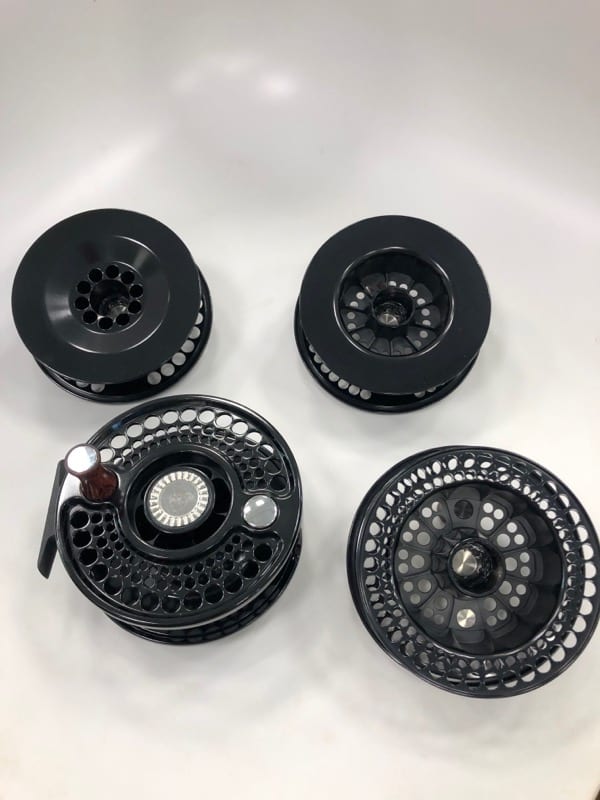 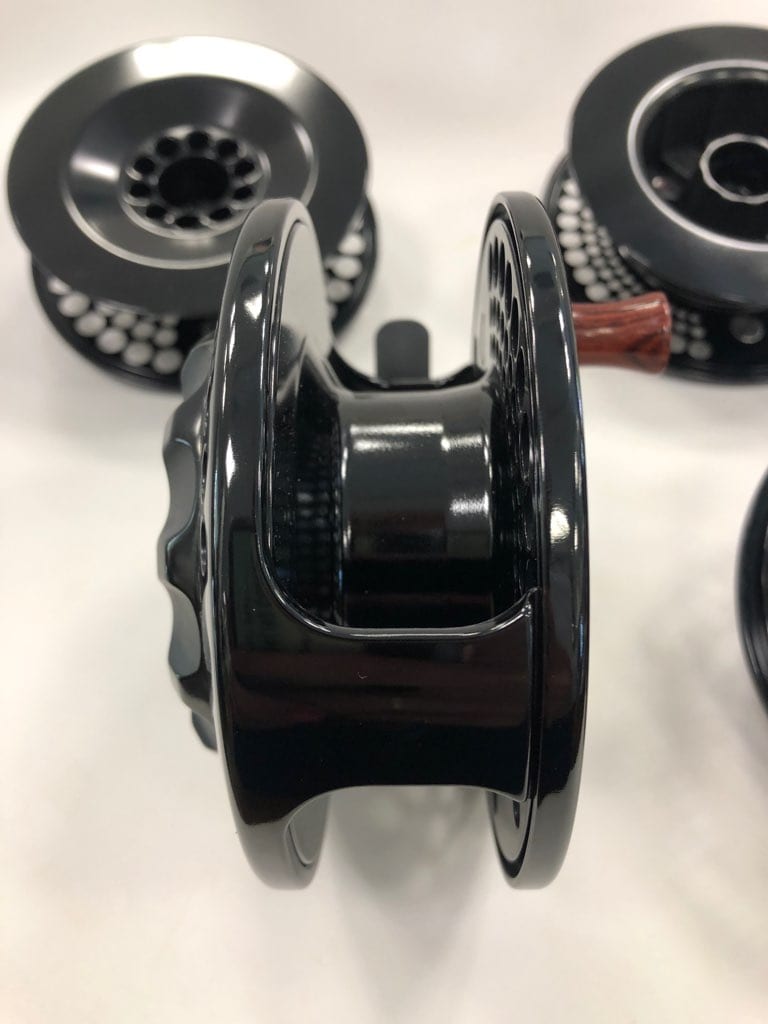 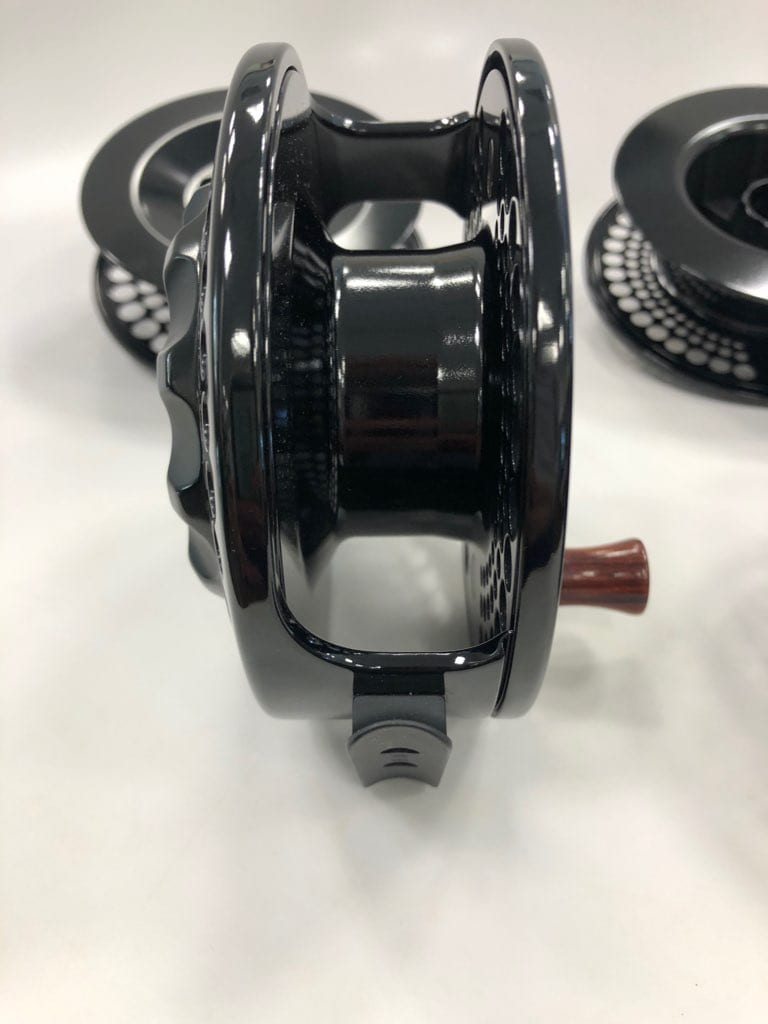 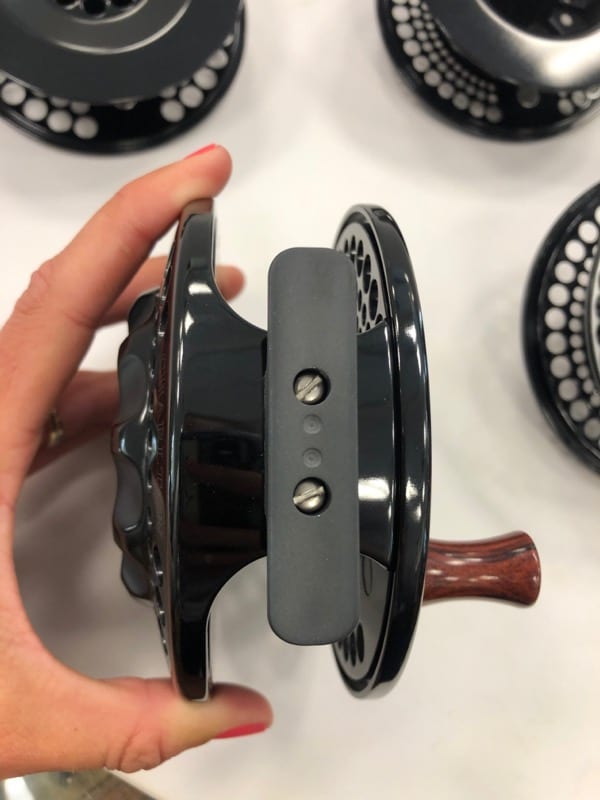 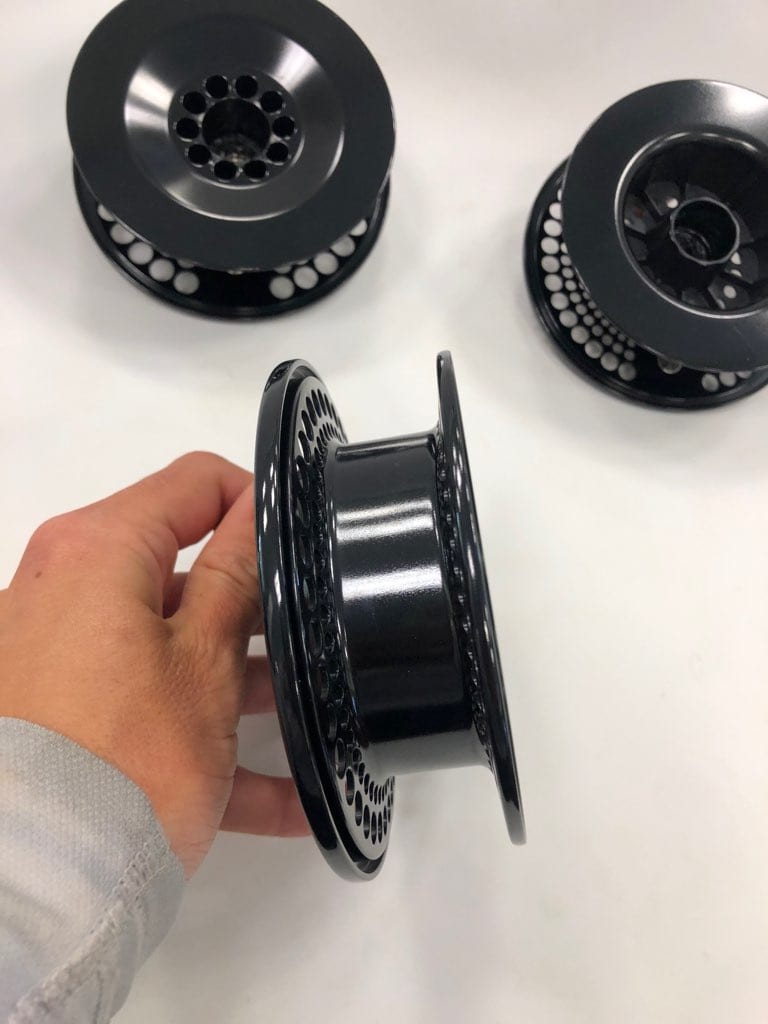 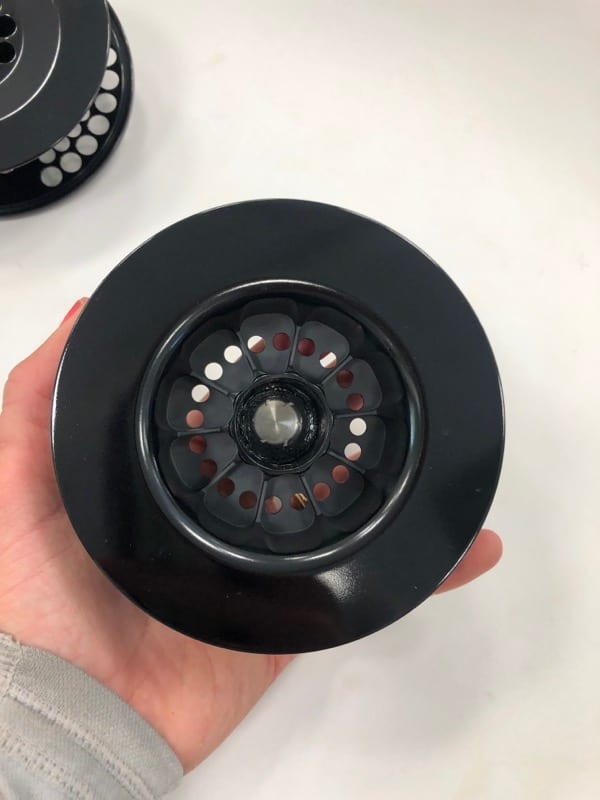 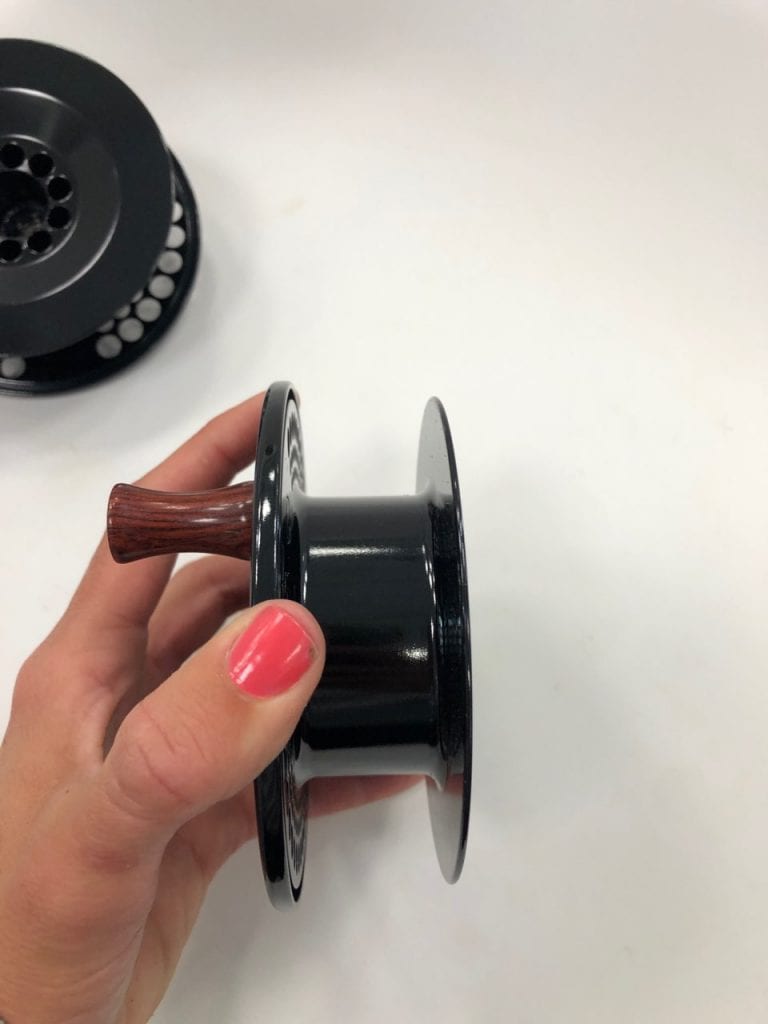 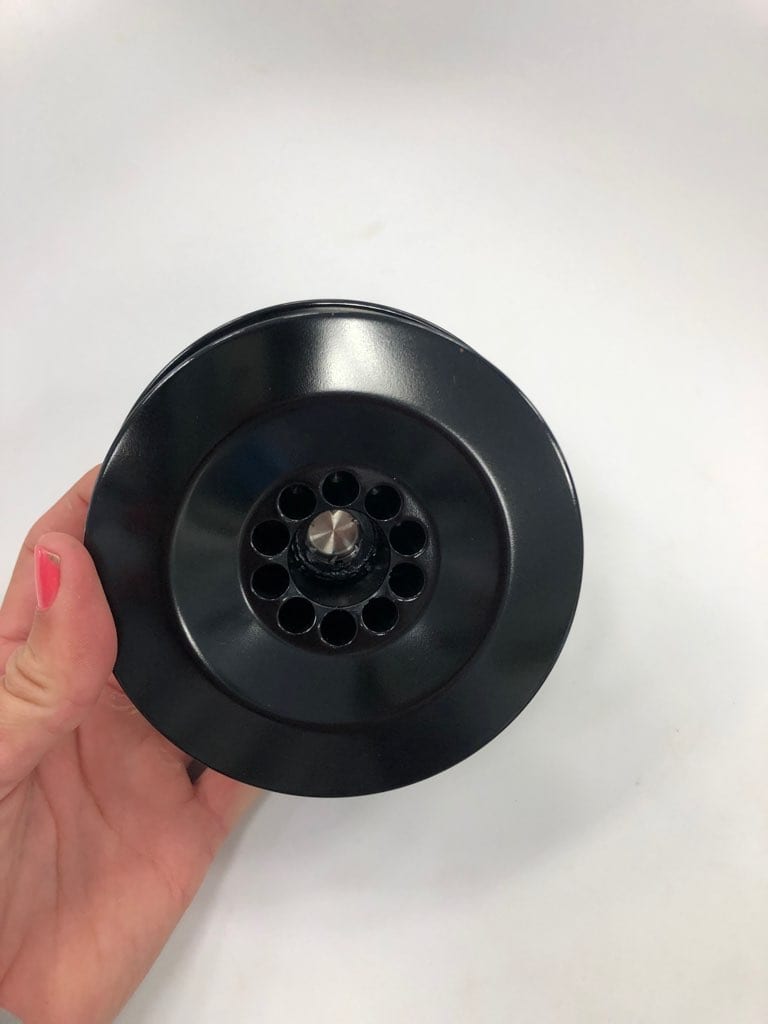