As a set, these reels represent the entire line of Seamaster “Mark” reels, all in direct drive. All are lightly use. All have stainless pillars except for the Mark IIIW, in which the entire frame is machined from a single piece of aluminum, dating it as a second generation model. There are a few marks on the reels: the Mark III shows a ding on the spool face as well as on the reel foot, and the other Mark III and the Mark II both have smaller wounds on the outside of their reel feet.

For a collector wanting to display the entire Mark Series of Seamaster reels, or marvel at the precise machining work that Bob “Cap’n Mack” McChristian put into every reel he made by hand, this is a fantastic opportunity. Four of the reels (the Mark I, II, III and IV) ship in their original boxes with paperwork included in three, and the IIIW ships in a non-original red cordura pouch. 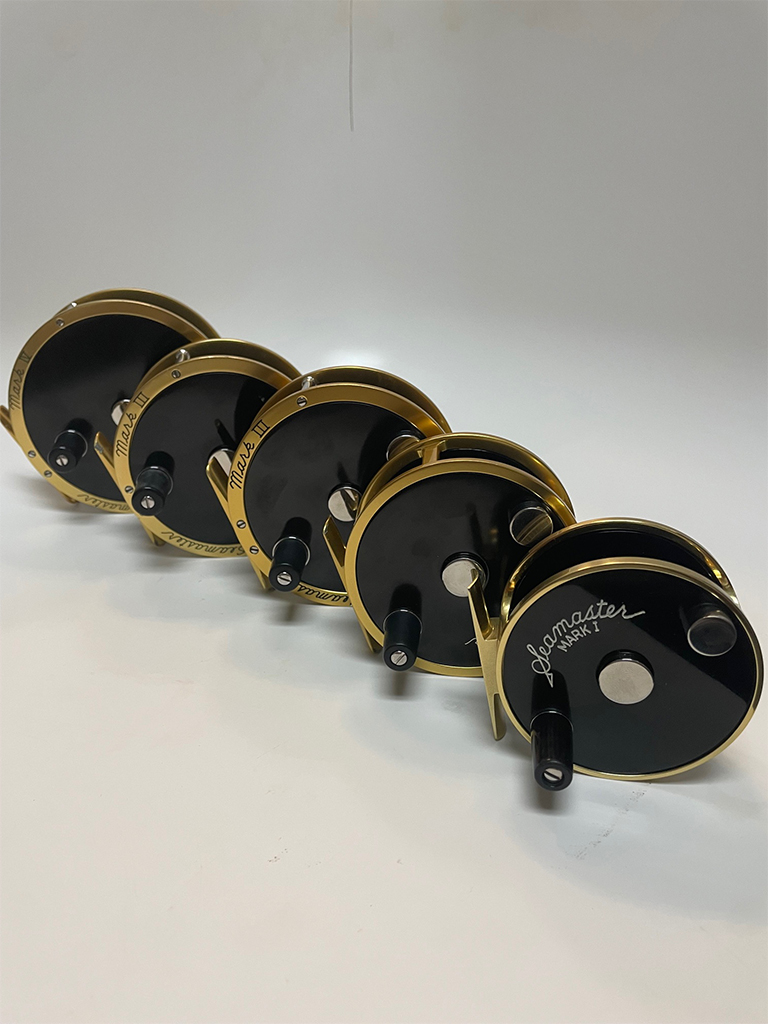 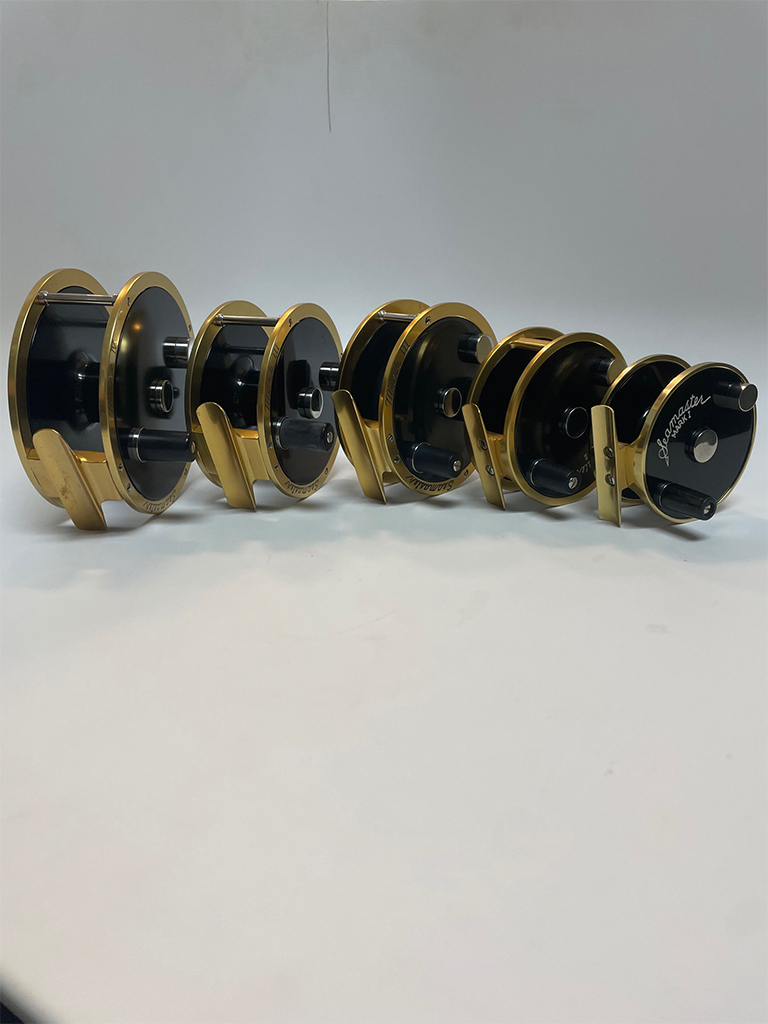 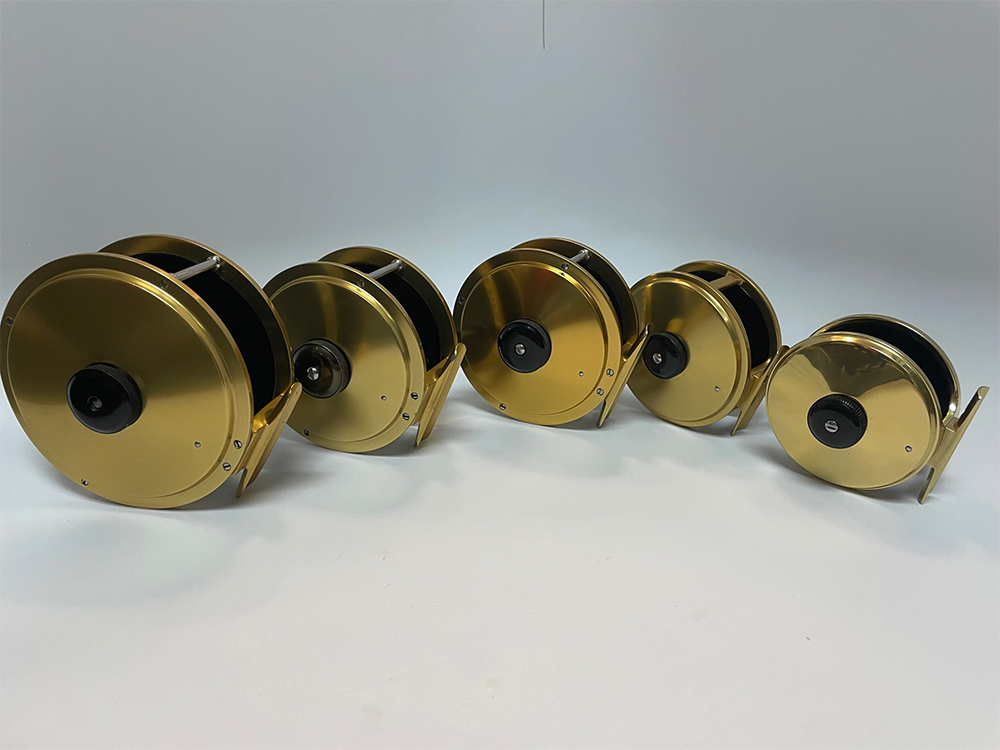 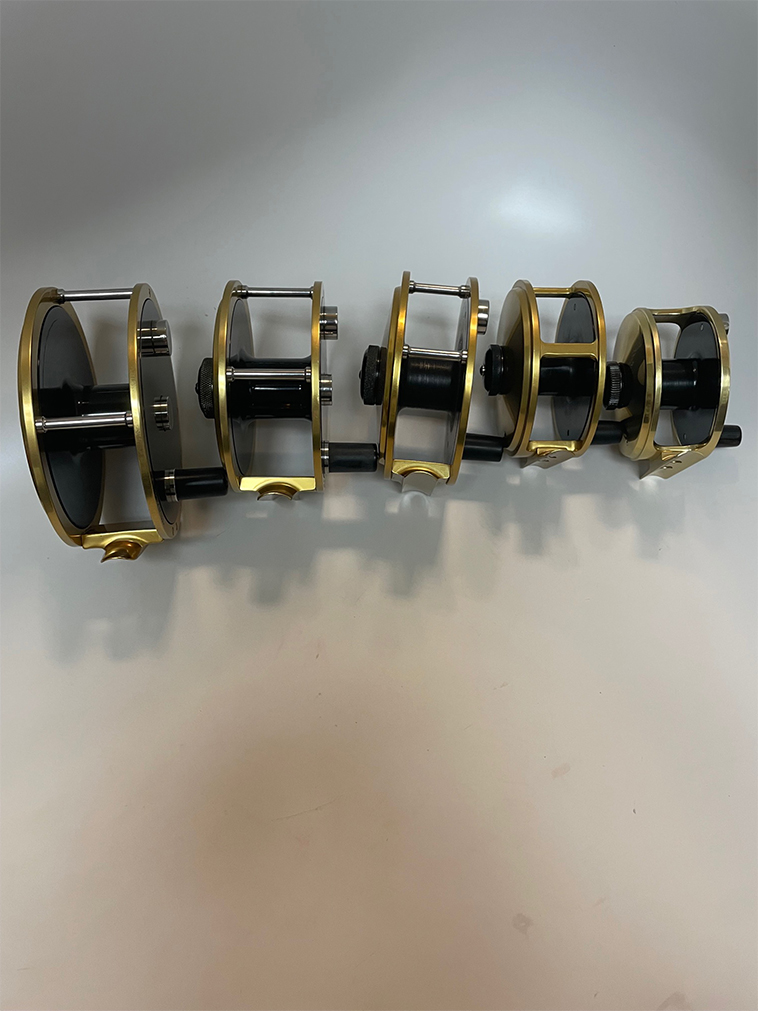 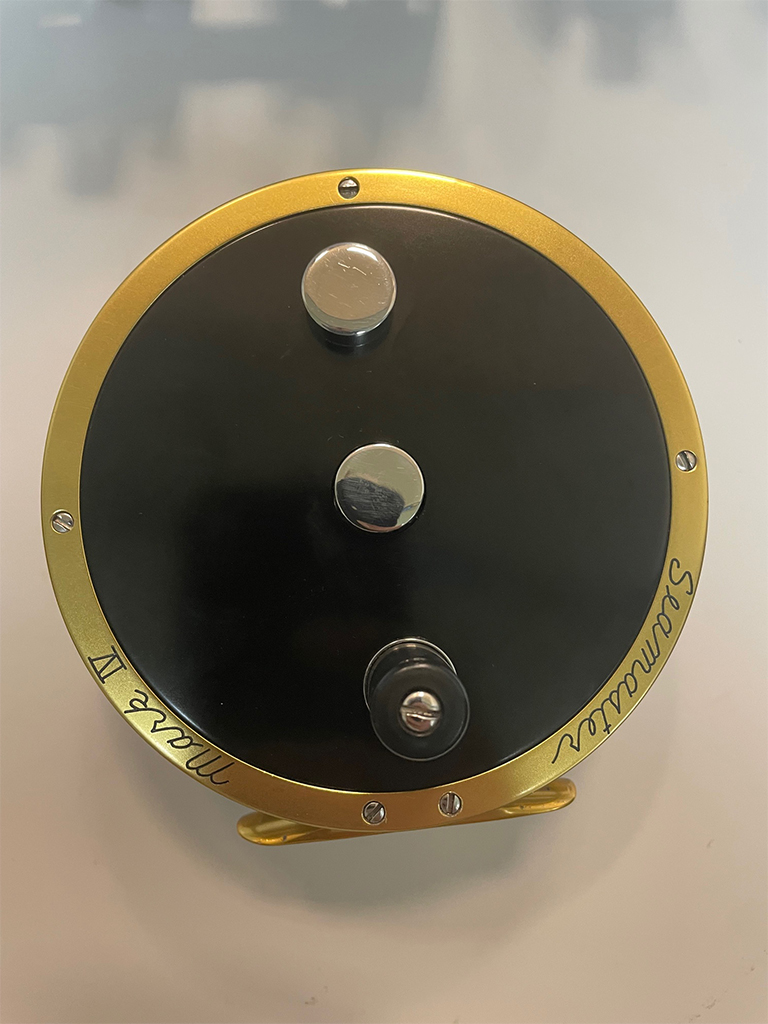 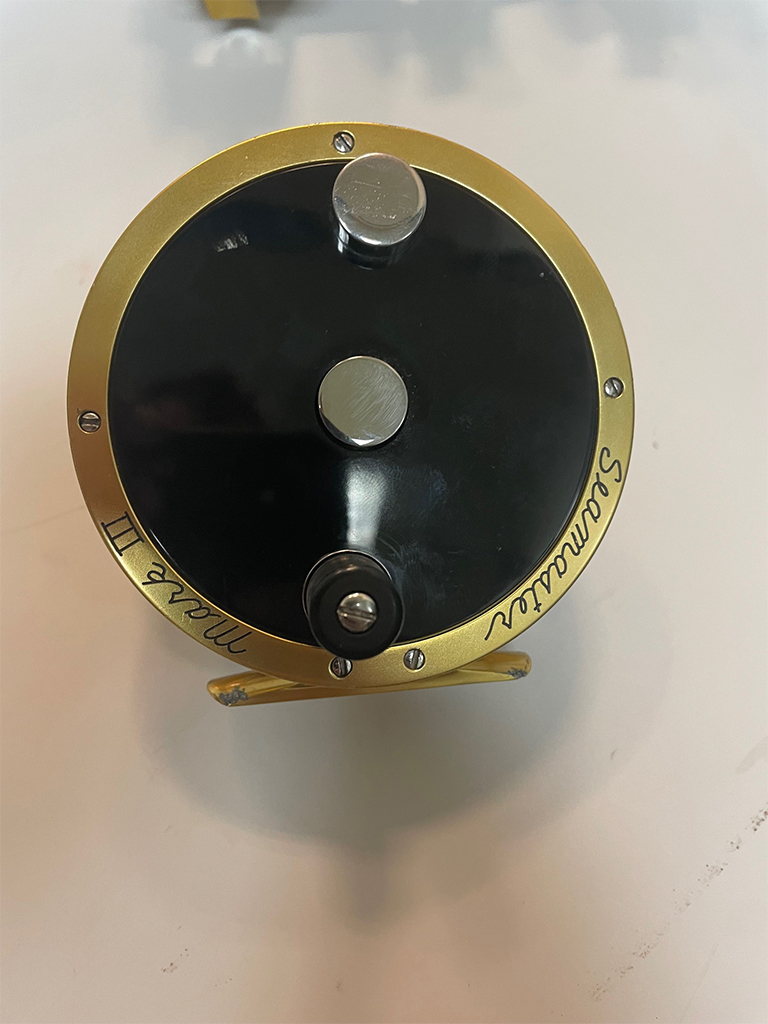 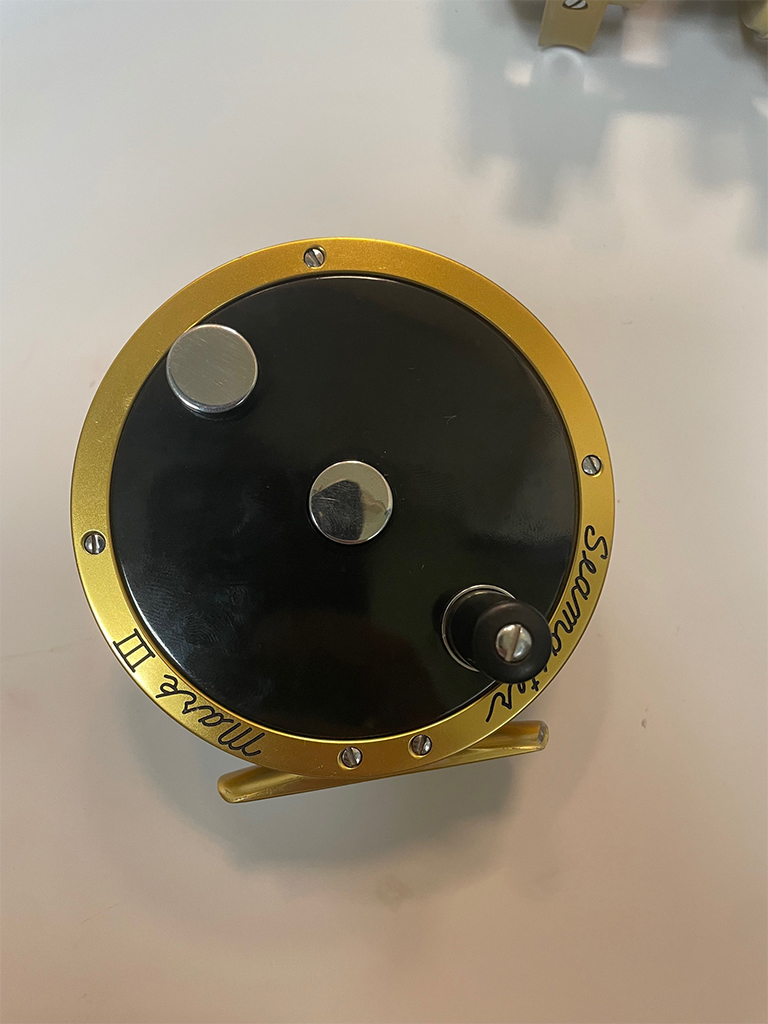 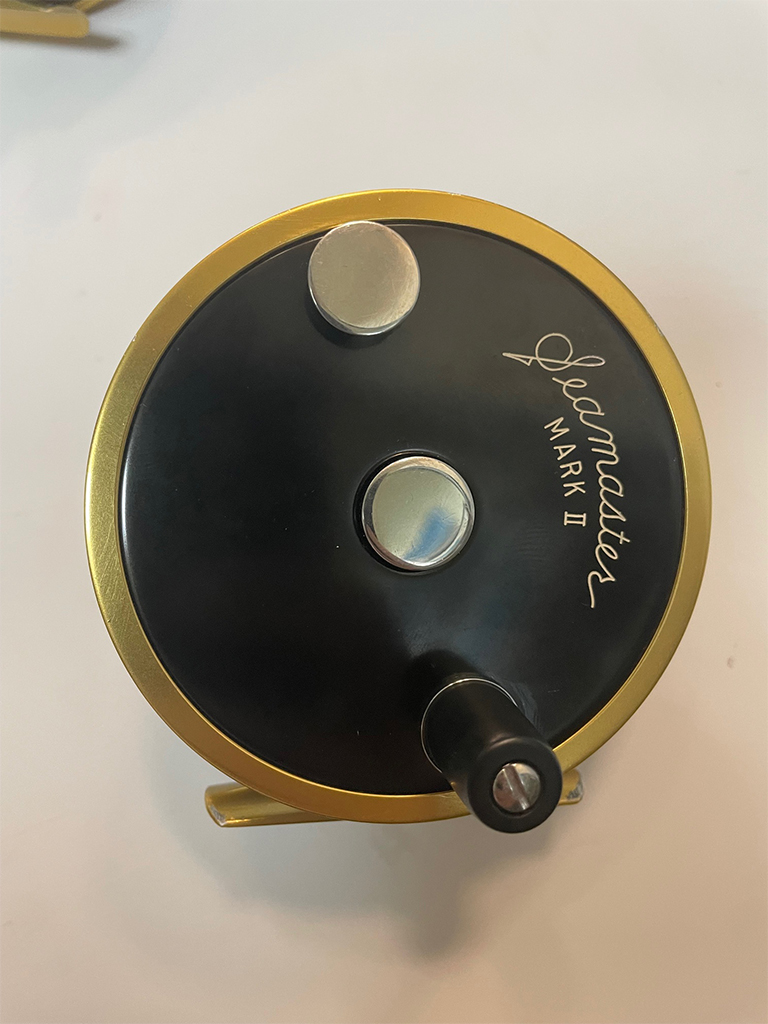 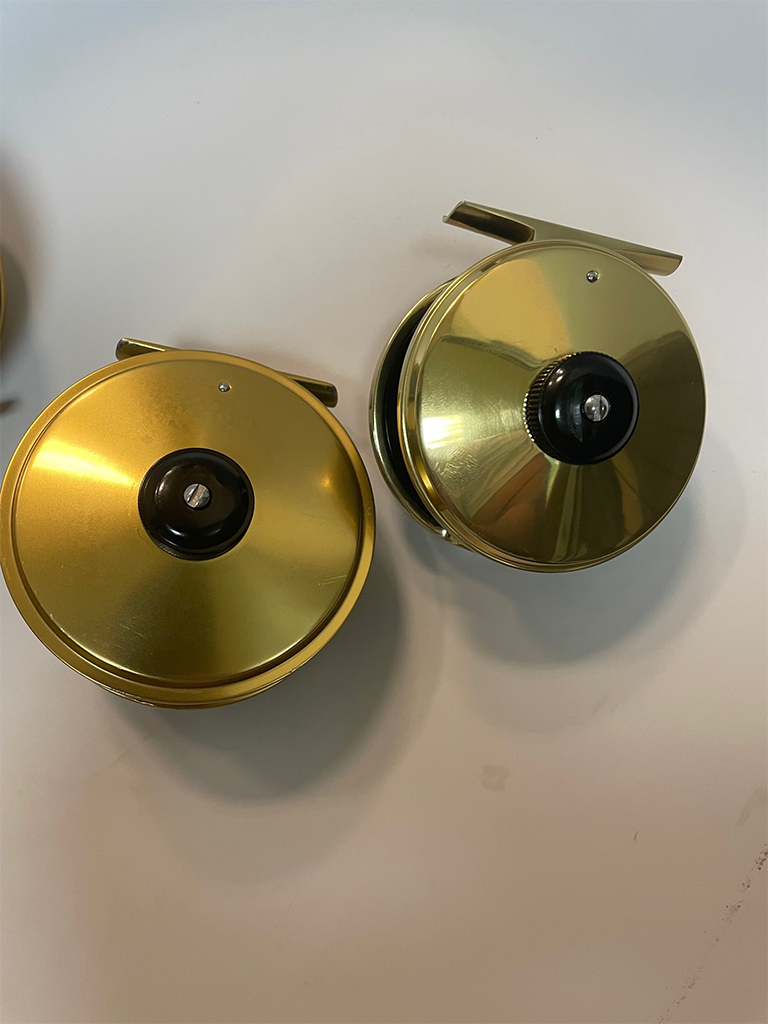 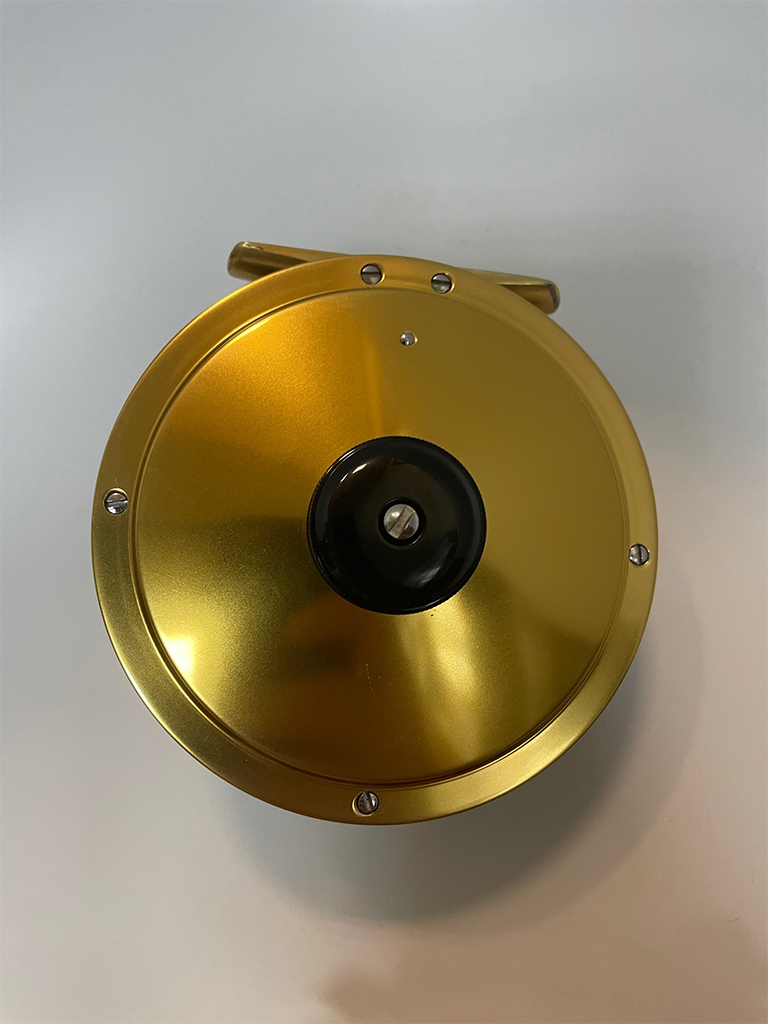 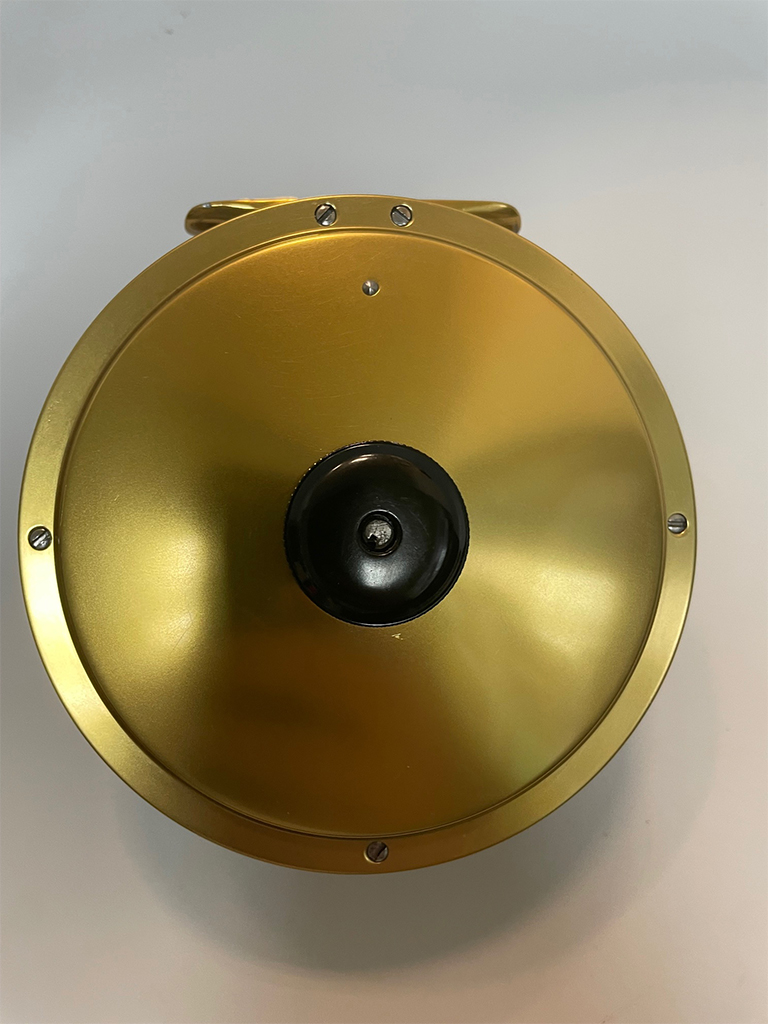