An early example of the 8550C with the tarpon spool, this reel has never been lined or fished. Part of a collection being sold, it includes the original box, case and factory paperwork. The handle has been oiled, and the box contains a rare piece of Charlton ephemera: an early paper label, one that we have never seen, that includes the model and other attributes, such as the “fly” demarcation (instead of the unmarked “mooch” label that would indicate a reel that had two handles for mooching as opposed to a counter weight opposite the handle) as well listing the wood options for the handles. This one is rosewood; the oak, ebony and walnut options are unmarked on the label. The date on this label appears to be 1995 or earlier, as the only models listed were reels that came with cork drags—in the case of the 8600, there were a few cork drag 8600A reels that predated the later 8600B model. The “8550” model and word “tarpon” are hand-written on the box by either Jack or his wife, as there was not an option for these models on the label when it was attached. 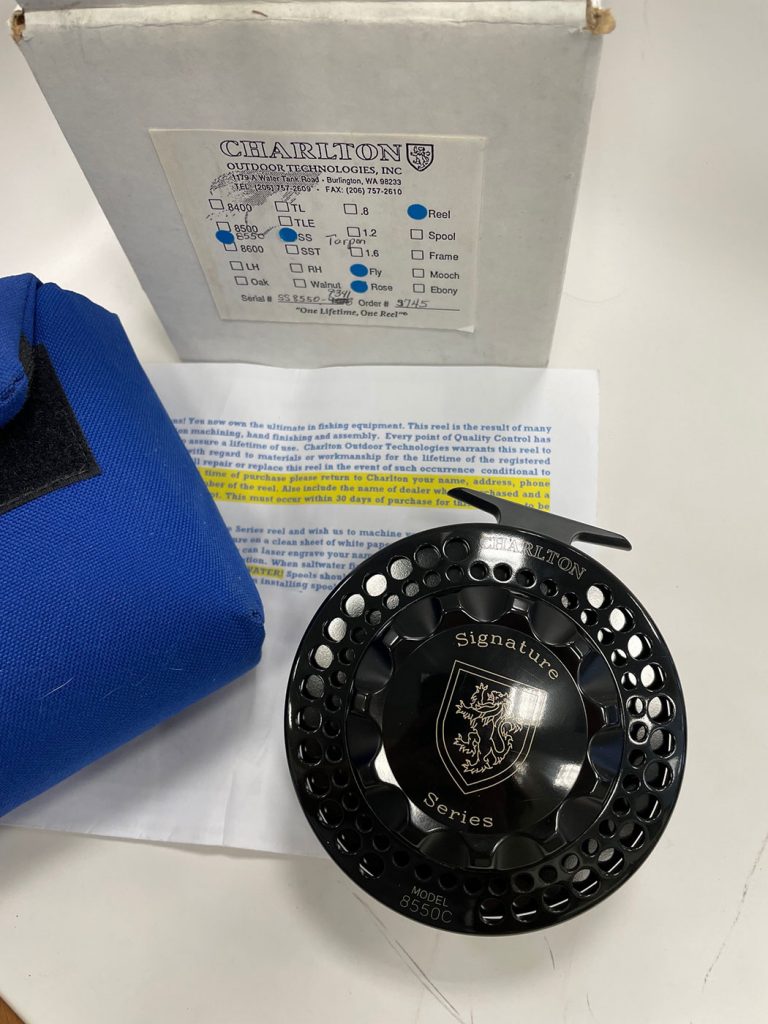 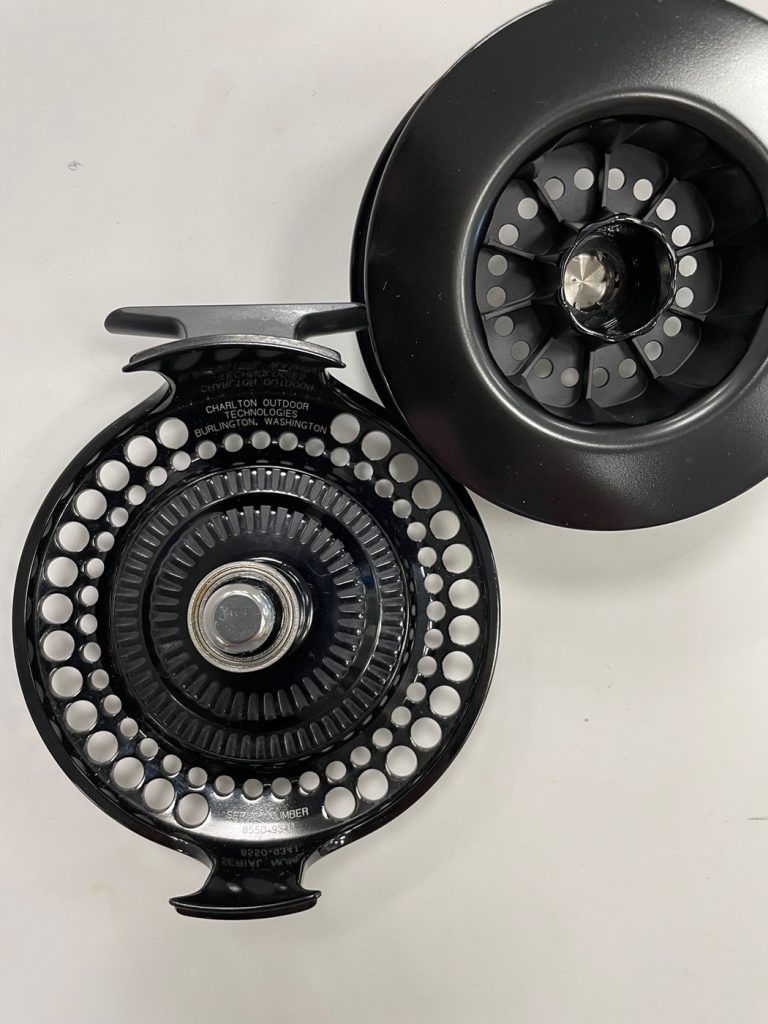