Earlier last week I had the opportunity to fish for a three-day stint, each day with a different guide and in two cases joined by a special guest.
Sunday I was invited by Wes Smith to fish with Ian Slater, and we left early with high hopes. The weather had turned to our favor, warming after a long cold spell, and Wes and Ian had enjoyed a pair of decent days leading up to this day without a capture but with plenty of shots. We fished hard throughout the day, seeing a fair number of permit but beginning to wrap our minds around the pain that is January permit fishing. I forget every year how annoying they are before things get normal later, and the thick of it was thicker than usual on this day. We had a number of shots that might have worked but didn’t, finally getting one to play ball on a less-than-perfect cast. Yay, fly fishing! Here’s what it looked like: 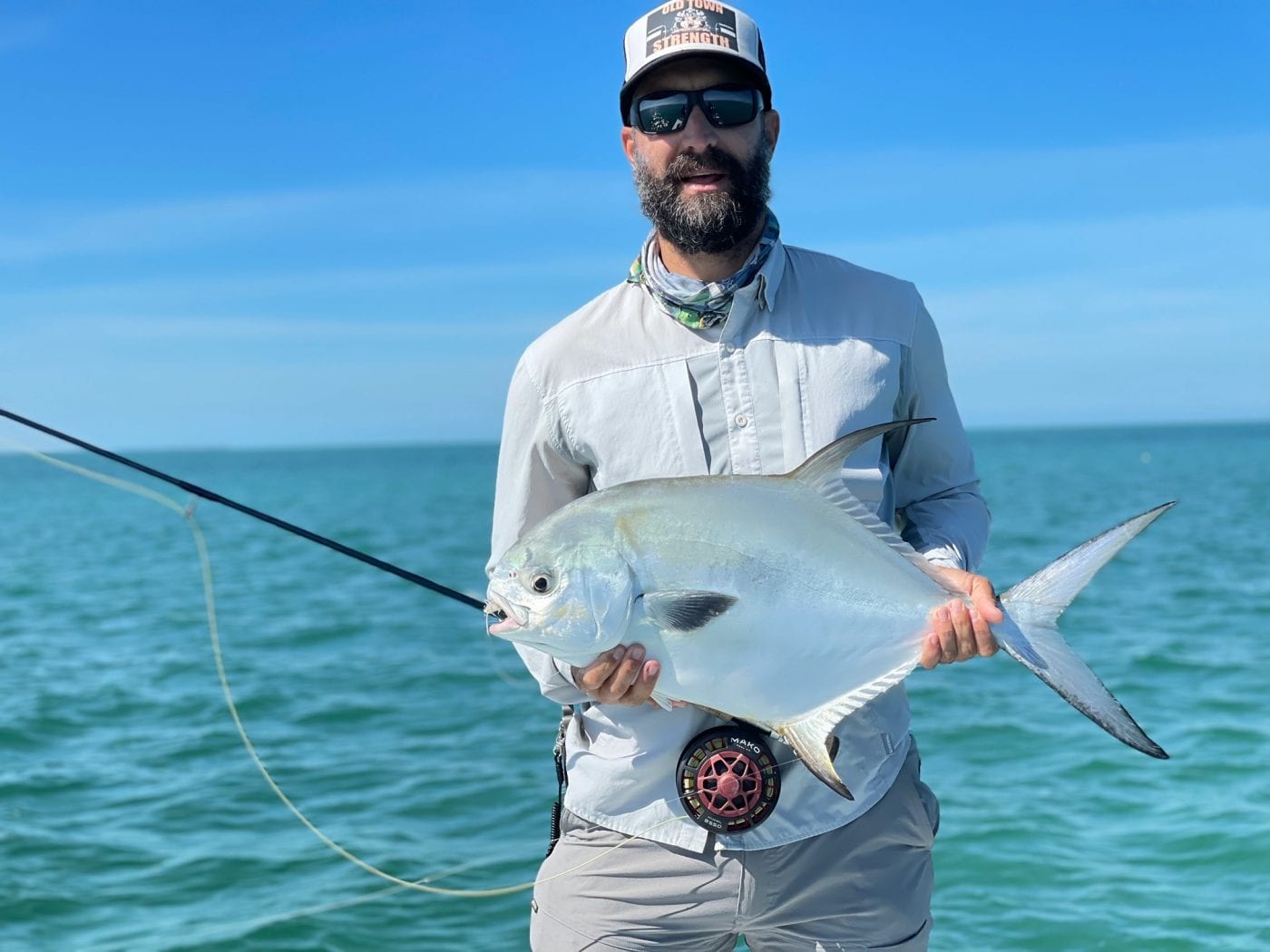 Monday a friend of mine Gil invited me to fish with him John O’Hearn, which was tons of fun. We had a few permit shots after looking for some baby tarpon in the early light, and two of these were shots I felt would be fantastic based on their quality. Neither worked, and in both cases the fish seemed to ignore everything about what I was doing behind them. The first let me cast in its direction a handful of times, slowly swimming away from me until I gave up on the principle of it all. The second was at a pair that acted strangely, tailing in deeper water with their mouths nowhere near the bottom, and while I thought I felt something on the best of three casts my fly returned lipless back to me.
After a move we had one more shot that I summarily botched on a cast to a fish without realizing there was one nearer to me, and after this I was starting to feel definitively like I was not fishing at my best. We had another opportunity not long thereafter, and on this one I was determined to turn the tables. A long walk later at a small group of tailing permit, I got the fly near enough to one to see a slims smudge bend in behind the fly, and when I left the fly in place a little longer than normal we all got to see the confirmation of a flapping tail a fish-length behind the fly. The fight was uneventful, though it did offer me the chance to explain to Gil my least favorite part of permit fishing: fighting them. When it was over we grabbed the beastie for a glamor shot: 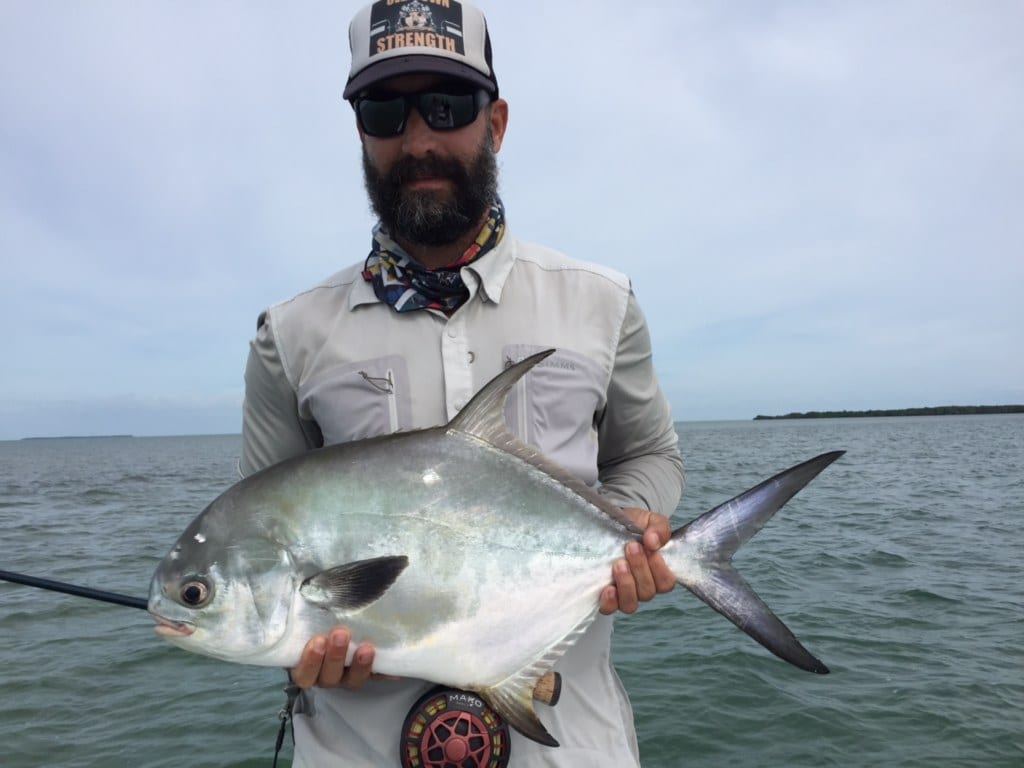 After that we kept on, making our way through the day in hopes of catching another permit, but this wasn’t to be. We had a great time throwing at barracuda while they were around, and had a few more shots at permit that never reached the end game despite our best efforts. I’d like to thank Gil for the generous and fun invite on the day, and I hope we have a chance to spend another day on the water in the future.

The following day I fished with Nick Labadie, and we were treated to some of the most unfair behavior from permit I’ve ever seen. We had no less than 20 shots at fish that snubbed our best efforts, including four that ripped hard after the fly but seemed never to make the final error. After three hours I was pissed off at the fish and myself for not hooking one. The only living thing that I wasn’t upset with was Nick Labadie, who calmly poled us in to shot after shot and never judged the fish or his clearly broken angler–something for which I’m grateful.

After the fishing slowed down we headed in, and while I was happy for the day I was still internally afire with self-and-fish-loathing tendencies.

After these days was the Sugarloaf Showdown, and I’ll upload that report tomorrow and be current, with a pair of days with Nick Labadie afterwards in the chilly weather to tack on for total completion.