Since the Gold Cup, I’ve had the occasion to get on the water lots. The Keys are re-opened, and have been for a little over a month, and while this means that the water is more crowded than we fast became accustomed to it also means that the guides are getting back to work, which is a good thing.
For my part I’ve been out there fishing for the joy of it, free from the small box of tournament performance (or lack thereof), and having a blast. I had a day with Brandon Cyr that led to a double between us of tailing permit that allowed us to land them at the same time for a fun photo-op: 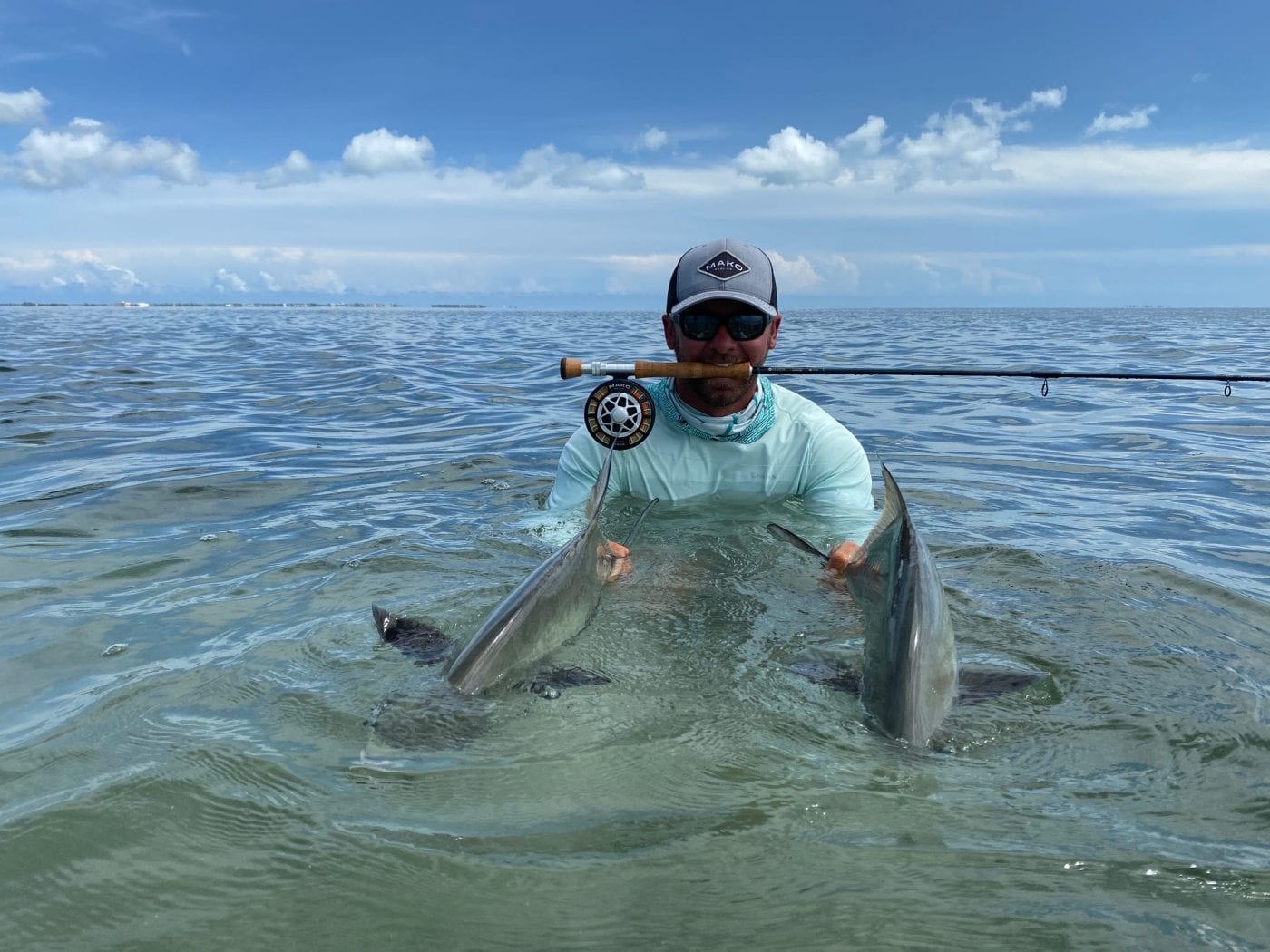 A pair of days with John O’Hearn ended without a capture on some tough fishing, though after we headed home he powered down and I hopped out after a group of three permit that gave up a bite to deliver to us some redemption: 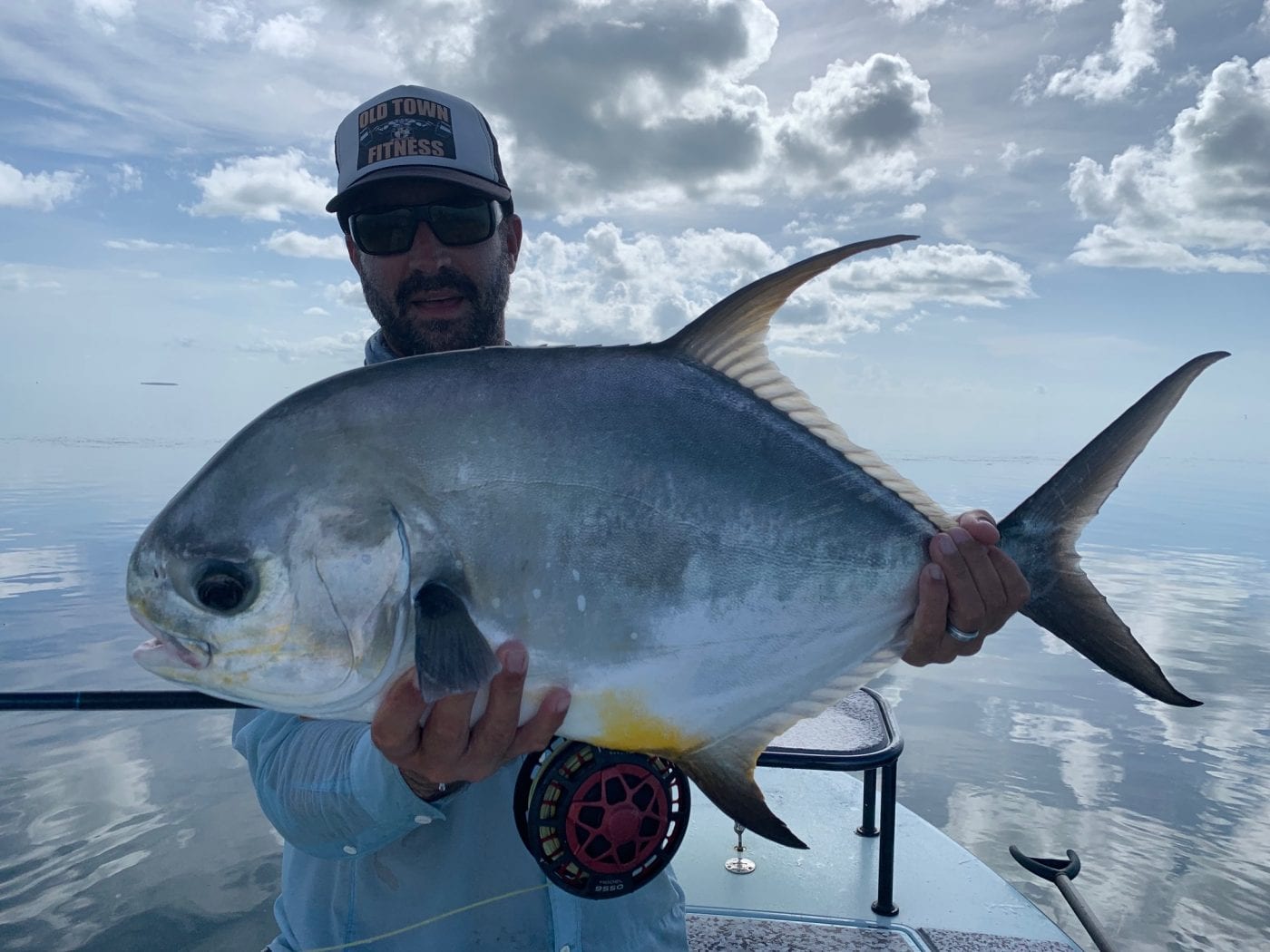 I caught a pair of fish with Ian Slater, on consecutive days, and one of these hopped on a ray as I was chasing it and gave one of the more committed bites I’ve ever seen: 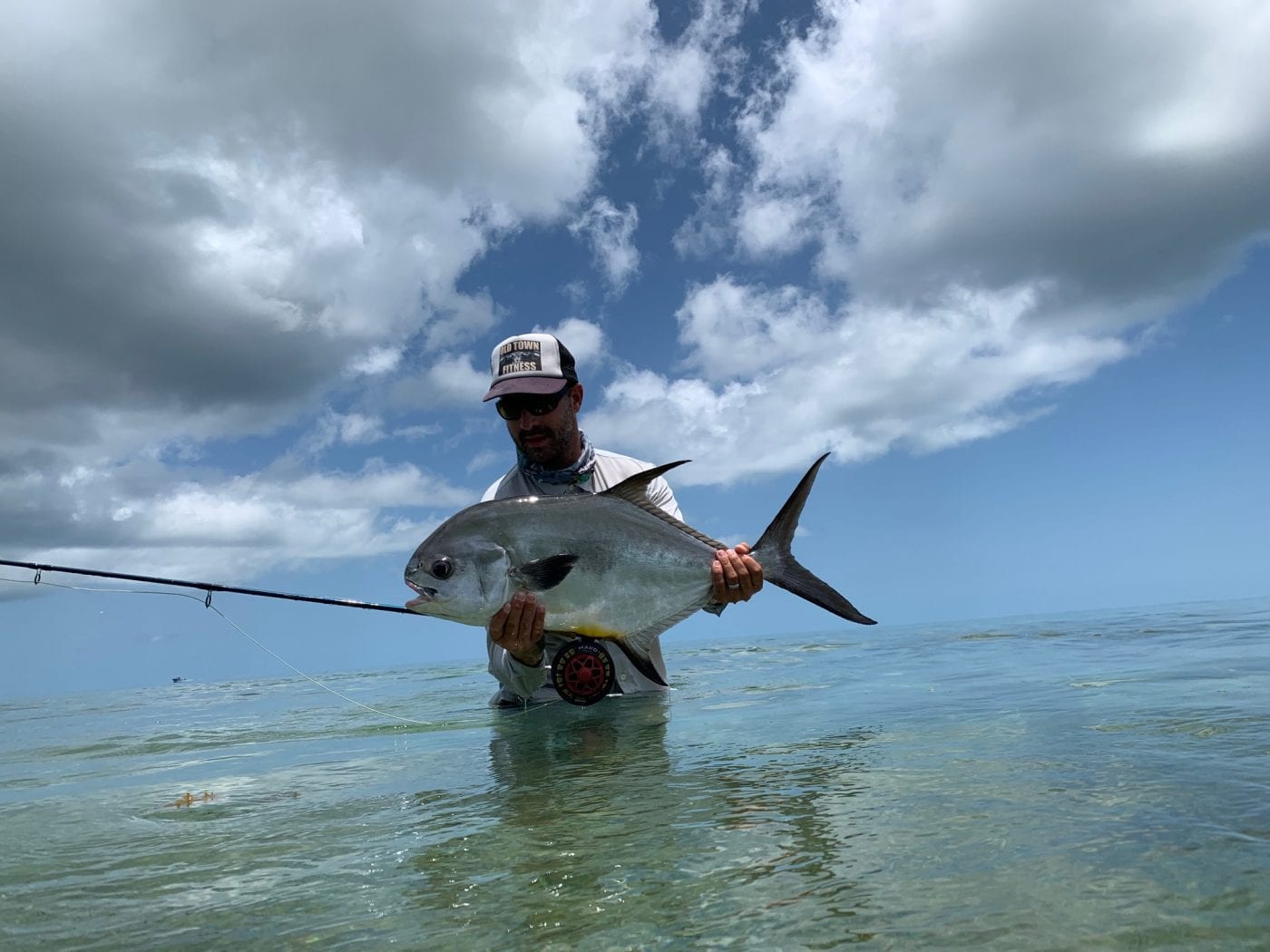 In news non-me-related, Kat recently sent yet another record application in to the IGFA, this time of 4-pound tippet. This one was a 9.5-pound fish that she caught with Nick Labadie, a guide who is fast proving himself to be regularly capable of superlative performance. This fish eclipsed Kat’s own existing 4lb tippet record, a 3.5-pound fish caught with Eworth Garbutt in Placencia, Belize in 2016. The tippet has been tested and all is well so far, though she’s still waiting on final approval: 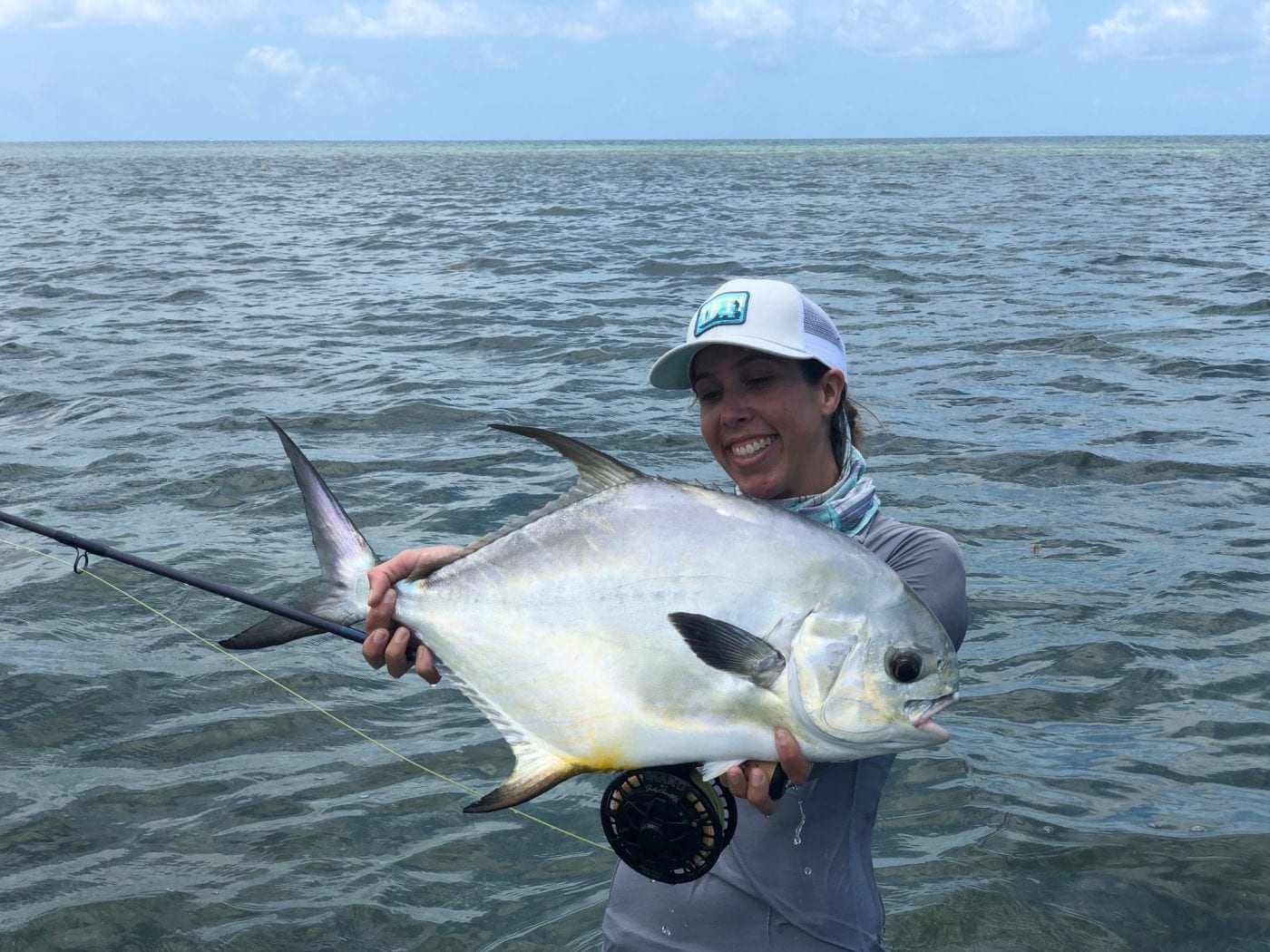 Besides that there has been some great fishing to be had, and I’m excited to keep it up as usual. John and I are scheduled to fish for the Del Brown days this year, and while the tournament has been canceled due to Covid we are going to spend our time throwing 4-pound. The record stands at 24 pounds even, caught by Del Brown and Steve Huff in 1992. Our biggest 4-pound capture so far has been 20 pounds, and if we get extremely