With these pages back on line and regularly updated, there’s much to report. I’ve been fishing a lot, and while the weather has been tough at times the fish have been occasionally complying with our repeated requests. I fished a day with Nick Labadie earlier in the week, and while we looked for some new places to fish we found enough permit to keep our heads up. The first shot we had was at a pair that outsmarted us, though the second shot at a pair gave us some redemption from the lead fish. We took some pictures as usual after we got the little fella in the net: 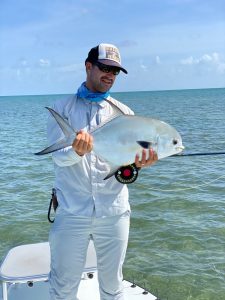 After that we kept moving around, looking for some more shots but not finding any more permit. We did, however, find a mutton snapper on a ray, which was a strange and thrilling addition to the day, though this one was not willing to bite and we called it a day after pushing a few more places in search of a permit.

The following day I fished with Ian Slater, and we started out getting a number of solid shots at permit. From a pair we were able to get a bite, though the fish came off after coming at the boat. With the heat of mid-day imminent it was tough to lose this fish, since we figured it was going to be tough sledding shortly, though within an hour another shot at a group of fish gave us another chance. A too-close cast caused the group to scatter, but we left the fly in play as they swirled toward deeper water and one volunteered. This fish we caught without issue, and while not large it gave a solid account of itself before we could get it in the net: 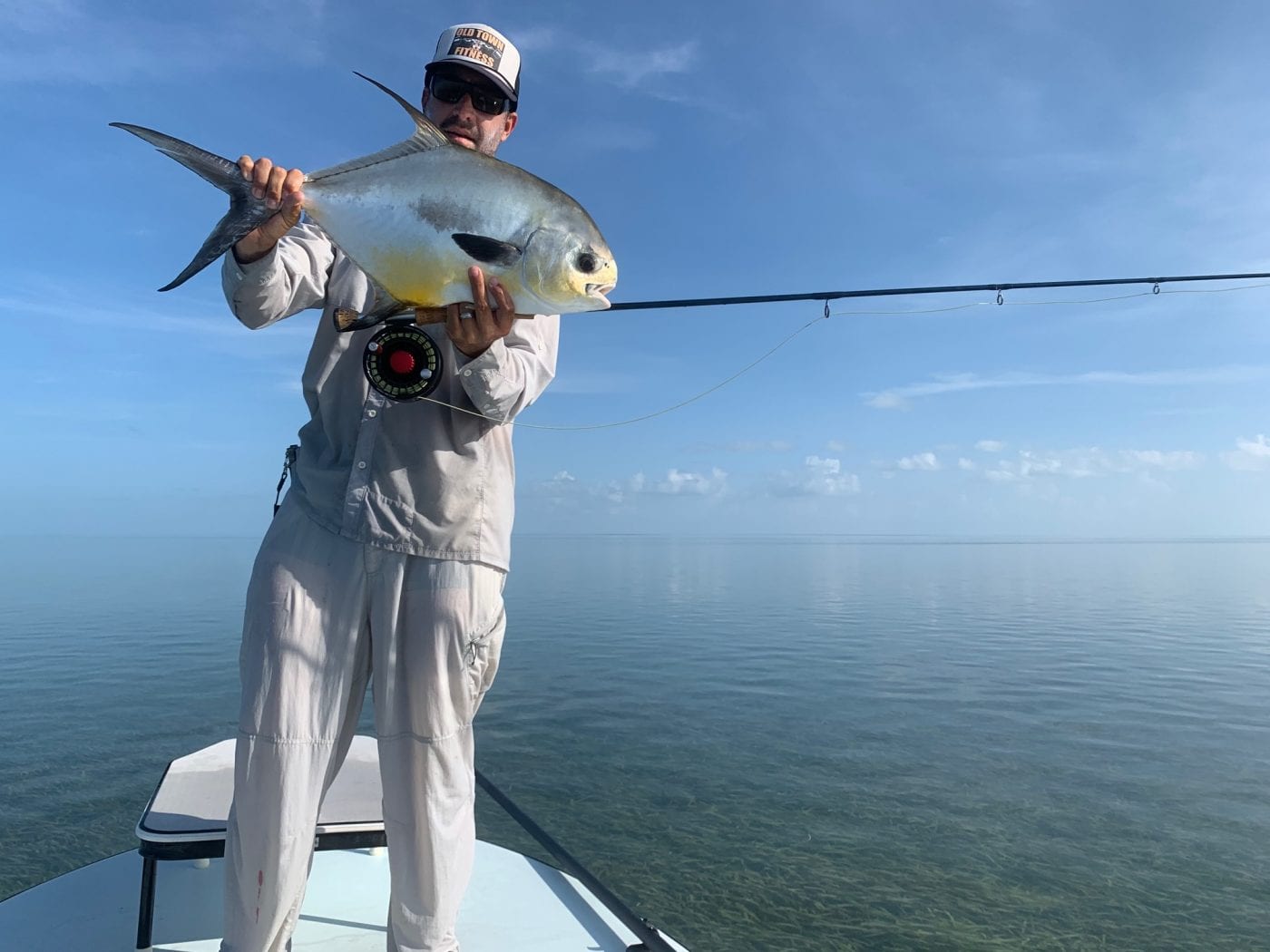 After the slow mid-day hours we feared would be fishless, Ian found us again in a position to get something done. After throwing at some fish that seemed disinterested we had a member of a pair give up a bite, and after fighting it we left for somewhere nearby to see if we could post three for the day: 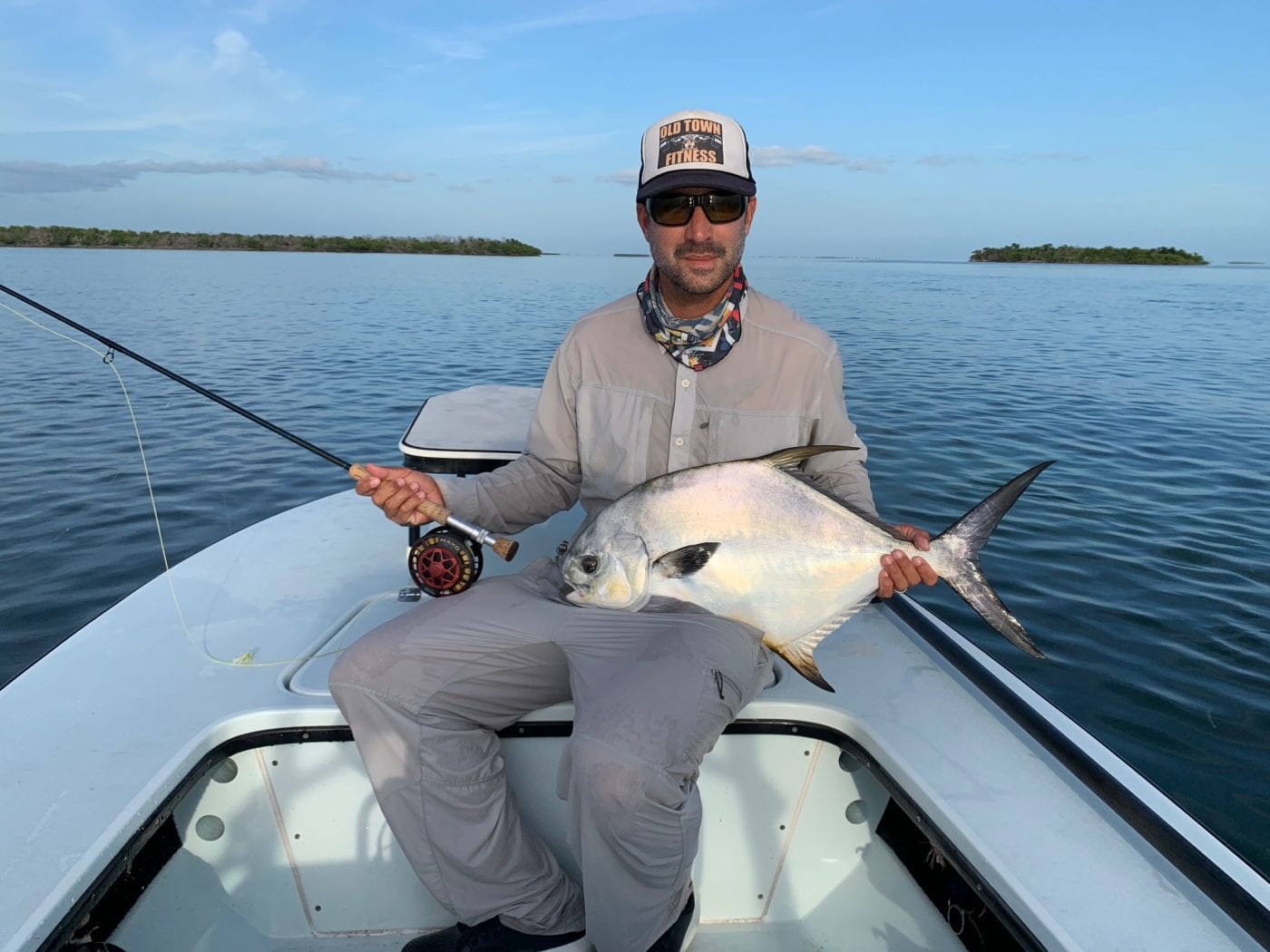 At our final stop we saw some tails straight away, and a cast into the fringes of the spikes came tight. I was sure it was a smaller permit, though after getting the fish nearby it was clear it was not a permit. Instead, a smaller mutton snapper had fallen for our tricks, and we took a picture to mark what is becoming a bit of a thing lately (after having fallen off many years ago): a mutton snapper on fly, on the flats: 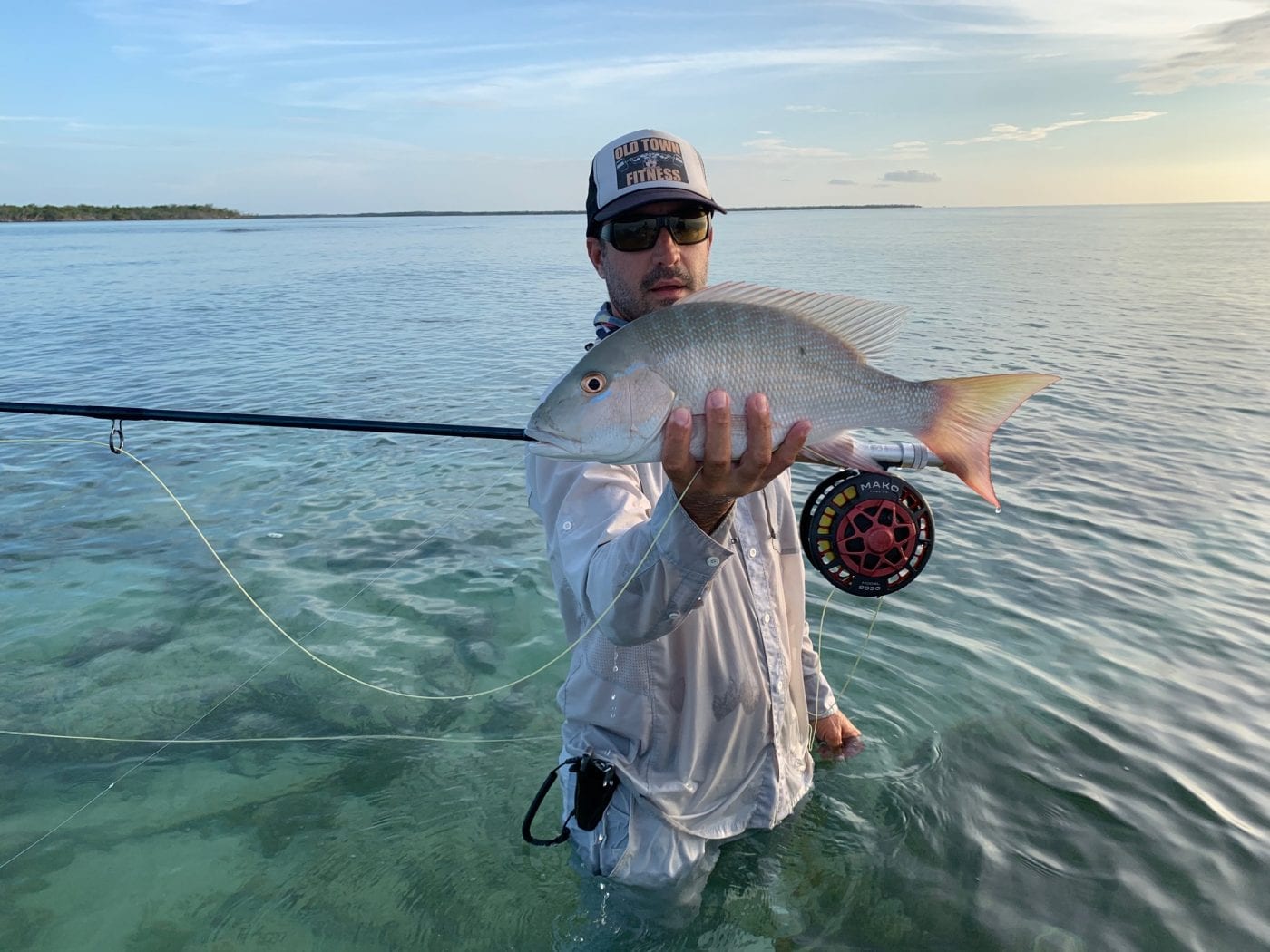 After that we had a few more good shots, but no more success was ours.

I start tomorrow with John O’Hearn for three days, and we might have Chad Huff and Dave Dalu join in for a day or two. Reports to follow, as usual.