After the Gold Cup, I had an opportunity to spend a day on the water. I was invited to fish with Scott Collins by Todd Brown, a great guy and a fly tyer who is exactly my kind of fishing nerd. We went nearby where Ian and I spent our time in the recent event, and while the fishing was slow the company was great. We talked about flies, dorky fly fishing stats, and casting. Honestly, it was exactly the kind of day I needed after getting gutted the previous week. Animal highlights included (finally!) hooking a permit from a school the Ian and I had watched every day from the safety of our tarpon bubble, and while this fish didn’t stay connected it still felt like a victory of sorts to come tight to one. We discussed a spectrum of topics including ultra violet bivalves, enjoying ourselves much more than the slow trickle of tarpon would indicate. I’d like to thank both Todd and Scott for having me along, and I look forward to fishing again with either or both of these guys.

Earlier this week I fished with John O’Hearn, getting back into the swing of things before the Del Brown next week. We permit fished on Monday and Tuesday, in weather that continues to be in impediment, and also spent some time bonefishing.
Our first day of fishing was the worse of the two, but since we didn’t know this at the time (and ceased caring what the weather was doing a long time ago) we chose to permit fish for most of the day. In the morning we were clouded in with some high water, and just as we were discussing that a mud would be the only way we could get in touch with a fish one sent up a signal. In what was a rare perfect moment in fishing, everything worked out as it was supposed to: the fly landed, a tail spiked up, and we were tight. The only part that was abnormal was the hookset–after losing a few this year, notably every fish I hooked with Scott Collins, I was saddened when the fish came at us and we went slack. I was re-energized, however, when the fish was still connected after it passed by the boat and we were able to get it in hand after a short fight. John snapped some awkward photos and we kept on thereafter: 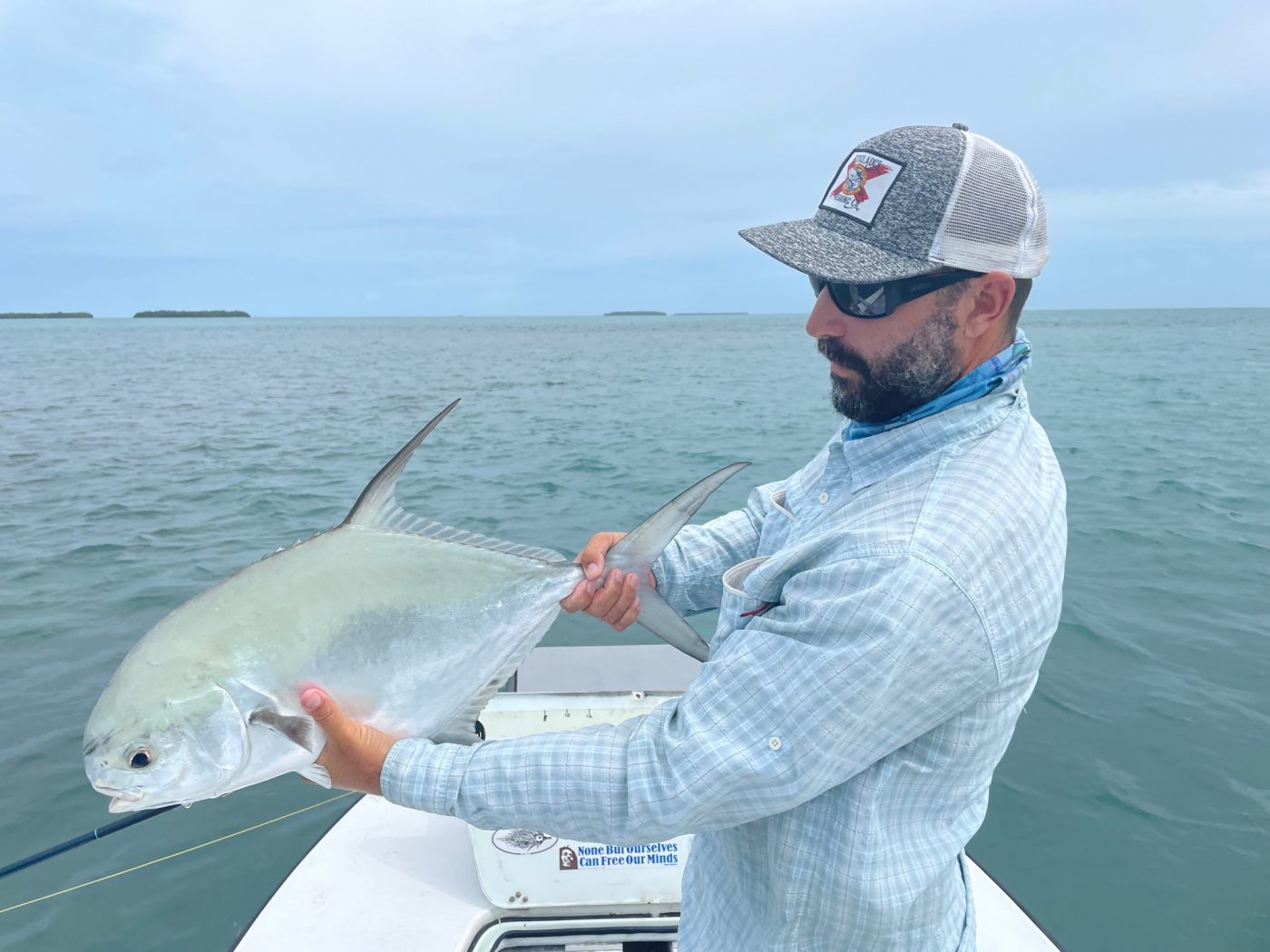 After that fish we had some shots, though none of them worked out. I caught a bonefish on a blind cast, which was actually pretty fun, and when the light got low we headed home.

The following day we followed a similar program to the first, though the best fishing we had was for bonefish. We threw at a few schools and caught a pair from three bites, and while we looked hard for another permit we were unable to make a second fish happen on our pair of days.

Two days ago I fished with Ian Slater as a guest of Aaron Norton, who generously invited me to tag along on a day of (big surprise) permit fishing. As with Scott Collins and Todd Brown we had a phenomenal time, and similarly annoying luck: a decent permit broke off for reasons still unknown at the end of the day, preventing us from the chemical rush we were hoping for, but had a ball regardless.

Tomorrow I start fishing the Del Brown, though the tournament proper doesn’t begin until Monday. It’s slated to be one of the last permit tournaments I’ll do for a while, and I’m already ready to just have some fun this time around and not worry too much about the outcome. A report will follow, as usual.