Since the Del Brown tournament I’ve been spending a lot of time on the water. There is always a lull in the summer when things slow down some, and I look forward to this time of year as season starts to weigh on me by the middle of July. This year has been no different, and there is plenty of reason for me to be fishing instead of installing in these pages. That said I am keeping them current as best I can, and that means that I’m forsaking the daily nature of these reports for a more general late summer report.

Some highlights include a recent trip to Islamorada to fish with Captain Lincoln Rodriguez, where I enjoyed some great fishing for bonefish. I don’t have any pictures of our day on the water, since we released the bonefish in the warm water as quickly as we could, and while we came close on a smaller permit I never could seal the deal with the little fella and couldn’t get a northern for the gallery. In all we caught 5 bonefish between 2 and 4 pounds, seeing some larger fish but not connecting with anything giant.

I also had a pair of days with John O’Hearn, and on each of them was joined by a celebrity guest. The first of these was Josef Borski, who readers that keep up with these pages will remember came perilously close to his first permit last year with me and Ian Slater when a fish he hooked broke off on a coral head, and the second was Dustin Huff.

With Josef our day was built around getting him a fish, and he came as close as I’ve seen a person come without hooking one. On a few wading shots he was close enough to come tight, but two shots in particular stand out for their perfection: the first was from the boat, where his cast landed in the middle of a small group of permit. The largest of the group lined it up and tracked it hard, and John and I both thought the fish had it before the group grew wise and took off for the nearby channel. The other was one of a pair of tailing fish that cut out hard after the fly, knifing up on its way, convincing me entirely that Josef was connected. After tailing hard after the fly for a few yards the fish both skittered away, and while it was pretty to watch I was tending slightly towards violence for the unfairness they’d displayed.

With Dustin the following day we were in fish as well or better, and Dustin wasted no time in coming tight early on. This fish didn’t stay connected, sadly, but it was great to watch the bite anyway and Dustin has seen enough caught over the years that watching one miss didn’t perturb him too much. We shared shots for the rest of the day between us, and despite our requests for John boy to get up there he remained resolute and stayed on the platform. Towards the end of the day I was up and had a large fish track the fly all the way to the boat before finally committing. Dustin grabbed the fly not long thereafter, and after that we were in some tailing fish until the end of the day that didn’t bite.

Days with Ian Slater produced a number of fish as well, four in total, one of which I thought was a bonefish until I realized halfway in to the fight that it was a small permit. Another highlight was a fish I hooked wading that I landed without getting in to the boat to give chase–a personal favorite way of finishing things off when things allow for it.

Nick Labadie and I caught a beautiful little permit in the slick calm of midday, one of the most challenging and rewarding fish I’ve had to hand in a while.

Yesterday and the day before I fished with Ian again, catching one each day, and before that I was with Brandon Cyr over the weekend and we caught one also. Of note was a giant fish yesterday that I hooked while wading, crouching down into the sea grass as it swam towards me, finally hooking it with the leader in the rod tip. This fish fought harder than any I’ve ever landed (though still a nice one at around 25 pounds), and while it wasn’t the biggest it was certainly the one that pulled hardest.

In all, it’s been a great summer full of fish and good times, and tomorrow morning Kat and I leave for Mexico with Steve and Chad Huff, Doug Kilpatrick, Lawson Stiff and Wes Smith. Reports will follow, but until then here is some photographic evidence of what we’ve been  up to: 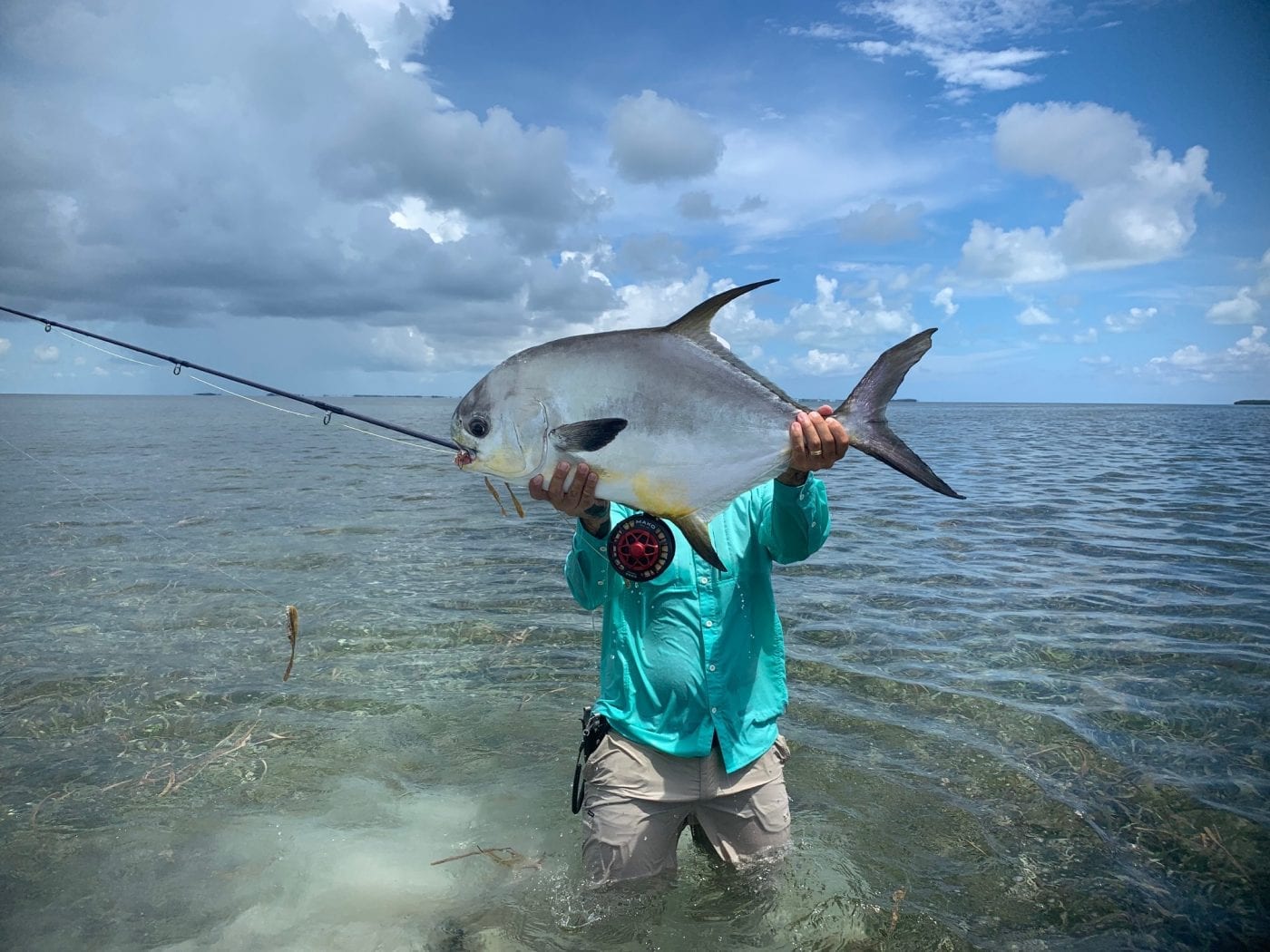 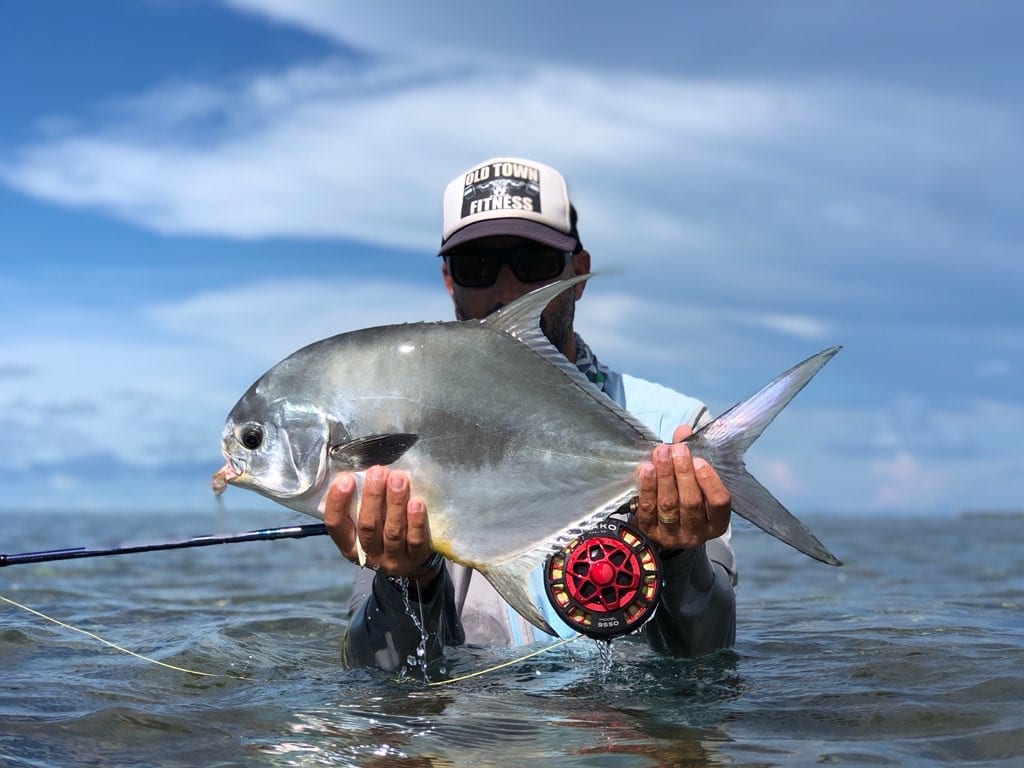 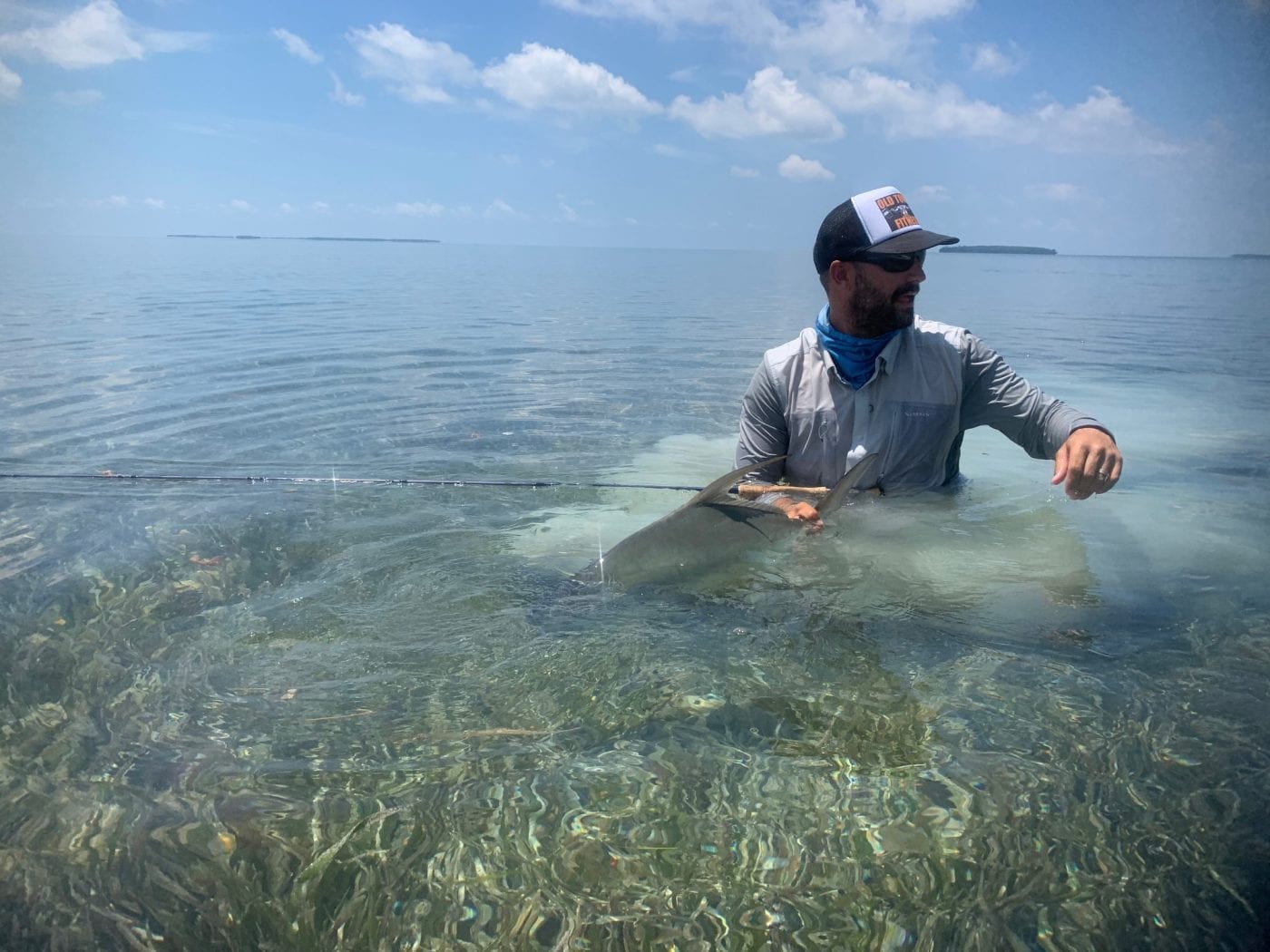 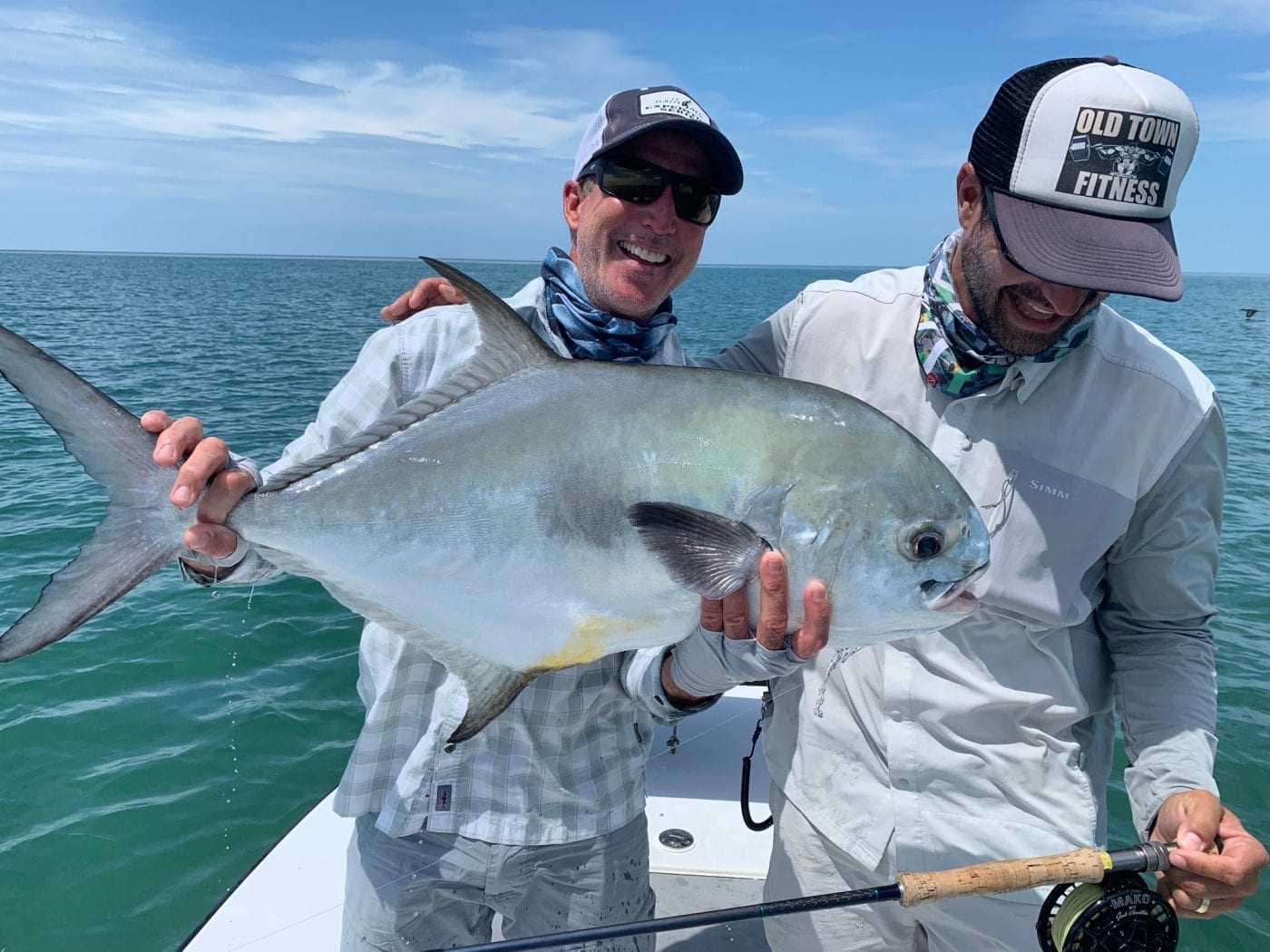 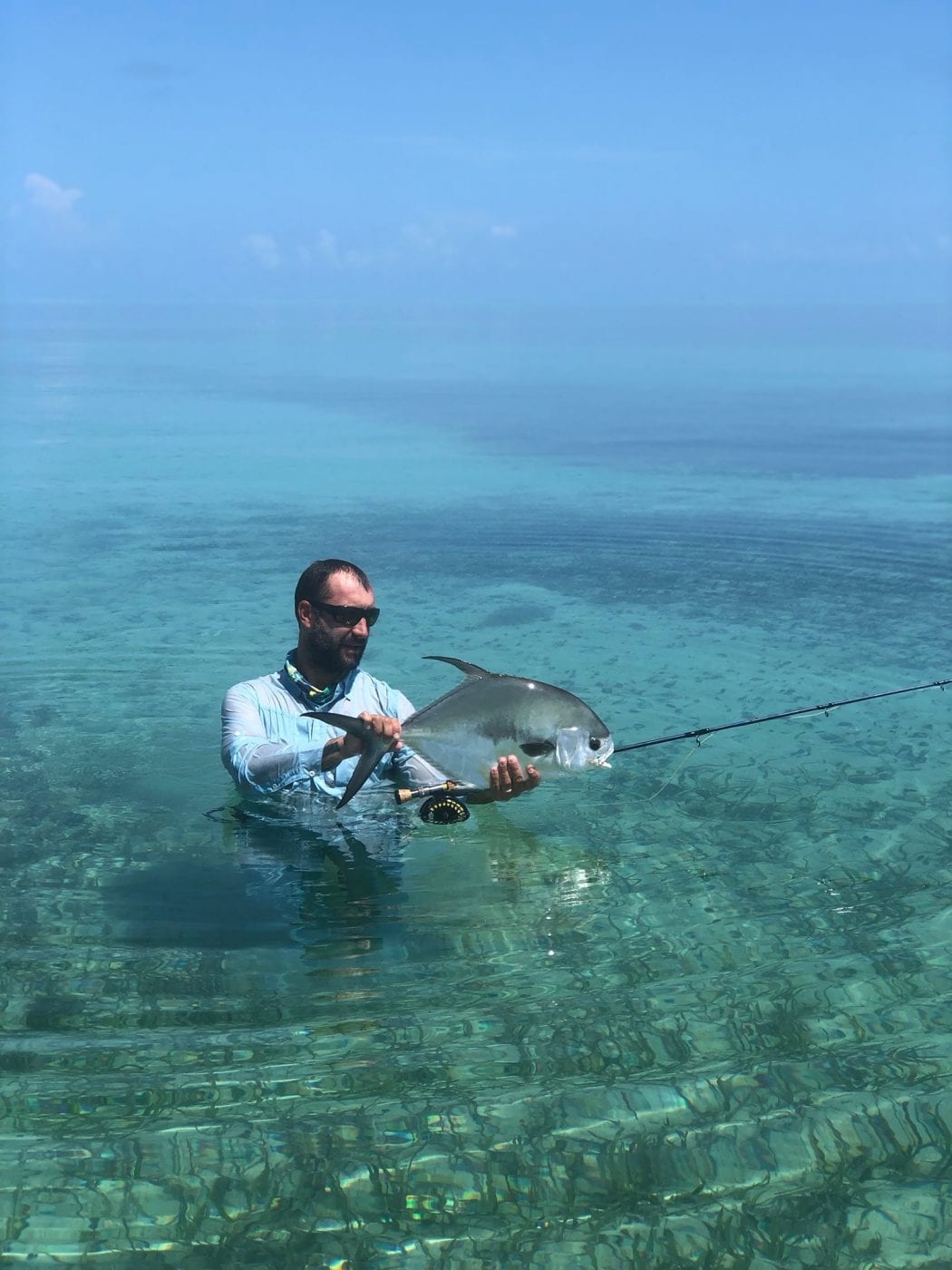 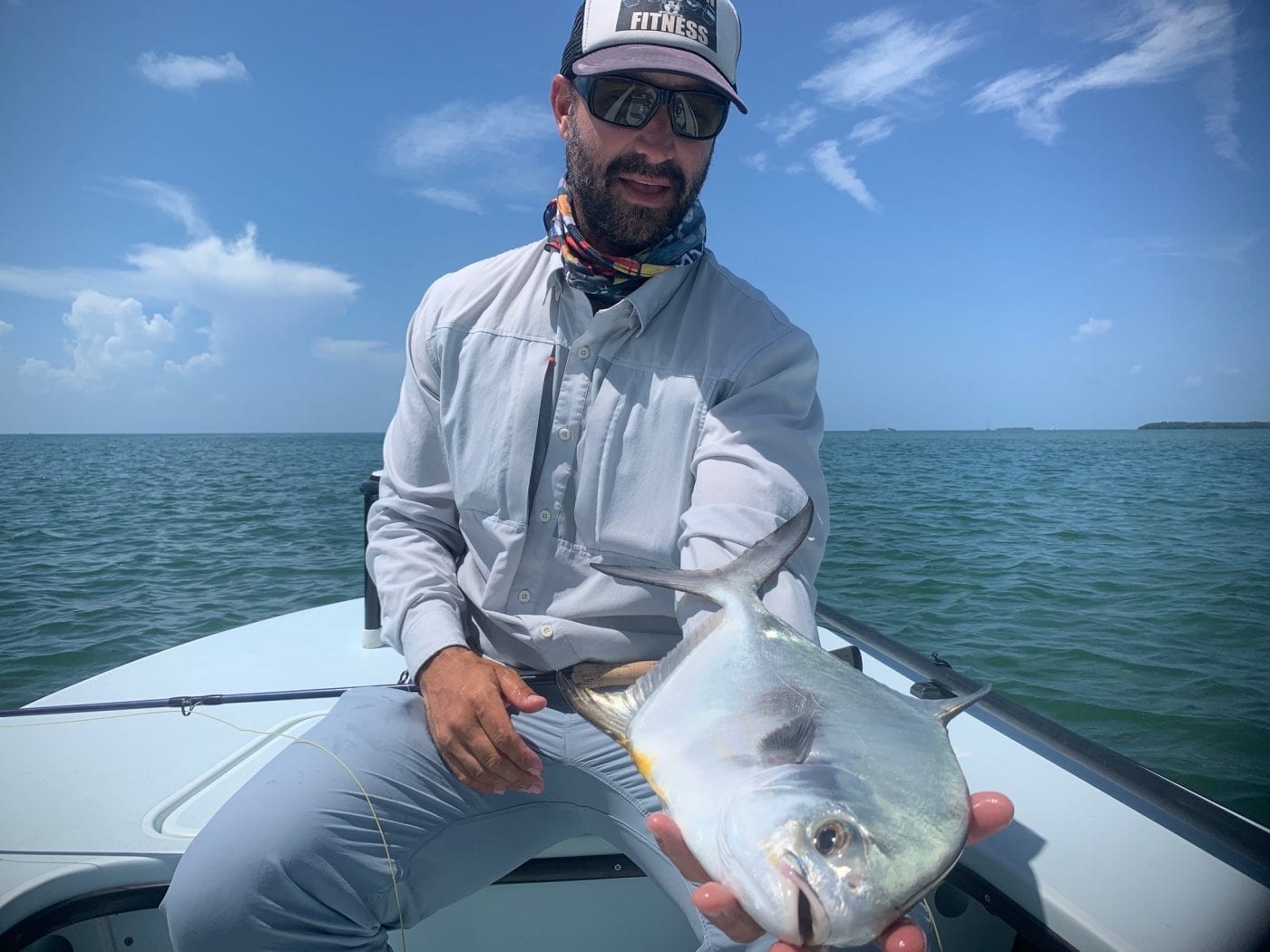 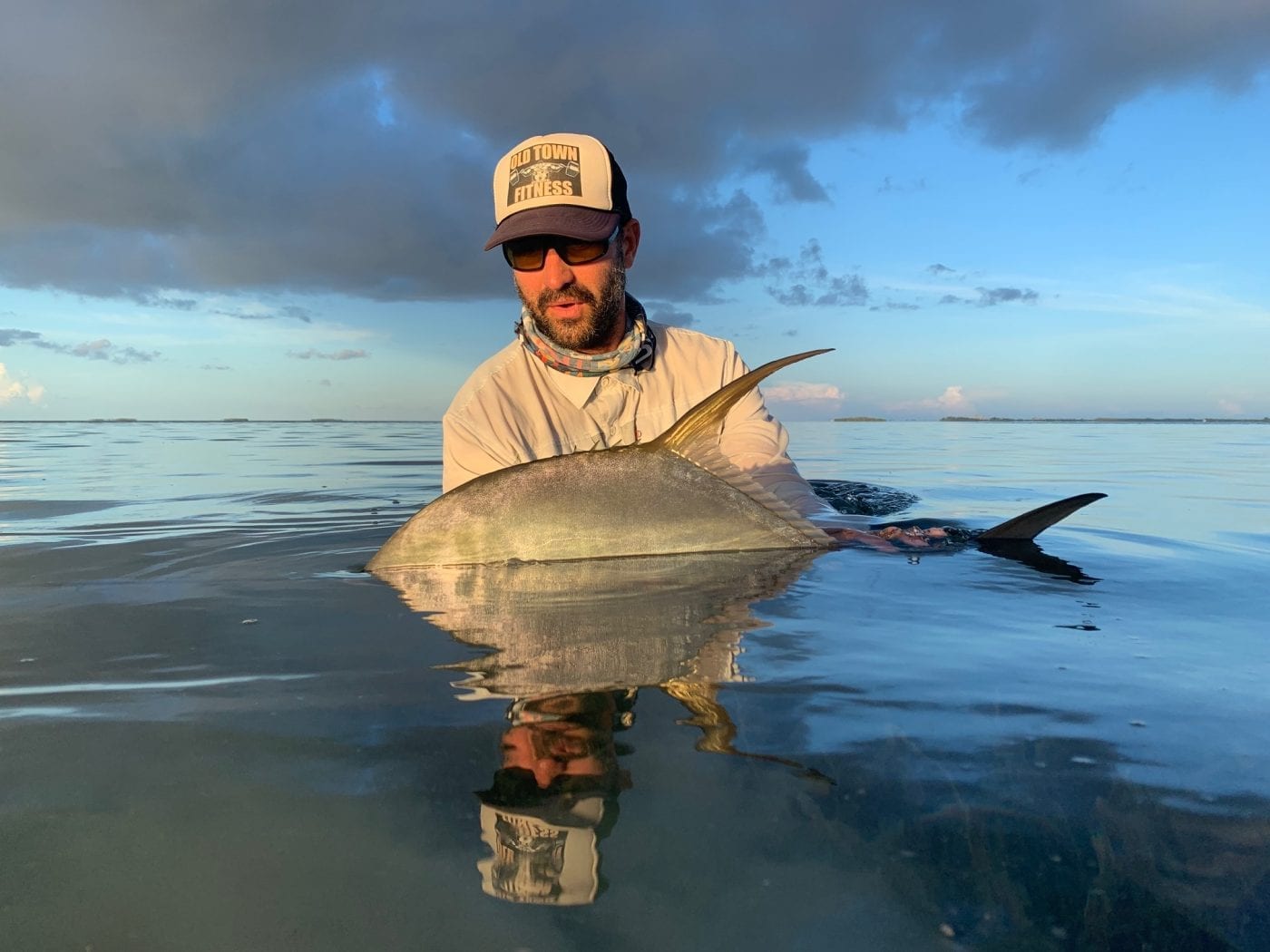 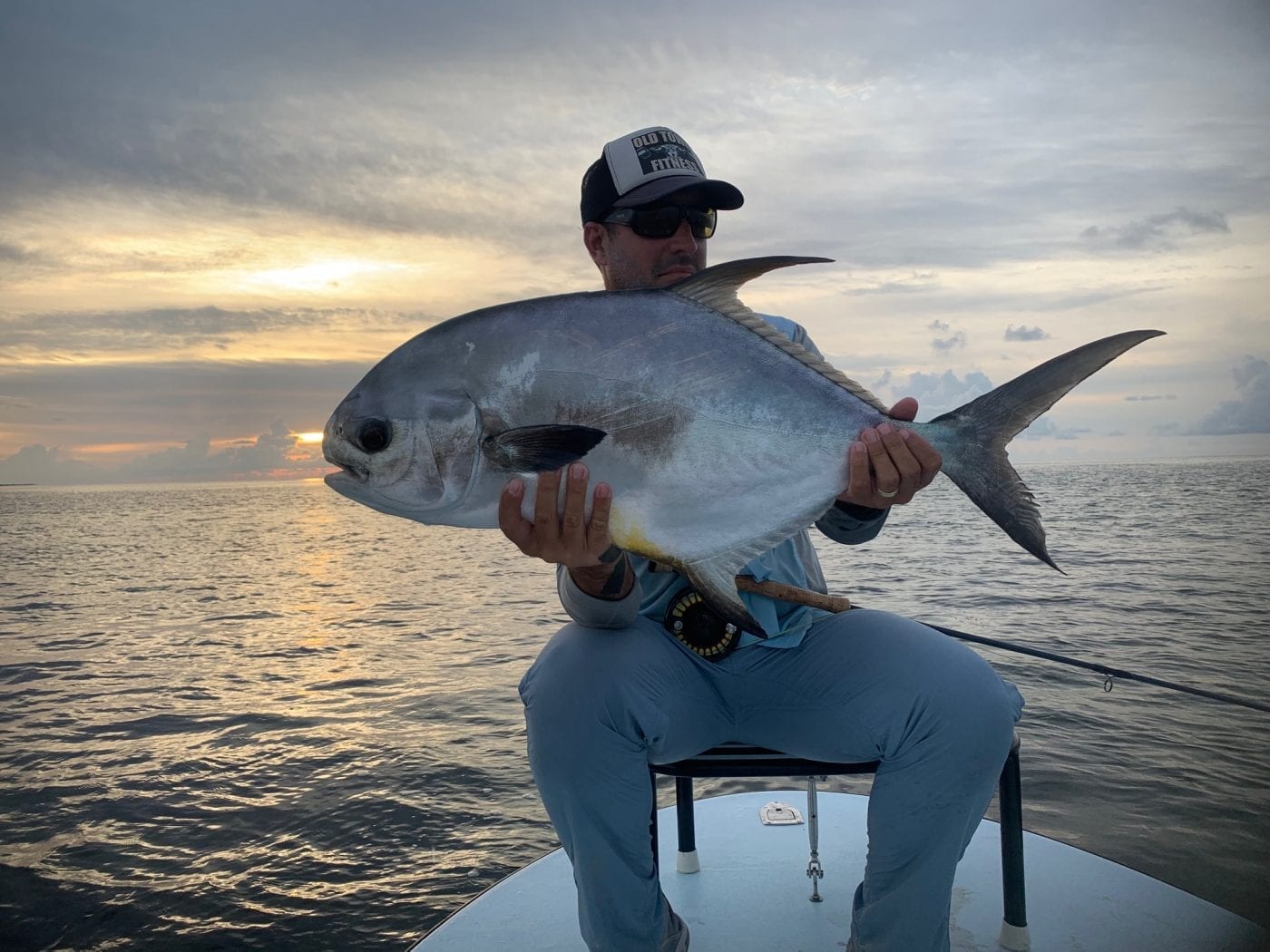 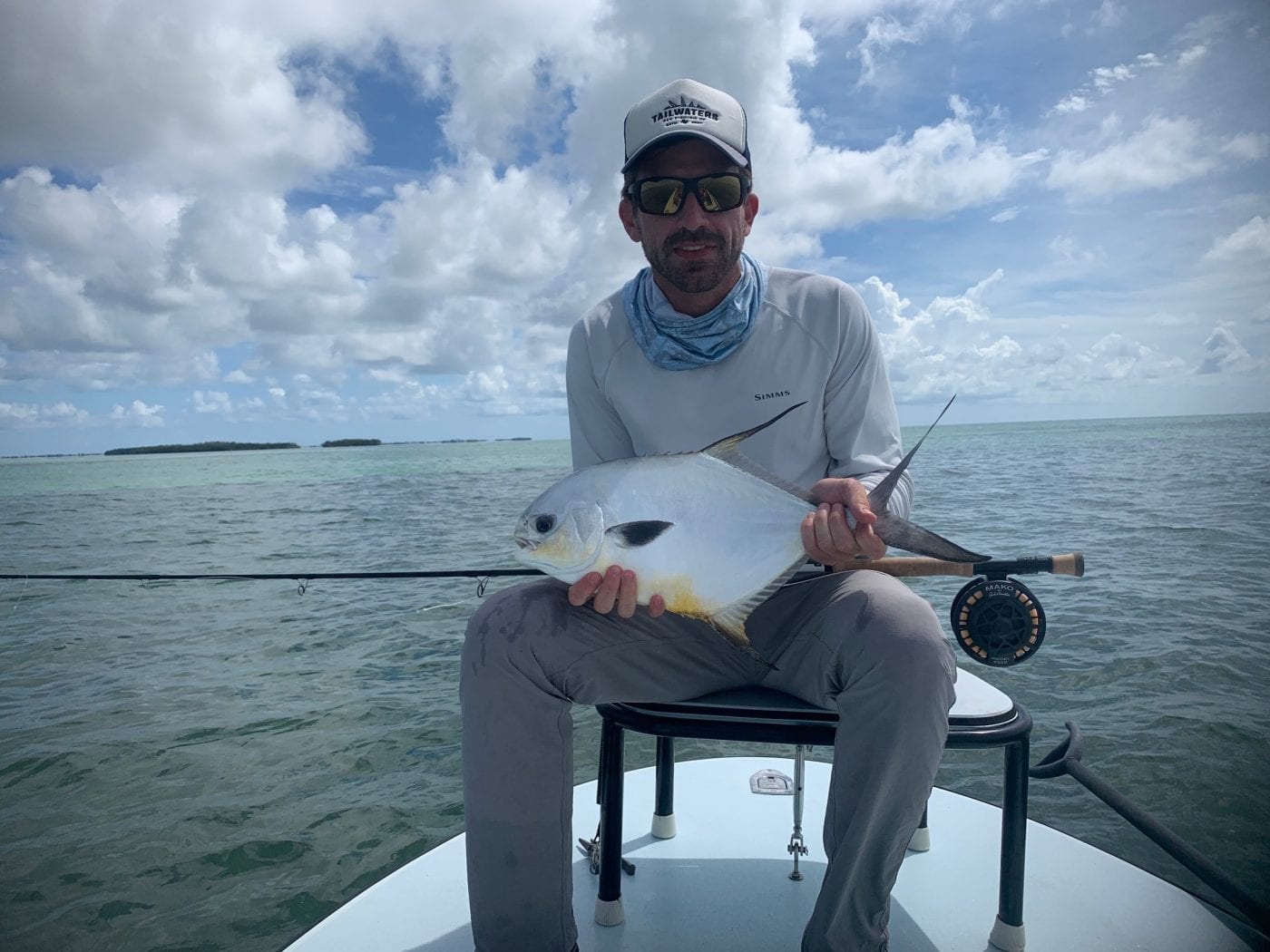 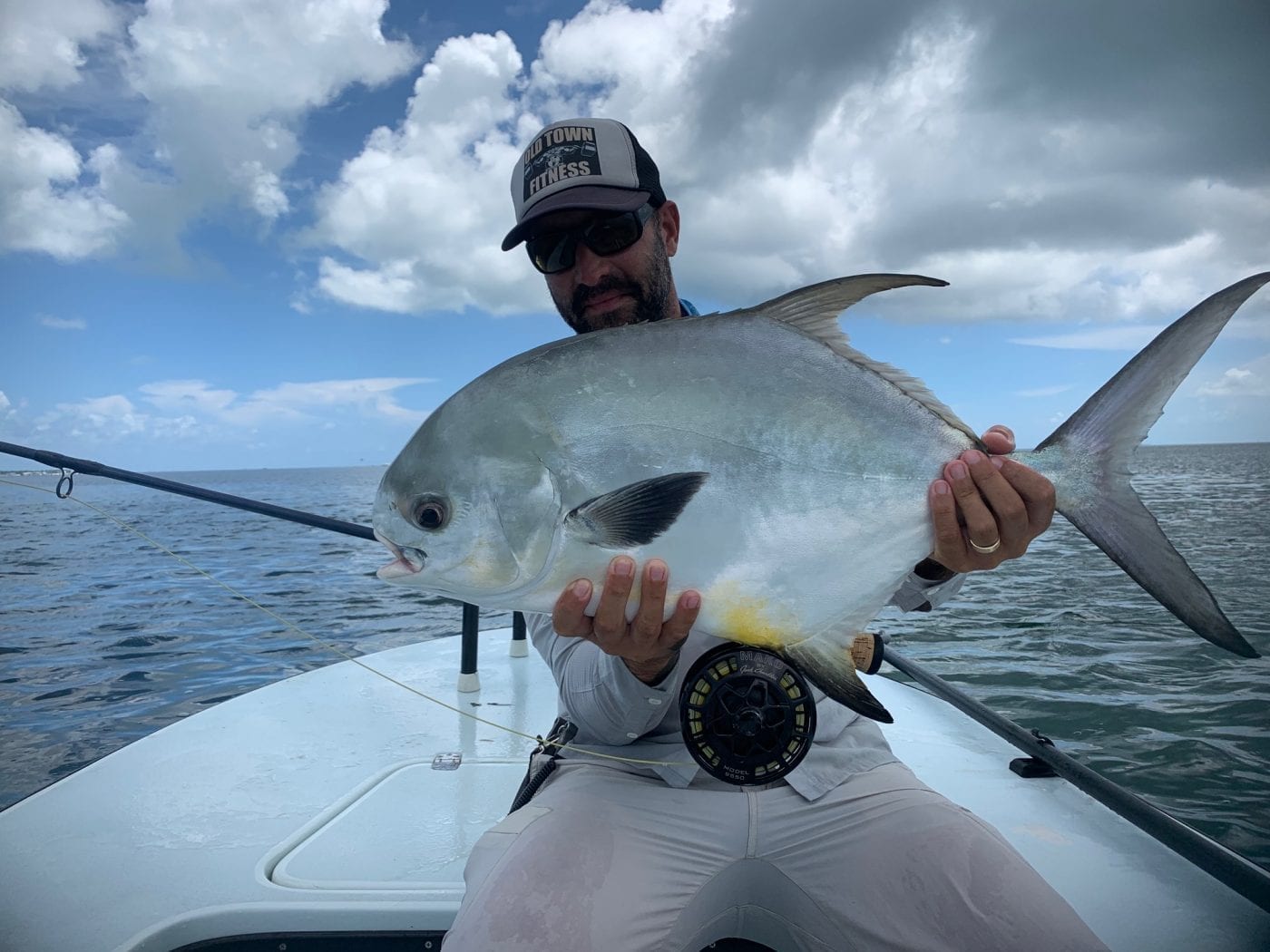