Last week I returned from three days of fishing in the Everglades with Chad. Joining me was Kat Vallilee, my wife, who’s only relationship with the Everglades is through me when I return with stories of lost giants on six pound test, many after fights lasting more than 10 hours and ending in all sorts of sadness shades.

As her 30th birthday was at the end of August and she’d been wanting to take a ride on the sweetwater snook train, for her gift I took her up to the Everglades for three days with Chad to get her a nice one. Where the permit fishing in the lower Keys is a card-counting game of blackjack, snook fishing in the Everglades is much more relaxed–think spending some time in the lobby at a slot machine. There are surely high stress sight shots to be had at giant snook, but on these days we were plagued by a persistent wind and intermittent clouds, things that made the sight fishing difficult. Part of the joy is in the process–when we’re fishing a shoreline, there’s always a chance that a giant might make its way on to the fly, and if that doesn’t happen we’re sure to hit some smaller jackpots to keep the brain chemistry high.

Kat’s giant came from a shoreline as we were dropping our feathered quarters along it, and it happened fast. The fish took the fly in and shook out of the water, thrashing its plated head around in an effort to ditch the fly. Once it was on a reel the fish made a lunge for the shoreline it had been inhabiting, but by that point Kat had it turned and we were able to slip the net under it to complete the hand. We wondered briefly if it might be a record on 16#, the tippet she was fishing, though when we weighed it we found it was two pounds shy of what she would need and we photographed it and let it go: 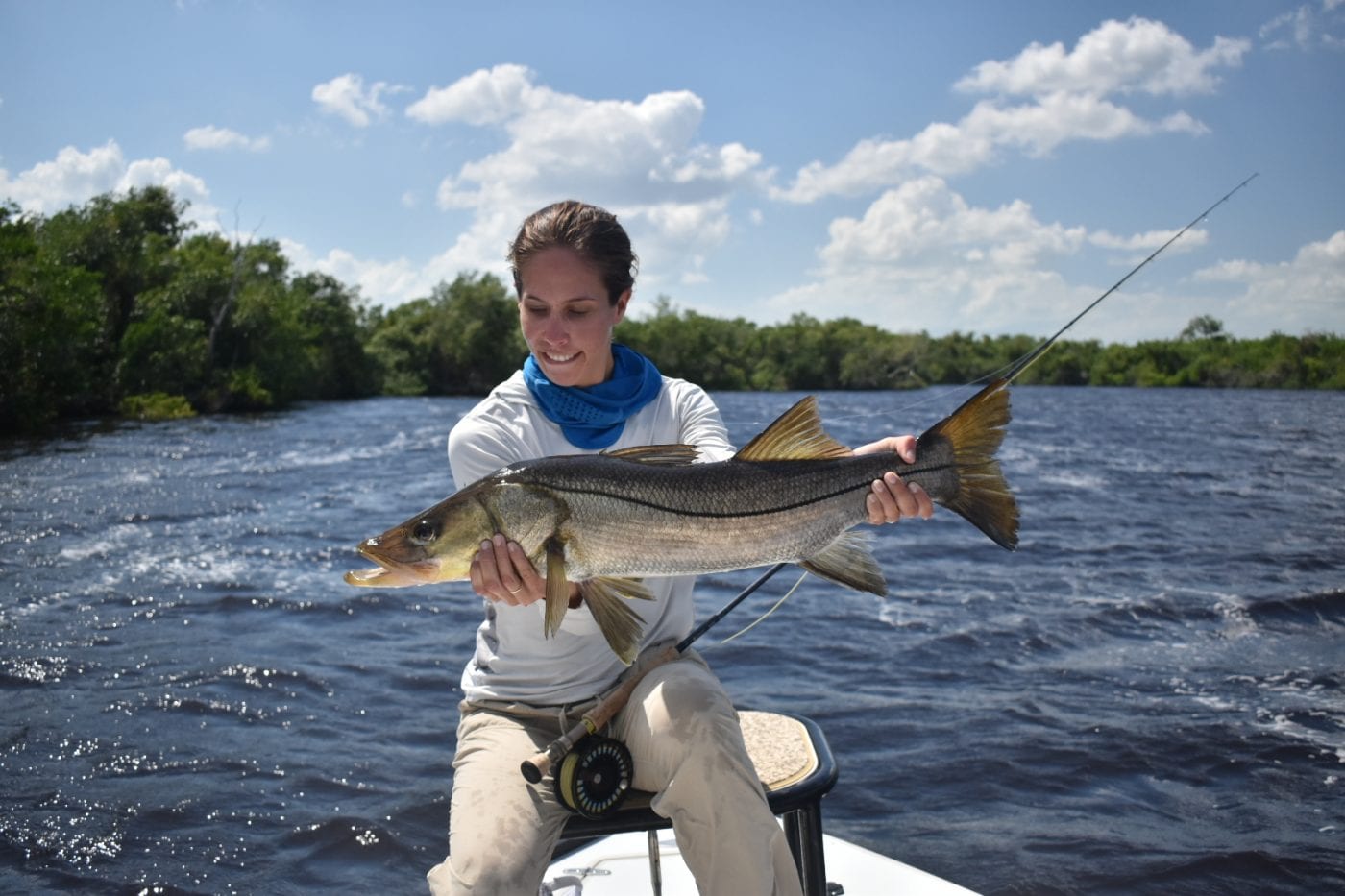 I was up next, and caught a legal fish myself before Kat was up again. We traded off for the rest of the day, enjoying our time against the mangroves, and again in the late afternoon we caught yet another fish, this one 31 inches and a third giant for our first day of fishing. We finished late and made our way back to town, having dinner with Steve and Patty and getting our asses handed to us by Steve on the ping pong table.

The second day of fishing was the windiest, and we looked hard for some sight fishing opportunities that only barely materialized. I caught a redfish on a mud bank that tripped fell into the cooler for dinner, and finally we went farther away from home in search of some fish Chad had in mind for us to throw at. This group of fish hangs in a particular spot a fair distance from the shoreline, far from where intuition would indicate they would be, and Chad explained the spot to me as we approached from up current. He staked the boat off and told me where to pull the lever, and we waited for good things to happen. After a time he re-positioned, and he started throwing a hookless popper to wake things up. I kept the fly wet, dragging it through the area, and on one cast that looked a lot like the others the line started traveling upcurrent from the fly side. I stripped to come tight, hoping the hook would find a home in the face that had surrounded it, and when the line sliced loudly through the water it was clear that we were connected, at least for the time being.

Chad pulled the stake, in the process separating the pieces of his multi-piece pole, and I watched as the fish made a play for the shoreline a hundred yards from us. Just as it was near the stumps that promised to free it it turned, heading back into the falling water towards us and slowing as it tired. Chad soon grabbed the fish, only a half inch smaller than the one Kat had caught on the first day, and we took some pictures to mark the biggest snook I’ve caught: 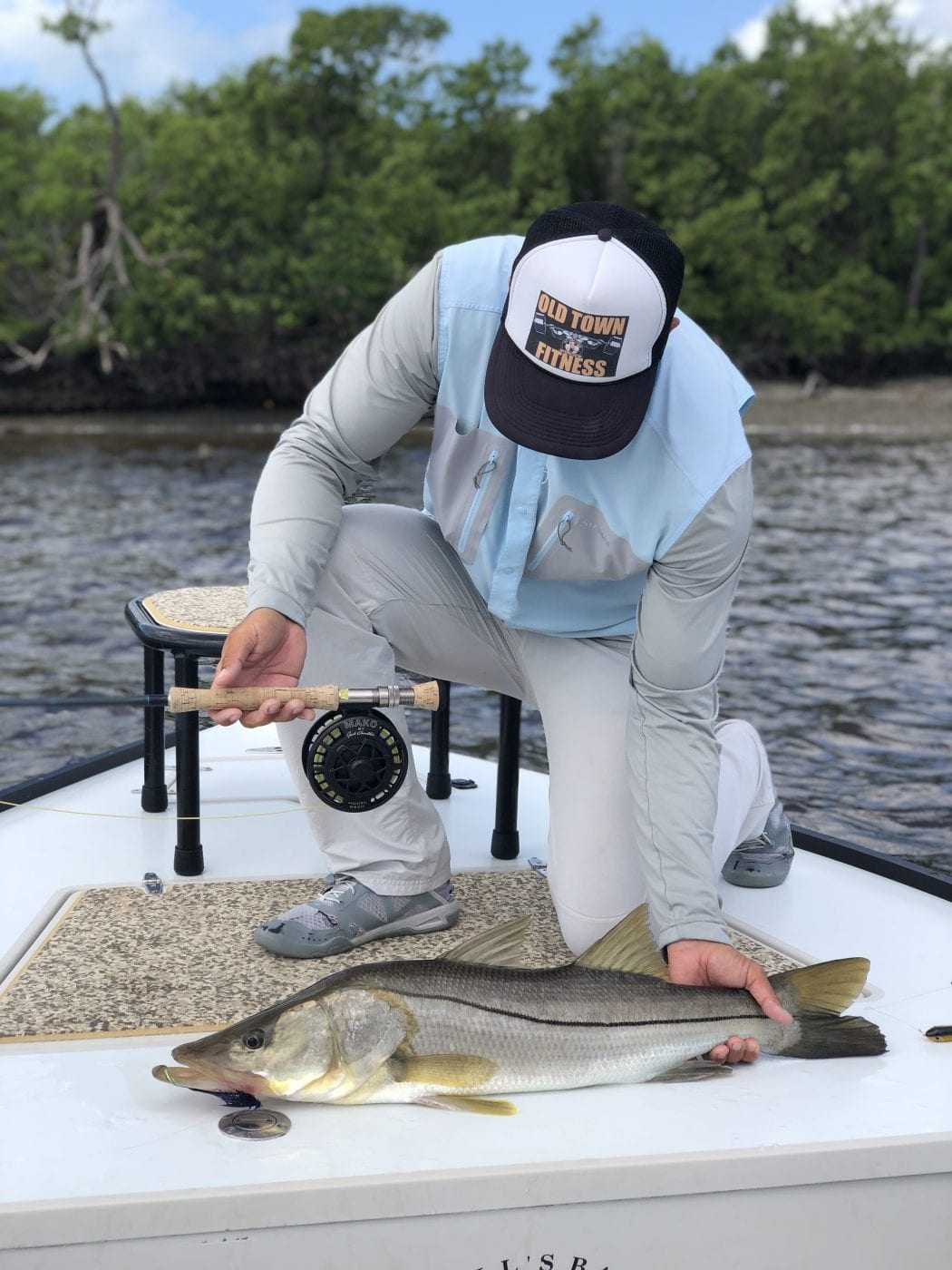 After this we headed back to deal with the pushpole issue, and after getting a new one went back out to find a tarpon. Kat had a shot at a floating fish that looked near 100 pounds, and after that we found some fish eating bait on an exposed shoreline at high tide. We tried for an hour or more to get a grab from one of them but couldn’t intercept their feeding with our fly. When the light got low we got on our way.

The final day of fishing was one that we decided to devote to tarpon fishing, playing with house money now that we’d caught four snook, three of which were over 30 inches. We found a few shots at laid up giants, though we could only convince a single one of these to eat the fly we threw. The fish never jumped, ridding itself of the hook before we could come tight, and while we were sad not to get one dry it was fun to try to catch one of these Everglades giants on something other than six pound tippet.

We finished early, catching only a small puppy drum for our efforts before we headed in before the drive home.

In all we had an incredible three days with Chad, and I can’t wait to get back out on the water with him in the Everglades. I’m hopeful that this will be in mid-November, when Steve and I set out with him to catch the six after so many years of close calls and hard tries.

I’ve been invited to Cuba at the end of the month for a week, and I’ve been doing some permit fishing recently, so in the coming weeks I’ll be getting current before I leave for a week of a new place chasing the same fish I usually do. 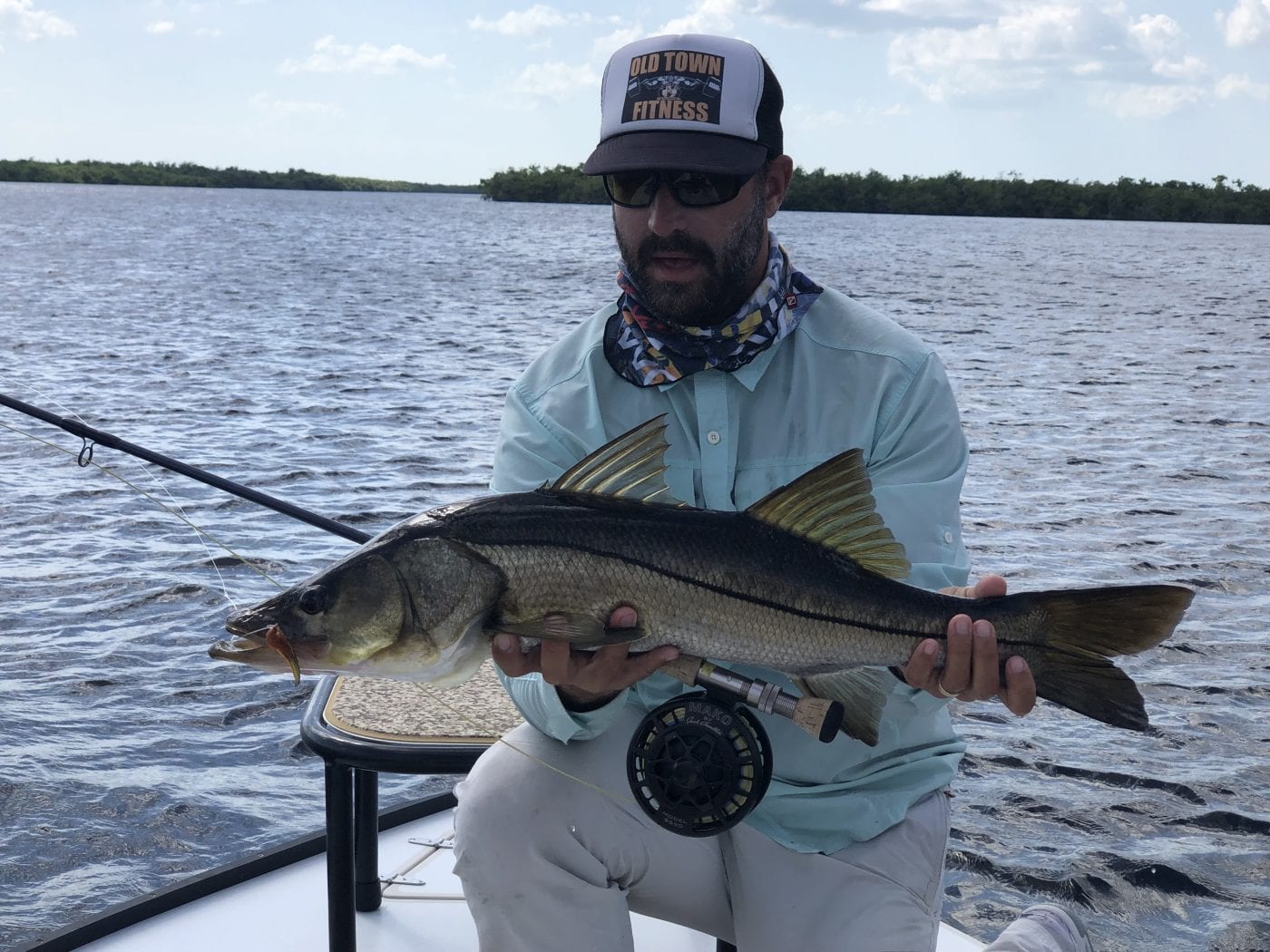 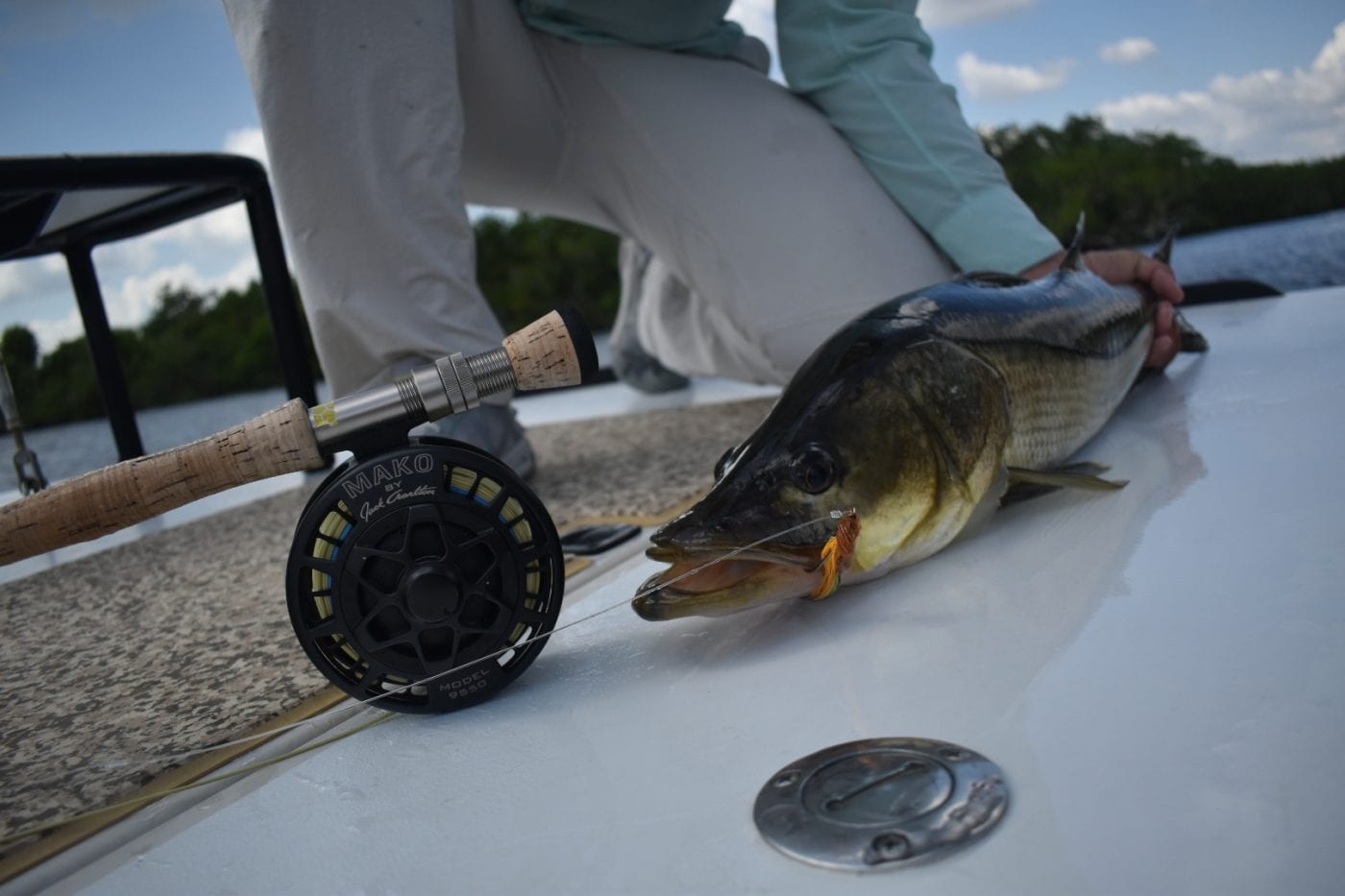 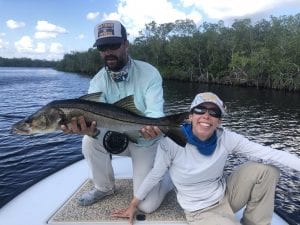