After getting home from Cuba I had some time off from fishing, and with two days off last week decided to get some hours on my boat in hopeful maintenance of its power for the fast-approaching tarpon tournaments. Ian and I set out to catch a permit, and on the first day we were unable to make anything happen. We bounced around in the wind, making what we could of the low November light, but by the time we had to head home we were fishless.
Our second day was more fruitful, though we made a long run in the morning to make things happen. As we started fishing the clouds moved in, and instead of staring into the gloss we elected to trow a barracuda fly in search of something more likely to make a mistake on a blind cast. We tried hard for a while to catch a barracuda, and while we were unsuccessful the clouds dispersed and we went back to permit fishing in the later morning. Our long run paid off when we found a few fish in places that we’d not fished much–from these we were not able to get a bite right away, and we changed flies a few times before getting one to climb onboard the fur train. This fish was small but worthwhile, and despite its attempted entanglement in a nearby mangrove root ball we got it onboard for photos: 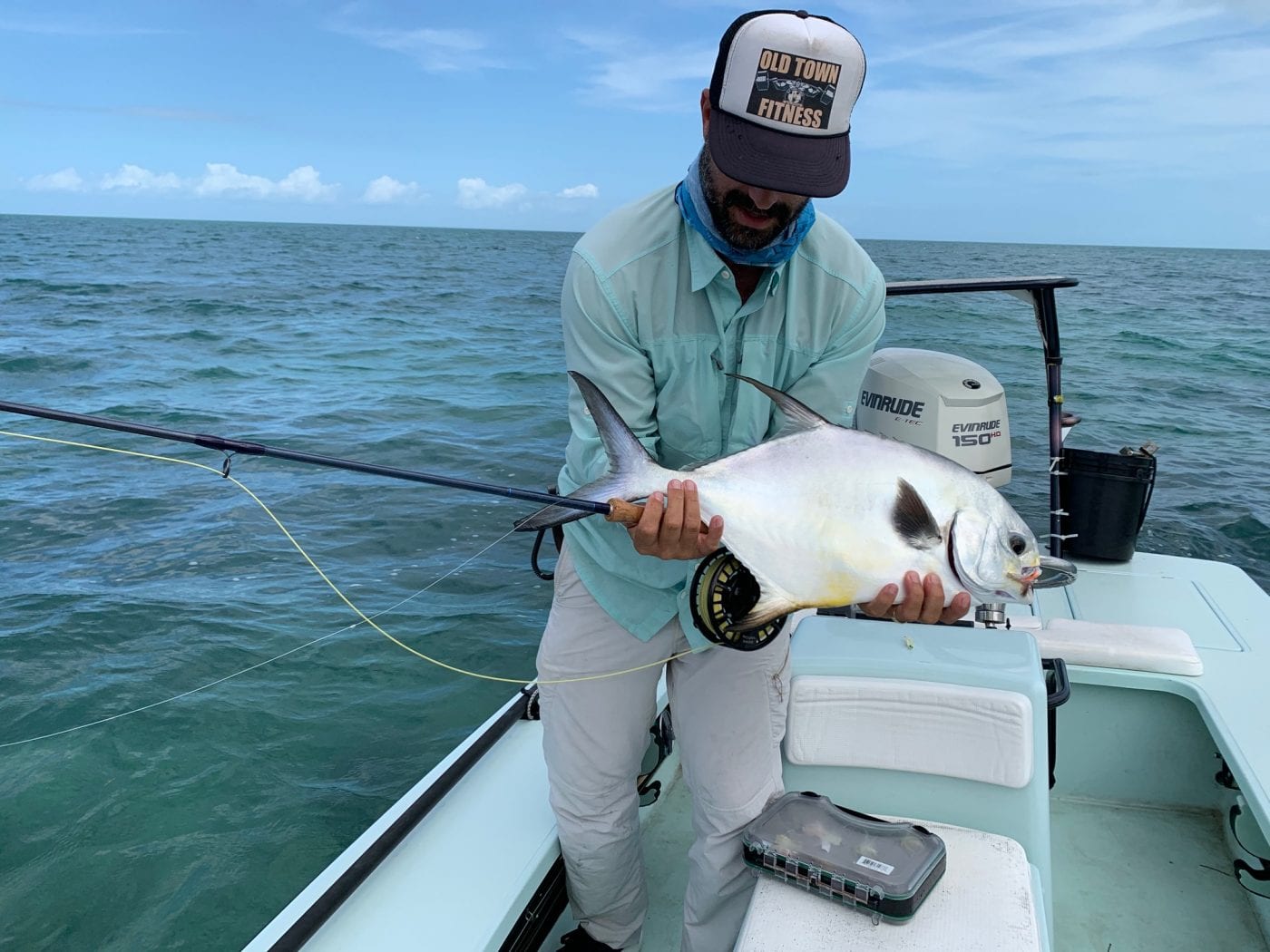 Ian was up next, and we tried to make another happen after lunch. This wasn’t to be at our current location, and we needed to run back anyway, so at 2:00 we pointed the bow toward home and sped southwestward. After seeing a boat fishing the place we’d had our minds on we kept going, completing a nearly 60-mile run when we shut down to have a look in the late afternoon. Ian was up and as soon as I pushed the boat in to the bank he was gone, walking after a tailing fish that had been there to welcome us. The fish required some amount of sneak from Ian, though he had enough of it for the task at hand and was soon jumping back in the boat, this time with a fish on the other end. I poled after the fish for a while, hoping to preserve the opportunity for us in the coming hours, though when the fish swam out into a nearby basin we started the motor and gave chase under power. I grabbed the fish not long thereafter, our second for the day: 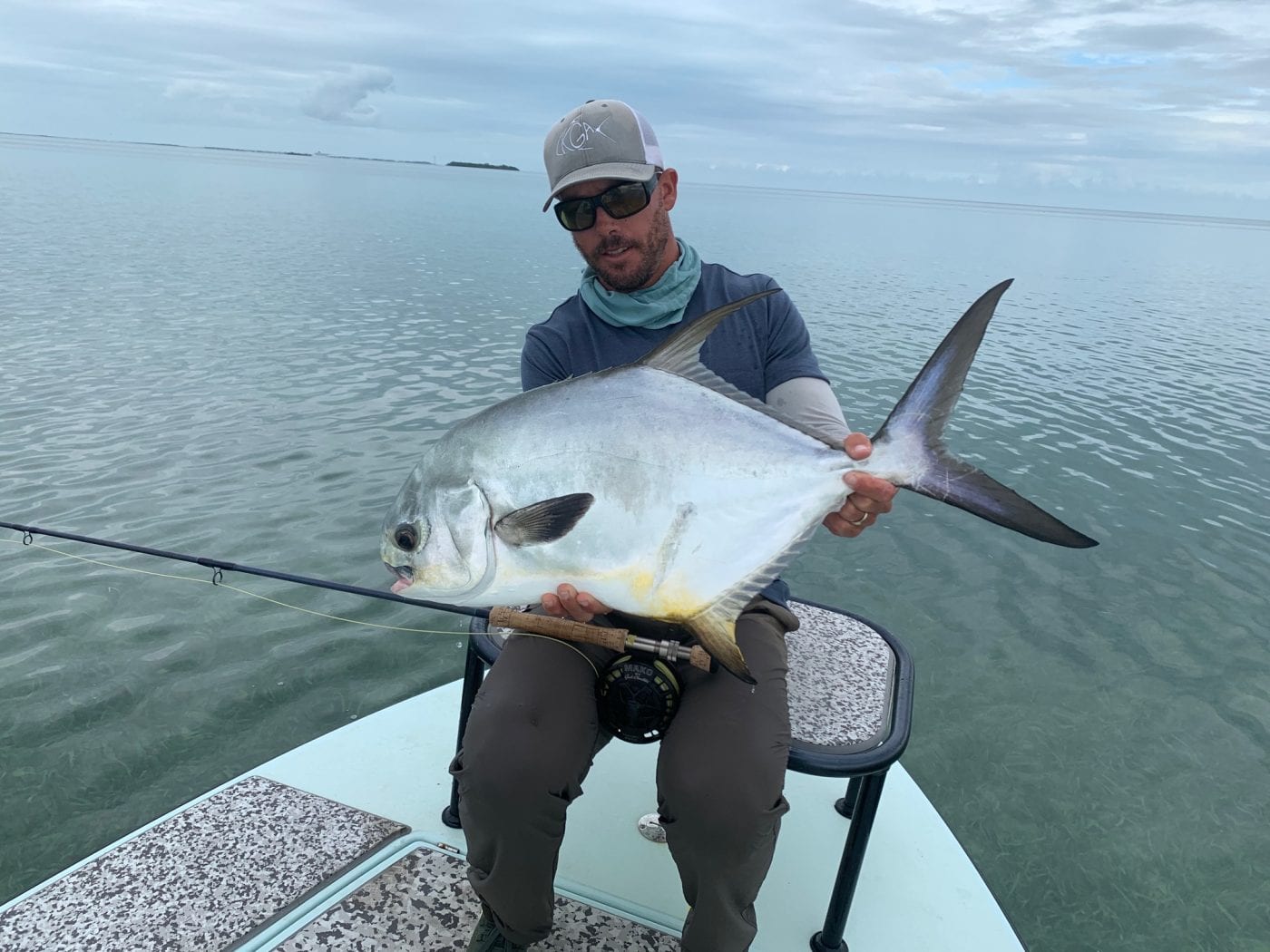 After this I felt that we had a strong chance to get another–we’d only been fishing for a few minutes before we had one, and things appeared about to get good. We kept our attention on the bank Ian’s fish had come from for an hour, never seeing another fish tailing before the light got too low and we headed home.

After the pair of days with Ian I spent a day on the water with Dustin Huff and Joe Rodriguez, two of my good friends and both phenomenal guides and anglers. Our plan was to have some fun, not take ourselves too seriously, and at some point go to Dustin’s “100% total guarantee” pompano spot. The first two of these happened without issue, though the latter was predictably not to be. We had a great day of grown men acting like boys type fun, and even have the pictures to prove it: 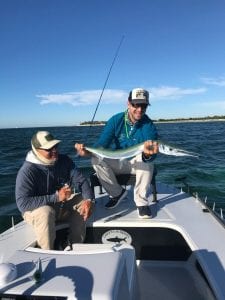 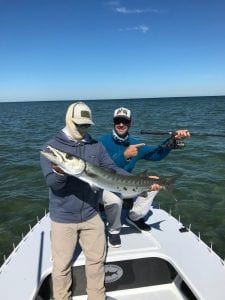 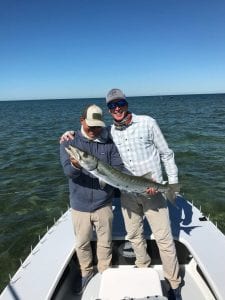 I’d like to thank Ian for two great days of fun fishing, and Joe and Dustin for a great day on the water catching barracuda and enormous houndfish (if not a limit of pompano as we’d been led to believe we totally would).

Earlier this week I fished a pair of days with Brandon Cyr, and we enjoyed some early season barracuda fishing. We also lost a permit, which was pretty lame, but a welcome reminder that they’re hard to catch and worth it when we do.

More to come–next week I leave for Mexico with my parents and cousins, and hope to encounter some giant snook and permit if the weather allows.