A few weeks ago I returned from fishing in Mexico with my family–both mom and dad, Kat (of course) and our Ocala cousins Jeanie and Scott. We had great weather for the time of year, and while we had consistent fishing the permit were in less than compliant mood. In total we fished five days, and within them found only four permit between the members of our group.
We lost a number of fish, to be sure, and had many more near misses. The crew at the Palometa Club worked hard for us, as always, and it was a pleasure to be back there and experience a new time of year. Personal highlights included my wife grabbing a nice fish for me, and a small one I caught on a long-form wading shot at a school that ended with me kneeling down in deeper water as a school passed by, waiting until I was behind them to get a fly in the middle of the tailing knot: 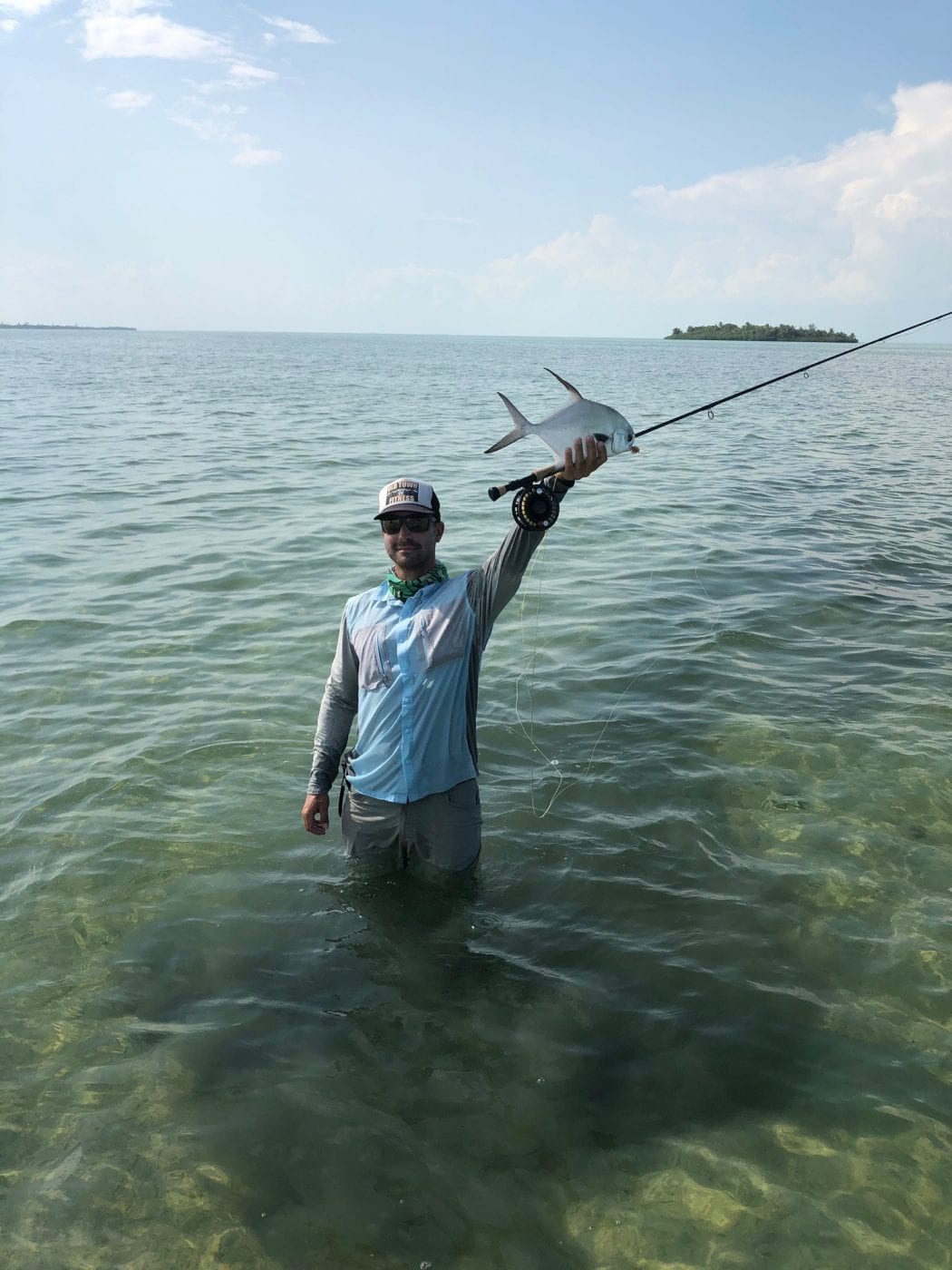 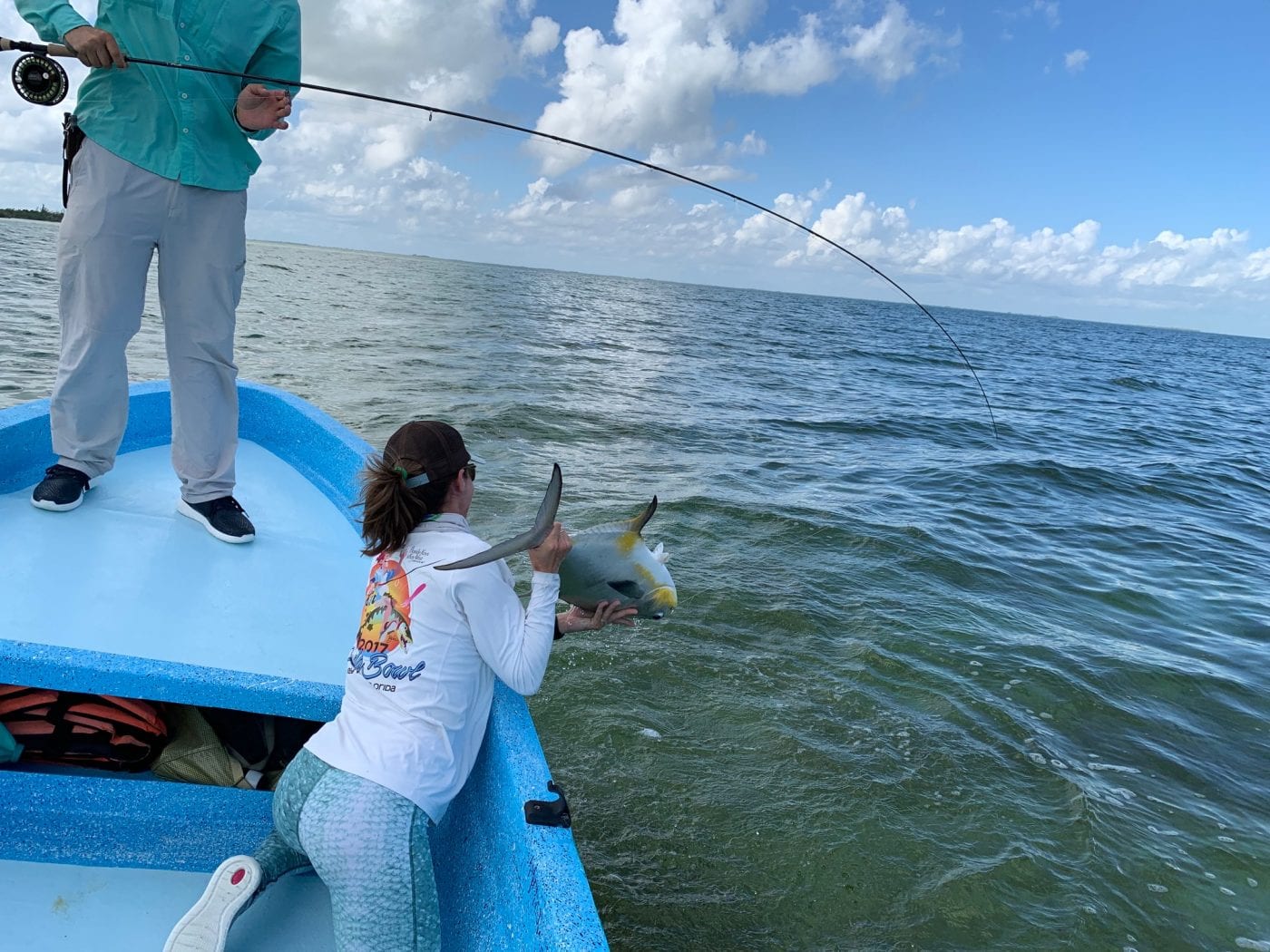 Other highlights include my cousin Scott Becroft getting his first permit, after losing two earlier in the week, on the last day of fishing. Vick and I found a huge school of fish in deep water, which we approached using a broom as a paddle, and couldn’t coax a bite from the mass of floating fish. My father caught his second permit ever, the first having been in Ascension bay in 1986. My mom brought with her a journal that she kept of their fishing from that trip, and reviewing it proved entertaining to say the least.

It’s worth mentioning how far the sport of permit fishing has come since that time, when there was little idea of how to catch these particular animals, and her discussion of putting splitshot on flies to make them sink was telling. It’s easy for us to forget that things we take for granted today were at some point the new ground that someone else cleared for us, and seeing how far we’ve walked is as cool as seeing how much work others did that we forget to give credit for is humbling.

I’ll be back at the Palometa Club in August with a rowdy group of degenerates, a repeat of the similar trip we took this past September, and I look forward to the crew as much as the fish. Lots will happen between now and then, and with the new year upon us it’s time to focus on fishing here for the next six months.

In the last few day I’ve been on the water some, trying to finish 2019 on a high note. I’ve been lucky this year as far as permit numbers are concerned, having left behind the light line record stuff for a time. That will change next year, when John and I have a number of days set aside for fishing on 4lb tippet, but for this year it was straight 16 and what I can only imagine will be my best personal year of permit catching on a fly rod. I landed the last one for the year yesterday with Ian Slater, and I was lucky for it: the fish we found were in little mood to play. 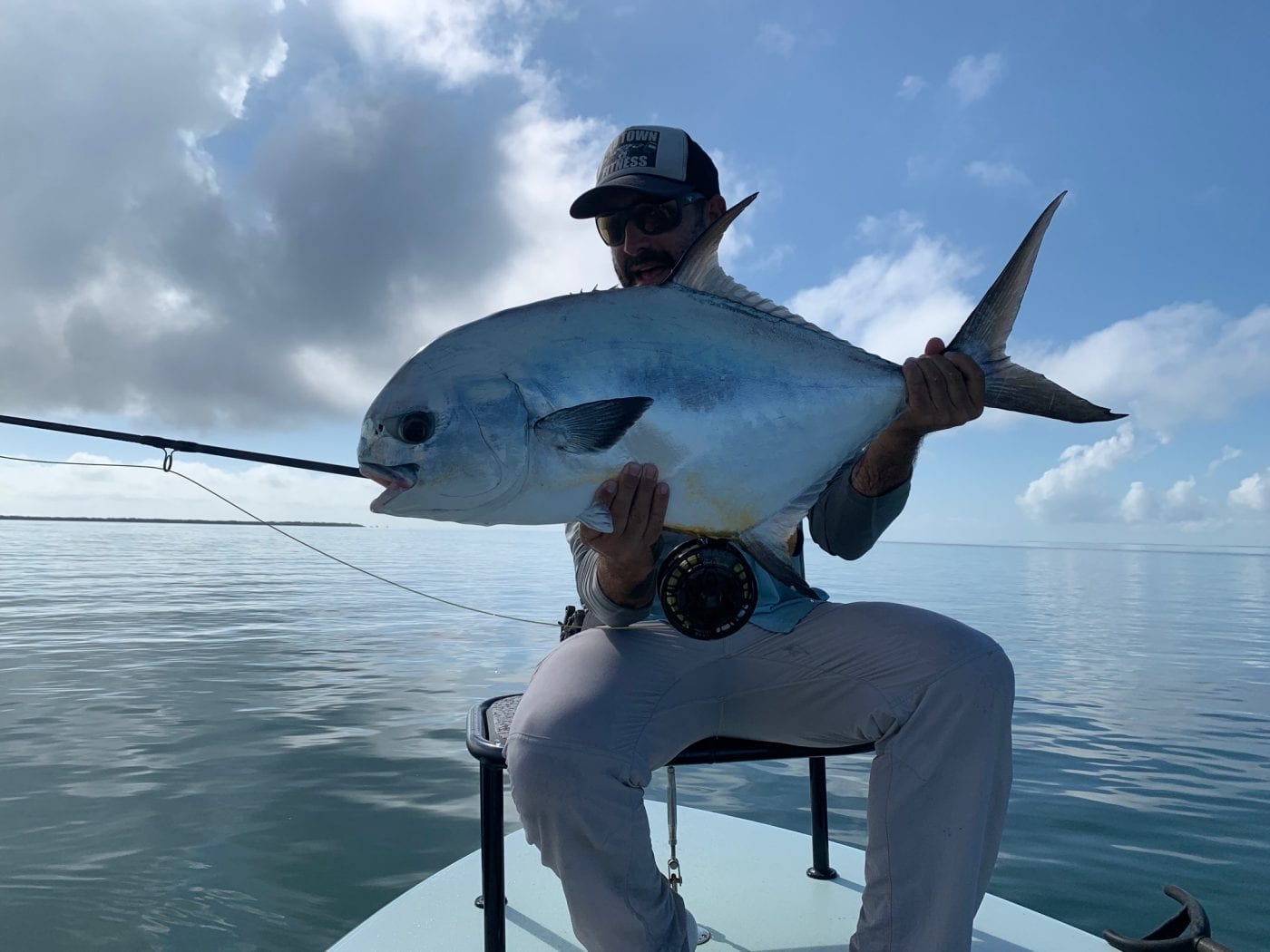 Happy new year to all the readership of these pages, and I’ll keep them coming.