Last week Wes Smith came to town. For those of you familiar with these reports, that’s not surprising: he’s been committed to the fishing down here for some time, and in addition to being one of the best roommates Kat and I have ever had he’s also becoming a fisherman that’s fun to watch, both in general and on the bow. Ian wasn’t able to fish one of their intended days, so he hooked up with Scott Collins and I got invited to spend yet another day this year chasing permit with someone that I haven’t caught one with in a few long years. Not for lack of trying, however–in the past year we’ve lost three of the things, making me feel more and more like a doofus each time.
We started in the morning, and straight away had a fair number of shots. We were battling the clouds for most of the morning, and while the fishing remained steady the shots seemed each to be interrupted by a lack of light. We had a few near misses before lunch, and while none worked out we were all sure that all we needed was a solid, controlled shot to give us what we were after. I had a pair of new flies we’ve been working on get snapped off by barracuda in the middle of some imperfect permit shots, and soon we were into the afternoon and still fishless.
Wes was up at our next spot, and he had a large single permit slide down the bank at him. He made a cast upcurrent of the animal, swinging the fly down to it, and we all got front row seats to a long match between Wes and the fish. After what seemed like a few minutes of back-and-forth Wes finally convinced the fish to get the fly into its mouth, and soon after that happened another two things took place at the same instant: the fish turned sideways in the current and kicked hard away from us, and Wes reared back with a strip set straight from Billy Pate circa 1984. These things led to the fish breaking off pretty fast, and while it was painful to watch one slip away it was equally cool to watch Wes talk the fish into something it was clearly unsure of so near the boat.
We kept on for a time, Wes having another good shot at a school of smaller fish on a grass flat before we returned to the same flat an hour or so later, hoping our luck might turn around. I had a shot at a single that ate, and fought it as if it was a tournament fish after losing so many with Scott in the past few months. We netted the fish easily, relieved that this one had escaped the ever-present sadness of permit fishing with a fly rod, and took some pictures to mark the occasion.
We was up next, of course, and in a few minutes he also had a shot at a single fish that he converted without issue. This one also made it to hand, and within 30 minutes we went from having a tough day to feeling on top of the world. Incidentally, the fact that in such a short period of time a day can become epic is one of the things I love most about permit fishing. Here’s what the fish looked like: 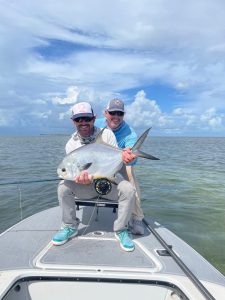 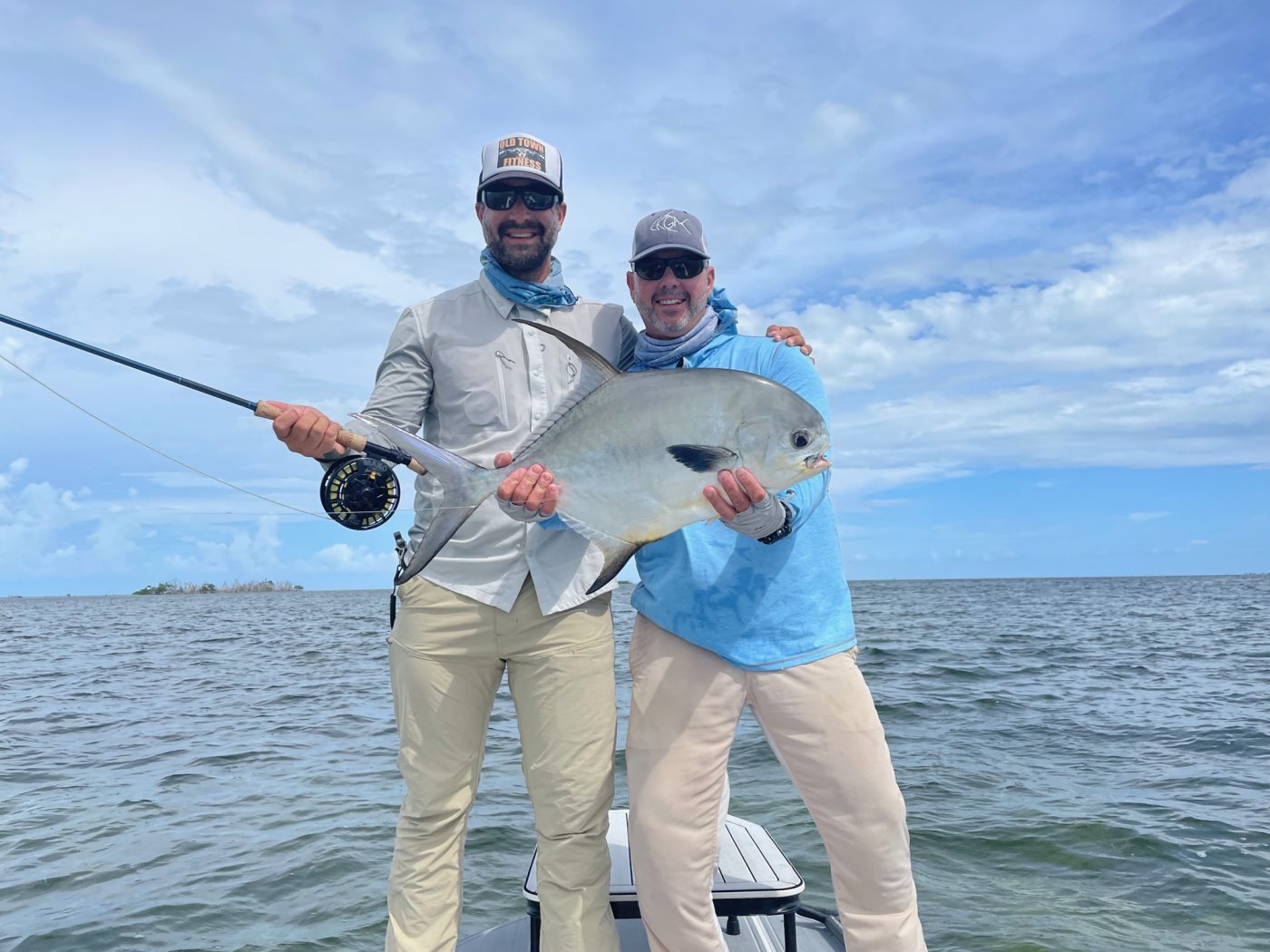 After that we kept on, hoping for a third but never getting one. We left when the tide quit, happy with what we had accomplished. I’d like to thank Wes and Scott for the time on the water, and I was incredibly impressed by both of their fishing. Next Friday I’m out with Scott again, trying some new things we’ve got work to do on. I figure as long as I’m not in the tournaments next year, I might as well have some fun and try to develop something worth coming back with in the event I decide to return.

After that I’ve got some time with John O’Hearn and Jason Schratwieser, throwing 4lb, and another day with Nick Labadie to try our hand with some 6. Did I mention I was looking for a way to stay occupied in the next few years while not fishing the permit tournaments? More to come, as always.