In the middle of the draft of this report, which I had intended to finish last Monday, Kat and I welcomed our baby girl, Violet Vallilee Linville. She’s running us a little ragged at the moment, which will mean that these pages are on the back burner for a bit, but I’ll be back on top of it in no time I’m sure. I had been doing lots of fishing, the highlights of which include my last permit tournament for a while, during which John O’Hearn and I caught no fish. We did, however, catch three on the day before the tournament, one of which was a huge fish that had been tagged and implanted with an acoustic tag by BTT three years ago for Project Permit: 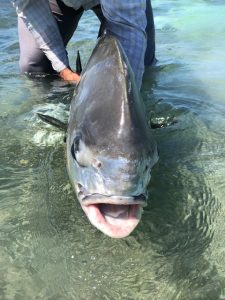 John also had a chance to fish himself, and despite my inability to move the boat the way I would want to had I been him he was able to catch a permit himself: 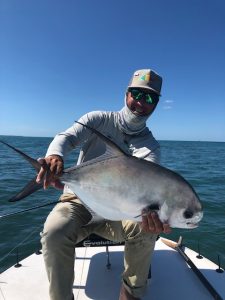 The tournament was won in spectacular form by Chad Huff and Scott Christian, who caught four fish on the last day to narrowly beat out Will Benson and Evan Carruthers for the Grand Champion spot. Shane Smith and Permit King (also but seldom referred to as Chris Stinnet) caught the largest, as well as taking third place honors.

Brandon and I got second place in the Fall Fly Bonefish Tournament, losing our lead we established on the first day with a 9lb12oz bonefish to Rick Carl and Jay Decker, who caught one larger on the last day.
John and I were in pursuit of the four pound permit record after that, losing one to a crab trap and catching a smaller one for a photo-op: 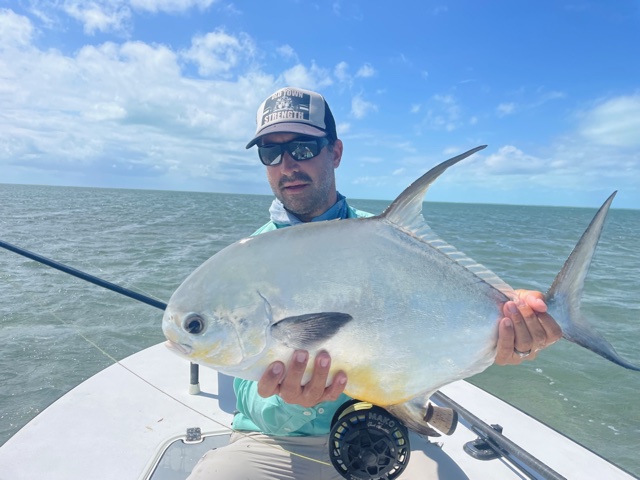 That’s it for now. I have no fishing planned in the next couple months, but the shop is obviously still around and I’m a father now, which is pretty cool.

More to come, of kinds I’m totally unsure of but excited about.